I Like "Accidental Friends" Who Come into Your Life Unexpectedly 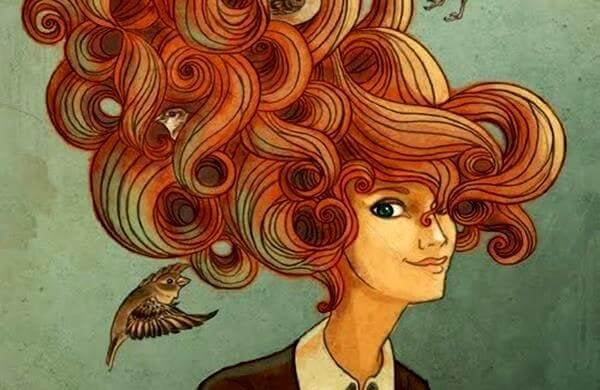 I like “accidental friends,” the ones who cross the doors of your heart when you least expect it. They bring colorful winds along with them, make you smile when your hopes have been extinguished, and settle into your soul as if they were already a part of it.

It’s interesting how sometimes, we get to a point in life where we’re so linked to our network of close friends and family that we leave no space for anyone else. Until one great day, when someone arrives unexpectedly and changes everything.

Some people are wonderfully unexpected. They call at the door of your life when you need them the most. People with magic in their hearts and light in their eyes. People who are capable of incredible things. They bring you happiness and make you grow again.

Accidental friends are strange in that they suddenly become a part of your family. They rise up as exceptional friends when you need them the most, or they might even become your new partner. Lovers who arrive suddenly when you’ve already given up on love. But the most interesting thing of all is that you recognize your compatibility instantly.

Experts call it a sixth sense, an emotional sense that we’d like to explain to you further.

Accidental friends come when you need them the most

One of the most famous friendships in the world of literature is the one between Henry James and Robert Louis Stevenson. These two great novelists of the 19th century, despite having quite different lifestyles and writing styles, always enjoyed an exceptional, almost magical admiration for each other.

It all started in 1884, when Henry James published an article in Longman’s Magazine praising a novel that had just been put on the market a few months before called Treasure Island. A few days later, Stevenson himself responded with another article, thus beginning a relationship made up of letters and unforgettable meetings where they would talk about life, literature, art, and philosophy.

Stevenson always praised their friendship. According to him, it happened at just the right time, when he needed it the most. His health wasn’t very good, and his mood fell during those times when he would spend weeks in bed with a fever. He found his only refuge in the letters that Henry James wrote to him.

Unfortunately, the creator of Long John Silver, whom the natives of the islands of the South Pacific called “the storyteller,” left this world at an early age following a stroke.

The loss left a lasting mark on Henry James. It was a friendship woven from admiration and the union of two minds that were passionate about literature, art, and life. The friendship truly stimulated the two souls, who harmonized almost instantly, despite having such different literary styles.

The sixth sense of personal relationships

Let’s reveal something important: people don’t have just 5 senses. In fact, we have more than 20. William James, celebrated psychologist and brother of Henry James, identified many of them during his time, including nociception, proprioception, and kinesthesia.

Intelligence will always lead to the right answers, however intuition and the sixth sense will never be wrong.

The sixth sense is without a doubt one of the most important. It does not fall under the magical or supernatural realm, but rather it has to do with intuition, the capacity to look inside and understand your emotions, to awaken your creativity and connect better with your environment and the people around you. In doing so, you’ll be able to establish more authentic and meaningful bonds.

The subconscious and the sixth sense

It’s not that unusual to have accidental friends come into your life without knowing how it happened. Maybe Henry James and Robert Stevenson didn’t know each other, but the sixth sense that we all have showed them through writing that they had a great affinity for each other.

Experts talk about the influence of the subconscious, where many of our emotions, experiences, and sensations are stored. Over the years, we create strong neural connections between certain experiences and personality types, which we identify with instinctively, without realizing.

We experience these sensations quite often. We’re attracted to certain details without knowing why. We avoid certain people and situations without understanding the reason behind it. This is all part of our emotional sixth sense, and this is what makes us so receptive to accidental friends. We click with these people so amazingly because the brain identifies them as kindred spirits.

As you can see, true magic is found within ourselves, within the intimate cerebral architecture that orchestrates our emotions. This is what allows us to connect with our soulmates, who provide us with their greatness, their afternoons full of coffee and laughter, their how are you’s and I’m here for you’s.

Don’t hesitate to let them into you life. Because accidental friends, who clear your stormy skies, can turn out to be some of the best people in your life.

As your worries grow, so does your need to disconnect from those worries. That's when meditation becomes all the more valuable.…

Wellness
Can You Be Happy Single?

We've been indoctrinated with the idea that a person is complete only once they've found their "other half." In fact, until recently, being single at a certain age was frowned upon.…

Wellness
Letter From a Mature Woman

Maturing implies accepting ourselves and above all else making peace with our “womanly being.” It may involve going through a difficult time where the darkness of our problems can stop us from seeing…