Sometimes It's Smarter to Bet on Intuition 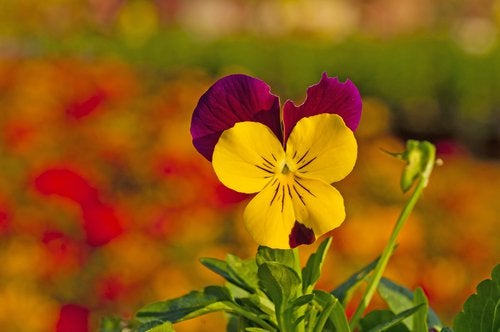 We all know what intuition is. If we reflect, we will discover how intuition has helped us in a great number of different situations, especially at times when we are not provided with sufficient information but we have to make a decision anyway.

And if we think about it, our intuition has served us well. We are confronted with thousands of questions that we must consider in our lives, for example the choice of a significant other, whether to trust someone we just met, if we should choose this job or that job. If we reflect, we have solved all of those, one way or another, by using our intuition.

So, the majority of us have a good idea what intuition is, but to learn a bit more about this phenomenon we turn to Gerd Gigerenzer. Gerd Gegerebzer is a psychologist and in addition to directing the Max Planck Institute of Human Development in Berlin, he is an expert in the study of decision-making and has published several books, some of which emphasize the importance of “gut feelings.”

For Gigerenzer, intuition is part of evolution, like almost everything in life. Our brain has evolved learning a few general rules over thousands of years, which we resort to when we need answers. Curious, isn’t it? This phenomenon is called “rules of thumb” or “heuristics.”

We use heuristics so that we can ignore information in order to make a decision quickly. And for Gerd Gigerenzer, intuition is what brings us to make decisions faster, and usually correctly in the majority of cases, than if we were to overthink the problem.

As proof of this, Gigerenzer tells us a fun anecdote, related to the choice of one’s significant other.

What if, when we meet someone, we begin to imagine and calculate a possible future that might await us with that person. In the end, maybe it isn’t with that person after all. In fact, Gigerenzer affirms, that he has only ever met one person who rationalized to the furthest degree when he picked his wife. “I have only found one person who did this, and he was an economist. Now he is divorced.”

On the Spanish television program Redes, produced by Eduardo Punset, Gerd Gigerenzer was interviewed and said:

“Yes, there are many examples that corroborate this, but allow me to cite a very simple one: imagine that you are on the show “Who Wants to be a Millionaire?” and you get to the million dollar question, and it is the following: “What city has a higher population, Detroit or Milwaukee?” What do you think? The clock is ticking… well we asked this question to some Americans, and there was a division of opinions: 60% leaned towards Detroit (the correct answer), but the rest opted for Milwaukee. Later, we asked Germans this question, who know little about the city of Detroit, and most of whom had never even heard of Milwaukee. What do you think happened? What proportion of Germans do you think got the question right? Surprisingly, almost all of them. Much more than the Americans: 90%.”

“In the sea, like in love, the best route is often to follow a hunch, rather than get the answer from a library.”

Link copied!
Interesting Articles
Culture
How Can I Get My Kids to Do Their Homework?

Every afternoon after school it's the same "tragedy": homework time. It's nothing like the image they project in commercials. No, it's…

There are many variables that determine whether or not you'll have a car accident. Some depend on the vehicle or the place, and others depend on the driver. The driver's experience…

Antonin Artaud's quotes are beautiful. Antoin explored practically all literary genres, although he became famous as a poet and playwright. As a…

The Washoe Project is both fascinating and moving. It involves a female chimpanzee named Washoe, considered the first non-human animal…