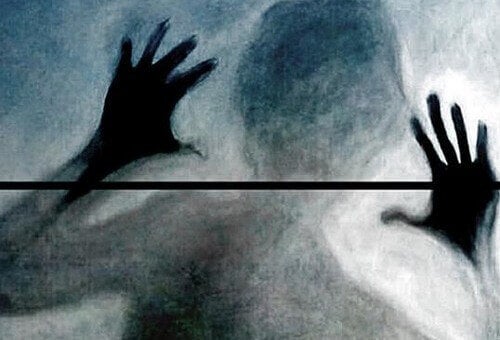 Sometimes, other people’s behavior can be disconcerting and completely incomprehensible from our perspective. You’ve probably wondered many times about other people’s personalities without finding any answers.

Personalities are not rock solid or perfectly carved out. Rather, there are many different bumps and crevices. However, sometimes these crevices are so deep that they end up breaking the person and becoming the most characteristic part of the structure of their personality.

Certain sometimes disturbing characteristics can present in a person, not as an exception, but as a habitual pattern of behavior. These are known as personality disorders.

What are personality disorders?

A personality disorder is a pattern of behavior that becomes evident towards the end of adolescence and the beginning of young adulthood. Their behavior tends to change their relationships with others.

Some of the most rejected personality disorders

Remember that certain maladaptive features can become habitual behavior that remains stable over time and in different situations. We’re going to explain some of the personality disorders that cause the most distress.

People who suffer from this disorder are characterized by a general pattern of grandiosity and the need to be admired by others. They have a high sense of self-importance, and they’re preoccupied by fantasies of limitless success, power, brilliance, beauty and love.

Narcissists tend to present arrogant attitudes and a lack of empathy. They utilize relationships as a means to achieve their goals. They consider themselves to be special and unique. They’re pretentious and exploitative, and they display a lot of envy.

People who suffer from this disorder are characterized by a distrust or suspiciousness towards their environment, and they interpret other people’s behavior as malicious. They constantly think that everyone is conspiring against them, or that they’re receiving unfounded insults and accusations from certain people. You can recognize them because they treat your intentions with suspicion and mistrust.

They’re obsessed with loyalty, and they suspect that others will betray them at any moment, and that the information people know about their lives will be used against them.

This leads them to be reluctant to establish intimacy and trust. What’s more, if they think they’ve been betrayed, they harbor resentment for a long time, continuously referencing these grievances. It’s not strange that this behavior is shown more acutely towards their partners, as they constantly think they’re being unfaithful.

This personality disorder shows a general pattern of instability in interpersonal relationships and one’s own self-image, as well as notable impulsivity, which starts at the beginning of adulthood and occurs in diverse contexts. They tend to blame other people for their distress.

It’s called “borderline” because these people border on extreme neuroticism, which can lead to psychotic episodes in some situations.

Along with depression, this disorder seems to be the fastest growing among the population, which is why we’ll explain it in more detail. People who suffer from this disorder are characterized by a pattern of unstable relationships. Everything is either negative or positive, without the possibility of being in the middle.

The most troubling part of borderline disorder is the regulation of emotions. Therapy is usually focused on the person being able to validate themselves and modulate, accept, and regulate their emotions.

Many theories, like Anthony Bateman and Peter Fonagy’s mentalization theory, say that these people are incapable of understanding themselves and others in subjective terms. That is, they convert their anguish directly into action, without going through a mental filter.

Their distress, unable to be understood rationally, materializes in compulsive actions. Self-harm and the possibility of suicide are greater in this disorder than others. Another popular therapy for this disorder is Marsha M. Linehan’s Dialectical Behavior Therapy.

Linehan herself suffers from this disorder, and she developed the idea that there is a biological predisposition for this disorder, but environmental factors trigger the “outbreak.” Some movies have explored this disorder, such as Girl, Interrupted, and the Spanish move La Herida (The Wound).

This disorder is categorized as a fearful or anxious personality disorder. These people present a pattern of behavior that displays a general, excessive need to be cared for by someone, which results in submission, dependence, and fears of separation.

Dependent people are afraid of making decisions by themselves, and they need the reassurance and reaffirmation of others.

Dependent people tend to desperately look for partners, even if they don’t feel truly emotionally involved, simply to avoid feeling abandoned and alone. Sometimes, if they feel abandoned, they try to get attention by pushing certain limits and blaming other people.

People with this disorder present a pattern of excessive emotions and attention seeking. They act seductive, dramatic, and enthusiastic in their quest for attention. These behaviors are related to egocentrism and the inability to accept unrest in their social relationships.

Histrionic people are characterized by wanting to be the center of attention at any cost, whether it’s with airs of grandiosity or excessive victimization.

They appear to have good social skills, but their excessive dramatics and theatricality tend to erode the relationships they maintain. They don’t tolerate frustration well, and any type of abandonment or sign of indifference towards them is an intolerable offense, which causes them a lot of distress.

Link copied!
Interesting Articles
Psychology
The Energy Others Give Off Affects How We Feel

We tend to absorb other people's energy. This explains why there are people who feel uncomfortable in or around certain groups of…

Do you have a challenge and want to overcome it? Well fight with all your strength and you'll get a…

Passive violence seems almost paradoxical. Violence makes us think "active", so in principle, they would be two incompatible ideas. But in…

Not forgiving is not healthy. Distancing yourself from the pain and anger caused by an offense that someone made towards…

Throughout history, different models have tried to explain disabilities, but in this article, we're going to elaborate on the model…