Happiness According to 5 Famous Philosophers 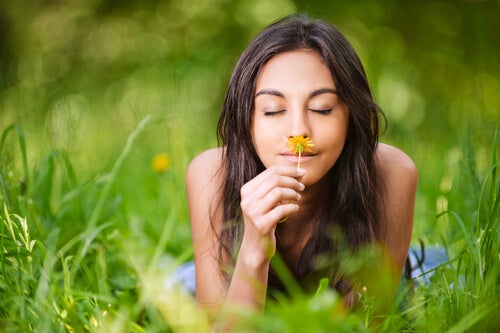 Happiness is one of the hardest words to define. Mystical happiness has nothing to do with the happiness of a powerful man, or with that of everyday people.

In our daily lives we encounter different definitions of this word. If we look to philosophy, there is also a wide and diverse range of approaches to this concept.

This article will explain and discuss a few of these philosophical points of view.

“All mortals go in search of happiness, the sign that tells us none of them have it.”

For Aristotle, the most notable of the metaphysical philosophers, happiness is the highest desire and ambition of all human beings. In his opinion, the way to reach it is through virtue. In other words, if one cultivates within oneself the highest virtues, he or she will reach happiness.

More than just a tangible state, Aristotle believed that it is more a lifestyle. The key characteristic of this way of life is to constantly exercise and extract the best of each individual.

It is also necessary to practice prudence of character and have a good “daimon,” meaning good fate or good luck in order to lead a full and truly happy life. For this reason, his thesis on happiness is known by the name “Eudaimonia” or “Eudaemonism.”

Aristotle provided the philosophical base on which the Christian church was built. Considering this, great similarities can be found between this great thinker’s ideas and the principles of Judeo-Christian religions.

Epicurus was a Greek philosopher who contradicted metaphysical philosophers. In contrast to their beliefs, he did not believe that happiness came only from the spiritual world, but rather that it also had a great deal to do with more earthly dimensions.

In fact, Epicurus founded a school of thought called Epicureanism, and actually had his own school which he called “The Garden.” Many interesting ideas and conclusions come from Epicureanism.

He proposed the principle that balance and temperance were what created space for happiness. This idea is captured in one of his greatest maxims: “He who is not satisfied with a little, is satisfied with nothing.”

Epicurus thought that love had little to do with happiness, and that friendship, instead, was more important. He also insisted in the idea that one should not work for money to be able to buy goods, but rather for the love of the work.

Nietzsche and the criticism of happiness

According to Nietzsche, to live peacefully and without anything worries is the desire of mediocre people who do not give any greater meaning to life.

Nietzsche disagreed that “happiness” could be a constant state of wellbeing. He felt it was an ephemeral, fleeting condition that could end at any moment.

Nietzsche said that described happiness as an “ideal state of laziness.“ In other words, to not have any worries or distresses.

He felt, in contrast, that contentment could only be found in having vital strength and a fighting spirit against all of the obstacles that limit liberty and self-assertiveness.

Being happy means being able to prove this vital strength by overcoming adversity and creating original ways in which to live life.

José Ortega y Gasset and happiness as a convergence

For this Spanish philosopher, a state of contentment is found when “the projected life” and “the effective life” coincide. In other words, when the paths of what we want to be and what are truly are converge.

In his writings, he notes:

“Furthermore, strictly speaking, this answer does nothing but tell us what this subjective state of complete satisfaction is made up of. On the other hand, what objective conditions must be in place in order for us to find that which will satisfy us.”

According to Ortega y Gasset, all humans have the potentiality and desire to be happy. This means that each person defines their reality and what can make them happy. If a person is able to truly achieve and reach that reality, then they will be happy.

Slavoj Zizek and happiness as a paradox

This philosopher indicates that being truly happy is a matter of opinion, and not of truth. He considered satisfaction and contentment a product of capitalist values which implicitly promise eternal satisfaction through consumption.

However, dissatisfaction reigns within humans because in reality, they do not know what they want.

Each person who believes that if they reach something (buy something, raise their social status, accomplish something, etc…) they will be happy. But, in reality, unconsciously, what they want to reach is just another thing and therefore they will be remain dissatisfied.

What is happiness for you?

Let’s not kid ourselves: family is one of the most common scenes for toxic relationships. Relationships with family may be some…

Wellness
I Want You to Prefer Being with Me

Saying that we don't need certain people to live is turning a blind eye to clear evidence. We all crave…

They say that doing the right thing means forgetting about yourself and sacrificing for others, but this isn't always true. It's possible to do the…

Wellness
Are You Suffering From Emotional Abuse?

Emotions
Are You Addicted to Distress and Anxiety?

Are you bored in your relationship? Do you have a tendency towards self-sabotage when everything is going well? If you…