Learn All about Clonazepam (Klonopin)

By boosting the inhibitive effects of GABA, clonazepam reduces the activity of your central nervous system. In doing this, it can help prevent seizures. 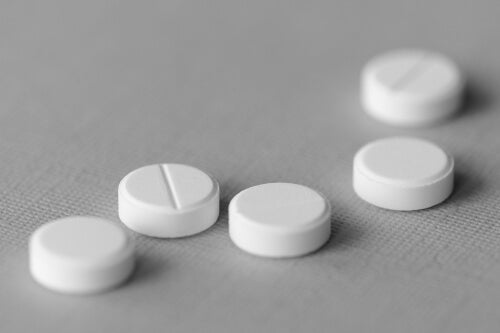 Clonazepam, commonly known as Klonopin, is a widely used medication. It affects the way your central nervous system works. In this article, we’re going to analyze when you should take it, its effects, and the precautions you should take if your doctor prescribes it to you.

Clonazepam, sold under the brand name Klonopin, is a benzodiazepine. It’s mostly used as an anti-epileptic treatment for children, teenagers, and adults.

You can find this medication in many different forms on the market. You’ll see it as anything from a pill to an oral drop or an intravenous or intramuscular injection.

The intravenous forms of this medication are common for the treatment of status epilepticus. You’d mostly use the intramuscular injection in extreme circumstances.

As we mentioned above, clonazepam is a benzodiazepine. That means it has anti-epileptic, sedative, muscle-relaxing, and anxiety-reducing effects. That being said, it’s mostly used for the treatment of epilepsy.

This medication should be taken in cases of:

This medication also helps treat absence seizures and atypical absence seizures. It’s also effective for treating panic attacks in some cases. On top of that, it can be used as a mood stabilizer. A doctor may prescribe it on its own or combined with other medications.

Similar to other benzodiazepines, clonazepam works by increasing GABA neurotransmissions. GABA, or gamma-aminobutyric acid, is an inhibitory neurotransmitter. What this medication does is activate your GABA receptors, which increases the effects of the neurotransmitter by causing your brain to release more of it.

As we mentioned above, GABA is an inhibitory neurotransmitter that relaxes your brain and slows down neuron activity. It’s related to other conditions such as depression, schizophrenia, epilepsy, bipolar disorder, and many more.

Thus, by increasing the inhibitory effects of GABA in your brain, clonazepam slows down the activity of your central nervous system. One thing that does is prevent seizures.

Side effects of clonazepam

Here are some of the most common side effects of this medication:

If you notice any undesirable side effects while taking this medication, you should talk to your doctor. They’ll make a decision about whether you should stick with the treatment, change the dosages, or switch medications. The right dosage and medication vary from person to person, which is why this is often a trial and error process.

You should never stop taking this medication without your doctor’s approval. This medication can cause dependence and lead to withdrawal if you stop it suddenly. Although that’s mostly an issue with long-term high-dosage treatments, it can happen if you stop the medication cold turkey.

Here are the withdrawal symptoms of this medication:

If you want to go off the treatment, talk to your doctor. This will help you avoid these symptoms. Your doctor will tell you how to progressively lower your dose until you can come off the medication entirely. We can’t repeat this enough: never hesitate to talk to your doctor if you’re having problems.

It’s also worth talking about what happens when you take too much clonazepam. In case of overdose, you may suffer from drowsiness, nystagmus, lack of coordination, and difficulty speaking. You may need to get treatment to fight the symptoms. In some cases, you’ll need to take flumazenil, a benzodiazepine receptor antagonist.

You can never forget that clonazepam is a central nervous system depressant. Because of that, it can increase the effects of other substances such as alcohol. You should also avoid combining it with highly caffeinated drinks.

Learn All about Antipsychotics
Antipsychotics are only available with a prescription. They're approved for treating mental health problems with psychotic symptomology. Read more »
Link copied!
Interesting Articles
Psychopharmacology
Agomelatine: An Atypical Antidepressant