What Exactly Are Mood Swings And How Do They Affect You? 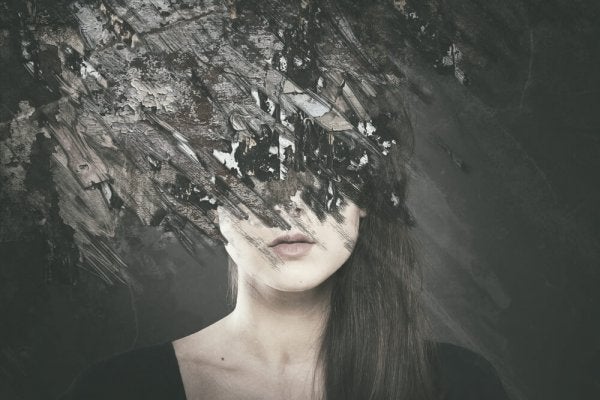 If there’s one single thing that’s true about emotions it’s that they’re universal…but every culture has its differences. A smile can mean something different than we think, and a furrowed brow can convey something different than our words. But besides what people express and recognize depending on what country and culture we look at, our overall feelings are the same. But when our emotional states get out of control, we’re looking at mood swings.

The ability to identify what’s happening to the person in front of you makes you feel comfortable and reduces your uncertainty. When you meet someone who’s sad, you identify it, understand it, and might even start to empathize. That is, you’re familiar with the territory and you generally know how to respond in a more or less appropriate way. So what happens when you meet someone who’s showing signs of out of control emotions?

“Cheris your own emotions and never under-value them.”
-Robert Henri-

Now is a good time to clarify something about what the awful expression “they’re bipolar,” means. We often hear one person describe another as “bipolar” just because they don’t understand how the other person’s mood can change so quickly. Bipolar is a serious mental illness, also known as manic-depressive disorder.

According to the doctor Fred K. Berger (2016), these phases can last days or months. There’s a psychiatric diagnosis and specific treatment for these kinds of issues. So what we casually refer to as bipolar is actually much closer to a mood swing.

Mood swings aren’t exactly considered a mental health issue or illness. So what are they and what do they refer to? They’re basically out of control emotions. There’s a sense of a lack of regulation in a person’s feelings and expression of basic emotions.

People who display these episodes of sadness and happiness have, for example, moments of uncontrollable sobbing or inappropriate laughter. It’s a symptom that links with certain conditions like autism or schizophrenia. But apparently healthy people can also suffer from this.

Mood swings belong to the “spectrum of affective problems.” Affectivity is the group of responses a person feels and expresses towards internal factors (thoughts, etc) or external ones (work, family, social situations, etc). What’s the cause of these changes in mood or state of mind? Is it biology or is there a thought pattern behind it?

“We are dangerous when we are not conscious of our responsibility for how we behave, think, and feel.”

There’s a real element to all this that might mess up, change, or stop working properly without us being able to do anything about it. Brain damage is the main cause when it comes to excessive mood swings, and it’s absolutely limiting.

We normally see these kinds of problems in people who have MS, ALS, cardiovascular issues, Parkinson’s, or Alzheimer’s. During a complicated affective moment we’ll have a hard time regulating emotions and expressions that belong to the same group, like sadness. Don’t confuse this with depression, though, because there are characteristics of depression (like appetite) that aren’t affected by mood swings.

So what are and aren’t mood swings

Mood swings surprise anybody who witnesses them. Exaggerating an otherwise neutral comment or laugh, or crying uncontrollably at an un-dramatic situation are warning signs.

We probably know someone who’s in the middle of or has gone through a traumatic divorce. They might have moments of relief during the week where they seem sad and sob. They might have other relaxed moments at a dinner with friends or watching a TV show. This doesn’t mean they’re having mood swings.

We also know that we can influence people’s emotional regulation in some way or another. There are studies and reviews being done by universities that officially prove this (R. Company, U. Oberst, and F. Sánchez, Psychology Bulletin, No. 104, 2012). In the case of mood swings, the margin for action for the surrounding people is very limited, if not completely nonexistent.

“Emotions can get in the way or get you on the way.”
-Mavis Mazhura-

Having mood swings isn’t a condition,  it’s just a temporary out of control state. Besides the serious cases, the person involved usually has stable moments in between. This affective problem can have really important consequences on a social and work-related level.

The person might undergo isolation, depression, or anxiety problems. If you find yourself experiencing these feelings, you should go to a doctor so they can do an evaluation, refer you to a specialist, or outline treatment if necessary.

Depression Rates Have Risen by 18%
According to concerning data from the World Health Organization (WHO), depression rates have risen by 18% all around the world. Read more »
Link copied!
Interesting Articles
Psychology
Boreout Syndrome - The Total Opposite to Burnout

Psychology
Don't Be Seduced by Your Evil Side

Everybody thinks it's repulsive to wish harm upon someone or actually hurt them, but have you ever been tempted or…

Tantrums, crying, screaming, biting, hitting ... When it comes to parenting, sometimes we don't really know how to stop inappropriate behavior. But…

Psychology
You Won't Forget, But You Can Rebuild Your Life

Psychology
The Value of Being Loyal to Yourself

The value of being loyal to ourselves is enormous. To prove that being true to yourself can provide great benefits to…