How Far Do We Go to Get Approval From Others? 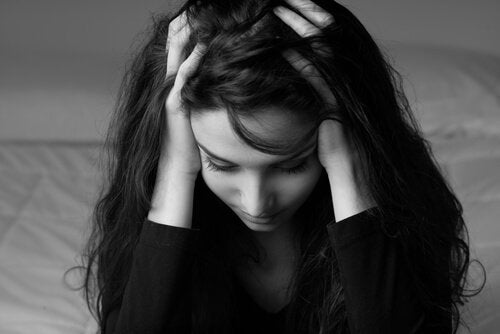 We all like to know that the people around us value and approve the way we are and the choices we make. This dependency is not a weakness. It’s actually quite healthy as long as we maintain a balance that guarantees the independence of our actions and decisions. If getting people’s approval doesn’t guarantee that independence, then we have a problem.

We all need to feel like we’re being taken care of, validated, encouraged. and supported. These needs constitute a healthy dependence. In fact, satisfying them in a healthy way helps us be more autonomous at determined moments.

That’s what interdependence is, which involves both giving and receiving. This is necessary for our survival, as well as the survival of our relationships. However, things aren’t always that way. That’s when overdependence surges. It’s basically an intense need for other people’s approval.

When we direct most of our energy towards pleasing others to get their approval, we enter a dangerous cycle. Being overdependent can make us feel empty, inadequate, lost, confused, and insignificant.

When the goal is to get other people’s approval

To better understand ourselves as adults, it’s important to analyze some aspects of our childhood. The first factor of influence is the way we received approval and disapproval from our parents and caregivers. This can be closely related to what we currently do to get approval or avoid disapproval. In some way, our brain might have ended up programmed with behaviors that defend us from other people’s disapproval. Consequently, this could jeopardize our current relationships.

The defenses we created during childhood when we felt like our caregivers didn’t love or care about us enough were probably very useful at that time. However, as of now, those defenses make it difficult for us to build new relationships based on trust and intimacy. Ironically, these same defenses can also keep us from achieving self-approval.

What do we do to avoid disapproval?

We tend to act inadequately when trying to seek the approval of other people. These dysfunctional behaviors sabotage us without us even realizing it. According to Dr. Leon D. Seltzer, these are some dysfunctional ways to avoid disapproval:

You’re a perfectionist or always pressure yourself to do better

This dysfunctional behavior makes you feel obligated to try to do everything as perfect as possible. This way to try to avoid people’s disapproval doesn’t have anything to do with the pursuit of excellence (which might be healthier and more selective) or the motivation to be better. This attitude makes you feel like being good enough is not enough. So when you feel like you’re not the best, you automatically conclude that you’re not good enough.

Being the best version of yourself doesn’t mean being the best at everything. Or maybe it does. The thing is that you won’t be able to find out if you don’t stop focusing your efforts on being what others expect you to be (or what you think they expect from you).

You avoid starting any project in which you could fail

If failure is extremely associated with your parents’ disapproval or rejection, you could also be reluctant to start any new project where success isn’t guaranteed. This aversion to risk may have originated in your childhood or in other situations where you did decide to take a risk and didn’t get the expected results.

It’s important to remember that successful people are successful because they’re not afraid of failure. In fact, they take advantage of it because they know that it’s the first step to success.

You keep a “safe” distance from others

If during your childhood you gave up on trying to get approval from your parents because nothing ever helped you feel connected to them, you’ve probably reached a point where you deny the need of attachment. Automatically keeping a distance from others tends to be something that we learn from our experiences throughout the years.

If you didn’t get the support and approval you needed when you were a child, it’s likely for you to have trust issues now. Your instinct to protect your ego will force you to keep others at a distance. As a consequence, you won’t be able to feel intimately attached to anyone. In fact, anger is the most commonly used type of defense mechanism when it comes to keeping others away.

This fourth dysfunction behavior consists in having a complacent and codependent attitude. If you learned to put other people’s thoughts and needs before your own, you’ll probably keep on doing the same thing when you grow up.

With that complacent and codependent behavior, you take more responsibility for other people’s thoughts and feelings than for your own. If you used to put your needs first when you were a child and that consequently caused your parents’ disapproval, you’ll probably think others will reject you if you put yourself first as an adult.

If you’ve seen yourself reflected in any of these behaviors, it’s a good time for you to really think about what you’re doing that’s keeping you from feeling satisfied and happy. You can’t change the past, but you have control over your present and your future. You can reboot your brain. If you find you can’t do it alone, ask for help.

3 Strategies to Fight Your Need for Approval
Fighting the need for approval (and winning) can be one of the best things you can do for yourself. This need has a lot of negative side effects. Read on! Read more »
Link copied!
Interesting Articles
Sports Psychology
Why Should Non-Athletes Care about Sports Psychology?

Do you know how many Nobel Prizes have gone to men in its 120 years? What about women? The proportion…

Psychology
To Coexist in Peace, You Must Add Not Subtract

I'm at that point in my life where half truths, false appearances and profit-seeking beings are simply exhausting. This world…

Psychology
I Might Do a lot of Crazy Things, But I'm Not Crazy