A gestural language is a form of silenced communication and complements words. Psychologist In this article, Marcelo R. Ceberio discusses it and its relationship with the various types of distance during face to face communication. 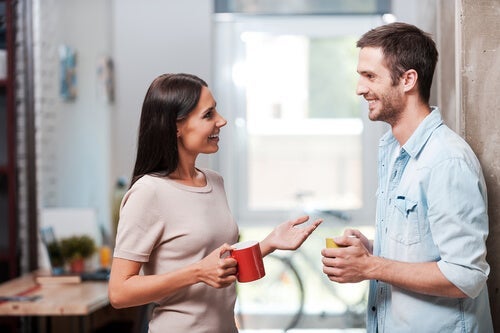 Although technology limits face-to-face dialogue, it’s still important to establish a good means of communication. This is because the language of gestures is the great silent communicator. In fact, it says more between the lines. Also, it completes what you say through words.

Nonverbal communication is decisive in the transmission of a message. So, what’s the most appropriate distance for establishing effective communication?

Face to face – a gestural universe

The universe of gestures and movements is part of nonverbal communication. This means a gesture is the base unit of this type of language. Also, the most common term to define it is body language. This is because humans use it for communicating with any human being nearby.

Gestures are an expressive movement of psychic contents. That is, gestures are muscular movements that seek discharge. And they do get it, whether they’re voluntary and lined with intention or involuntary products of an unconscious dynamic.

A gesture, in general, has a complexity that escapes the possibility of accurate measuring. The synergy of almost imperceptible micromovements for conscious uptake is such that it’s extremely difficult to do a comprehensive and complete perception of a gestural universe.

Gestures in human interactions are symbolic movements that express and demonstrate something to decipher. That is, gestures are a target to interpret. Each interlocutor can encode the gestures of their communication partner according to their beliefs. Also, according to their values, personal meaning, knowledge of one another and by the context where their interaction takes place.

However, the gestures of their face, trunk, and extremities; the use of space; and the actions with which your body moves make the Paraverbal language a spontaneous element for transmitting messages. This is a marginalized resource, relegated to the background in the face of verbal language.

In fact, many generations of listeners don’t only listen but also observe their interlocutor while they listen. There’s a need to see them as they speak. Yet, they’re seldom aware of it. That is, people aren’t aware they need to communicate face to face. This is because they need to understand their message in all of its dimensions. Usually, when people communicate, they say “I hear you” instead of “I see you”.

The gestures, expressions, and tone of speech, along with the cadence, rhythm, and movements between volumes – more or less prominent of bodies – all develop within a delimited space between communicators. Such a space is an optimal distance to establish communication between two or more people.

Hall (1966) distinguishes the management of space. And also its movement in relation to such proximity or relational distance. He classifies it in four types of distances.

In the last three types of distances above, the length of space between interlocutors ranges from 23 to 32 inches. This is no more or less than the width of a standard door or certain hallways.

Thus, architecture expresses lifestyles and human interaction in a certain way. There’s so much in the design of a house according to the particular requirements of a family. The same goes for the impersonal designs in building construction. In general, interior doors are less wide than exterior ones.

Modern interior doors, as well as hallways, are approximately 26 inches wide, while entries are 32. Along the same line, the constructions of the first half of the 20th century have wider interior doors than current exterior French doors.

Despite living in a time of impersonal relationships, there’s been a reduction in personal, social, and public distances. But in the first decades of the last century, a formal distance quota was imposed, even though there were closer interactions and more knowledge about neighbors, friends, and family. For example, physical contact wasn’t acceptable and people expected formal treatment. Just as with doors, the relational distance back then was much farther than it is today.

This distance depends on the socio-cultural context. Each culture imposes the type of space between communicators. Certain contexts have a closer social distance, equivalent to the intimate distance of other cultures. This often leads to misunderstandings between people belonging to antagonistic contexts at a relational level. Even more so in cases where physical contact is the only way to emphasize something verbal.

Face to face – example of a relational distance and sociocultural context

This example by Paul Watzlawick in 1976 shows such differences. It’s about a series of researchers who explored a phenomenon at the Rio de Janeiro airport. The airport had a terrace with a low railing and many had fallen off there in recent years. These accidents only happened among foreigners, mainly Europeans.

This terrace was a meeting center for receptions and farewells. Thus, what researchers found was that when the Brazilians talked to the Europeans, the latter began to withdraw from the former. This is because they were trying to reach an appropriate space for their particular interaction. Ironically, Brazilian personal space is small, perhaps equivalent to the intimate distance of the Europeans.

Thus, when the Europeans began to walk backward to extend their distance, the Brazilians responded by moving towards them in search of their own social distance. As a consequence, many of the Europeans fell off the railing onto the ground floor of the airport.

Beyond the interaction distances imposed by someone’s culture, there’s also personal distance. Every person puts some when establishing communication with others. For instance, the standard distance of 32 inches allows a person to be able to look at the face of their interlocutor. Also, so they can observe the rest of their bodies and gestures through their own peripheral vision.

Finally, gestures are hard to master. That is, people have conscious mastery of what they wish to express through verbal language but it’s impossible through gestures.

Thus, you must be aware of your meta-communication and preferred distance. Especially when there’s doubt about the meaning you give to the gestures of others. This will help you become a better communicator. 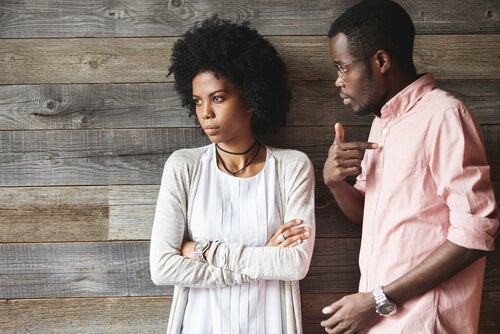 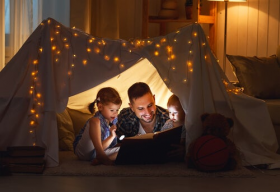 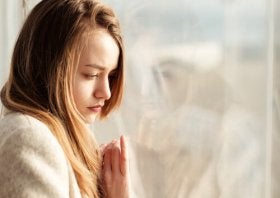 Personal Development
Should I Forgive in Order to Heal?

Forgiveness is no easy challenge. It’s even harder when a person close to you harmed you. The depth of the damage caused can also complicate matters. This article closely examines and attempts to answer the question: is it important to… 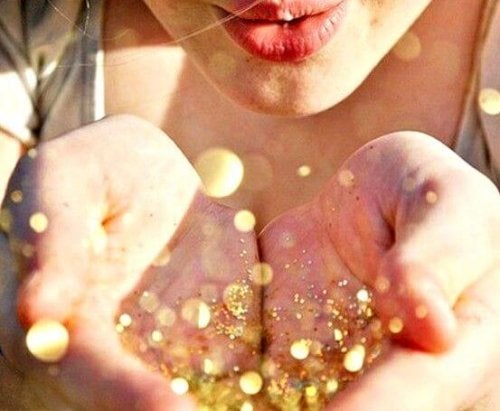 Dan Gilbert is a psychologist, writer, and professor at Harvard University. He’s famous for writing the book Stumbling on Happiness, which… 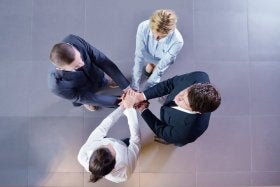 On a social level, self-confidence is like a prized treasure. We have lots of information at our disposal about how to increase it and enjoy greater personal growth. In contrast to self-confidence, we have a very basic idea of social…

What if I’d decided to study abroad? And what if I hadn’t broken up with my boyfriend/girlfriend? What would’ve happened…

Persuasive communication has earned a certain negative connotation in recent years. People associate it with manipulation – of opinions, ideas,…