Circular Economy - What Is It?

The concept of a circular economy takes the cyclical model of nature as its starting point. This system advocates for the use of resources by reducing production to an indispensable minimum and reusing elements. 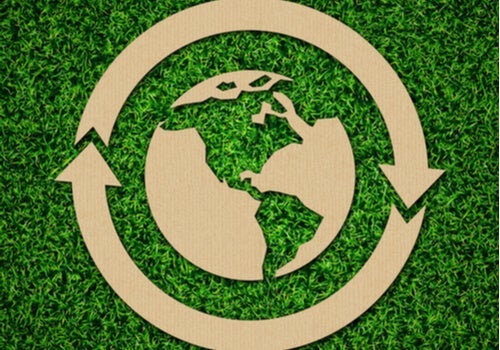 The paradigm of the current economic model of production and management of resources, goods, and services based on “produce, use, and waste” could be obsolete. In fact, some data backs up this hypothesis. Thus, you must adopt the circular economy model.

You can see how the current system clashes with the idea of ​​long-term sustainable development due to its dynamics and that it’s also a risk to nature. Especially due to the fact that there’s no waste in nature. All elements have a continuous function and serve a purpose in their different stages.

This is how humans finally came to embrace the idea of ​​a circular economy, the new paradigm that could replace the current one. The goal of this article is to study its characteristics, principles, importance, and benefits.

What exactly is a circular economy?

A circular economy takes the cyclical model of nature as its starting point. This way, the system advocates the use of resources by reducing production to an indispensable minimum and reusing elements. The production of goods with biodegradable materials is encouraged so that they can return to their natural state without causing damage or depleting their useful life.

In the event that there are no biodegradable materials, the goal would be to perform a decoupling in which the components of a product could reincorporate into the production cycle. If that isn’t possible, they should be recycled in an environmentally friendly way.

Thus, the essence of a circular economy is restorative and regenerative. In fact, the term “circular” is particularly relevant because a continuous cycle of positive development that preserves and improves natural capital is born.

Principles of a circular economy

A circular economy is based on the reconstruction of capital, financial, manufactured, social, human, or natural elements. Thus, it guarantees an improvement in the flows of goods and services. This “circle of value” is based on the following principles:

As we mentioned above, the linear production system that currently predominates in the world economy is limited in terms of resource use, in addition to having a high social and environmental impact. Thus, numerous experts have expressed their concern, arguing that reducing the use of resources and the use of renewable energy won’t be enough to meet the current environmental challenges.

Linear models are based on fluctuating prices and contribute to environmental degradation, which affects the basic principles of development. As you can see, the circular economy approach, based on innovation and long-term resilience, brings numerous benefits.

First of all, because it’s advantageous for both users and companies. Companies that have implemented the circular system proved that reusing resources is much more profitable than creating them from scratch. Thus, there’s a reduction in production costs. As a consequence, the sales prices also go down, benefiting the consumer both social and economically.

Only in the European Union, the measures advocated by a circular economy could generate savings of about 600 million euros for companies in the region. In fact, the extraction of raw materials currently has important environmental consequences. These companies would reduce total annual greenhouse gas emissions by 2 to 4%.

With the growth of the world population, the demand for raw materials, which are limited, increases. A circular economy could help reduce pressure on the environment and improve security in the supply of raw materials. In fact, the system could also lead to a reduction of dependence in other countries to obtain raw materials.

It would also increase competitiveness, growth, innovation, and employment. The creation of up to 580.000 jobs in the European Union is estimated if the application of this system is improved. And so is the production of innovative and more durable goods. The elimination of planned obsolescence could improve people’s quality of life.

How to Adapt to the Gig Economy
The world has changed majorly. One of the most disconcerting changes is a new way of working we now refer to "gig economy". Learn more with us! Read more »
Link copied!
Interesting Articles
Culture
Abusive Children: A Phenomenon on the Rise

Culture
Why Should you Drink a Glass of Warm Water with Lemon in the Morning?

Drinking a glass of warm water with lemon in the morning is a healthy habit.  Although it's not a miracle tonic,…

Culture
Foods That Improve Your Memory

Your memory can diminish over time for many reasons. Sometimes it’s age, sickness, or simply stress that affects its ability…

The brain is a complex organ in charge of most of our behaviors, but it's also the home of our…

Love always has a bit of magic to it, no matter when or where it happens. Your world changes. Love…