The Body's Incredible Ability to Heal Itself 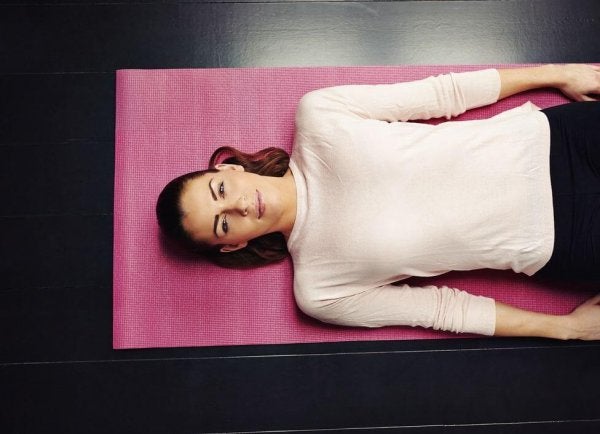 There is nothing magical or esoteric about it. It also has nothing to do with unfounded popular beliefs. It’s actually a fact that the body has mechanisms to heal itself, without any intervention from drugs.

It’s not as innovative of a discovery as you may imagine. Hippocrates, who is considered the father of medicine, invented therapeutic treatments based on the principle that the body had the necessary tools to heal itself. According to his postulates, a doctor should simply aid these processes, not interfere directly with them.

Nowadays, medicine, especially the “alternative” or “complementary” types, is recurring to this principle more and more every day. However, it’s not as simple an issue as contracting a disease and sitting and waiting for it to heal on its own.

“No medicine can heal what happiness can.”
-Gabriel García Márquez-

The concept of illness

The idea that the body can heal itself is closely linked to the concept of illness. Not every branch of medicine defines illness the same way. For example, traditional allopathic medicine looks at illness as an alteration of the body’s normal functions. The World Health Organization defines it as, “An alteration or deviation of the physiological state of one or various parts of the body. Generally by known causes, manifested through symptoms and characteristic signs. The evolution of which is more or less predictable.”

From that point of view, a doctor’s actions should be aimed at reestablishing the correct functions of the body. In order to do this, they usually use “chemotherapy,” that is, chemicals for therapeutic means.

Therefore, the mission of healing is not only to make the illness itself go away, but to also reestablish balance. It’s based on the idea that emotions play a fundamental role in the healing process. Therefore, every treatment should be aimed towards the mind as well as the body. If the mind heals, the body will heal, too.

Every living thing is equipped with a mechanism that allows it to reestablish its inner balance, also known as homeostasis. This property makes it possible for the body to achieve autoregulation. This means that life is minimally affected as a result of changes taking place in the outside world. In short, it’s an adaptive response.

Every organ needs to be capable of contributing to the homeostatic process in order to maintain life and good health. We’re biologically equipped to make that happen.

When this doesn’t happen, a traditional doctor will seek to reestablish the balance by means of an external agent. An alternative doctor will try to make the failing organ recover its ability to contribute to the overall balance.

How do we heal ourselves?

Health and illness depend greatly on the emotional state. This can be explained in a simple way. Every organ in the body is innervated. That is to say, it has nerves. In turn, they are all connected to the central nervous system. In other words, they are influenced in various degrees by the brain.

If you’re angry, for example, a series of effects will take place within your organism, including an increase in your heart beat, muscular tension, etc. When anger becomes a frequent event, the physiological change will start to affect all of the organs involved with this feeling. So, probably at some point, you may develop a disease within one of them.

The same thing happens with every emotion and feeling. There is no way to experience them as simply something subjective. They all change the physiology of your body in one way or another.

Thus, the body can become diseased through the actions of auto-destructive feelings or emotions. But, that’s exactly how it can heal itself as well if you work upon these subjective elements that lead to improper organ function.

In the case of chronic diseases, it’s very important to ask about any emotional sources of discomfort. The answer to your illness may reside in your mind and not in a ton of medications that we’re sometimes forced to take.

Link copied!
Interesting Articles
Literature and Psychology
For You, the Book-Lover

Culture
The Effects of an Adrenaline Rush

An adrenaline rush occurs when your adrenal glands produce a lot of adrenaline. This rush can manifest due to stress…

Culture
Tell the Truth: 5 Keys to Not Hurt Others

If you say, "tell the truth," many people will associate it with offending people. However, the truth is positive, and…