The Benefits Of Witnessing Acts Of Kindness 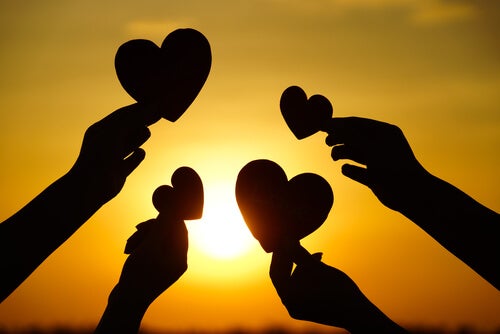 Witnessing acts of kindness has a great influence on people. Completely altruistic and selfless actions awaken feelings of peace and tranquility in those who see them, feelings that remain engraved in their minds and endure due to their sudden and unexpected nature.

But why is it so beneficial to witness acts of kindness? What makes us feel good when we see others working altruistically for the benefit of others?

“Each act of kindness is a demonstration of strength.”

Seeing acts of kindness fills us with peace and thankfulness

Witnessing an authentic act of kindness transmits a feeling of peace and happiness that lasts. Some of these actions, though they are apparently insignificant, can stay in our memories and end up being inspiring during difficult times.

When we are witnesses to an act of kindness, we may go through what Abraham Maslow called a “peak experience,” those moments of wonder, amazement, and a sense of what is right that make us feel immeasurably thankful to be alive.

Jonathan Haidt calls those experiences “euphoria” and describes them as a sensation of warmth in your chest, a sensation of expansion in your heart, a greater desire to help, and an increased sense of connection to others.

The sense of connection mentioned by Haidt is important. Altruism transcends the separation that we often experience as human beings. It connects us to one another.

In fact, pure altruism is possible because, on the deepest level, all human beings are part of the same network of conscience.

The person who carries out an altruistic action will surely be the recipient of another act of kindness, and when we are witnesses to that act, we too will become part of that network.

In other words, acts of kindness have positive effects in three directions: he who does it, he who receives it, and he who witnesses it.

Kindness is positive for the immune system

Numerous scientific studies have shown that an act of kindness has a positive effect on the immune system and on the increased production of serotonin in the brain.

Serotonin is a natural neurotransmitter that is in charge of regulating our mood and helps to control anxiety. Serotonin is considered a “feel good” substance because it serves as a means of producing pleasure in the brain.

The results of one of the most fascinating studies in recent years showed that a simple act of kindness spreads from one person to another, giving rise to a significant improvement in the functions of the immune system, and and increase the production of serotonin both in the person who offers the act as the person who receives it.

What was most surprising for researchers was proving that people who observe an act of kindness also experience a similar reinforcement of the immune system and an increase in the production of serotonin.

Being kind to feel better

The benefits of kindness are not limited to the strengthening of the immune system and the production of serotonin. The study showed that those who regularly dedicate themselves to performing acts of kindness feel relief of stress, a reduction of chronic pain, and even the improvement of their insomnia problems.

Christine Carter explains that people who work as volunteers tend to experience less pain and discomfort.

Giving aid to others generally protects our health twice as much as the protection offered by aspirin against heart disease.

Who hasn't had a bad day? One of those days when you get up and everything seems to be conspiring…

Psychology
Returning to Normal After a Traumatic Situation

Is it possible to return to normal after a traumatic situation? The answer, alarming as it might seem, is no.…

Do you have difficulty falling asleep quickly? Do you wake up in the middle of the night and find yourself unable to fall back asleep? Hundreds of studies demonstrate the power…