Antonio Gala, author of masterpieces such as La Pasión Turca or Las Afueras de Dios, is a true alchemist of words. Gala knows better than anyone how to illuminate our present reality with the lens of the past. A master of the sublime and the sensual. 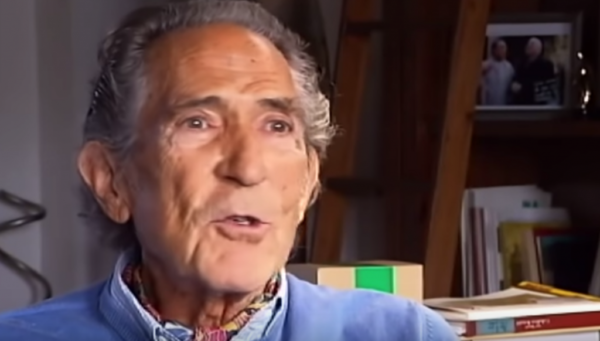 How to start an article about a writer as brilliant as Antonio Gala? Today, we’ll try to share something about the life and work of this alchemist of language who brings emotions, stories, tastes, and colors to the page with the beautiful nuances of his writing.

Antonio Gala’s books are part of Spanish identity. Without his writing, many of us feel that we’d be different people entirely. He has a place in the hearts, minds, and souls of many of his readers. Gala knows, better than almost any writer does, how to illuminate the present through stories of the past.

Gala has an innate talent for transforming the details of everyday life into poetry. Sometimes that poetry is sublime, while sometimes it’s gut-wrenching. The stories, characters, gardens, landscapes, and cities that Gala described are so painstaking that the words seem to float off the page and surround you, immersing you in his world. In today’s article, we’re going to try to honor this brilliant man with a discussion of his life and work.

The life of Antonio Gala

Gala was born in a small town in Ciudad Real, Spain. He spent his early childhood there and moved to Córdoba when he was nine years old. Gala had a penchant for books from an early age and learned to read and write very young. He had, unsurprisingly, a particular talent for writing.

When he was 15 years old, he started to study law at the University of Seville and decided to pursue parallel degrees in Philosophy/Literature and Political Science/Economics at the University of Madrid. He was a curious young man with a certain gift for the rigors of academia.

When he graduated, Antonio Gala rebelled against his parents, who wanted their son to become a lawyer for the state. Instead, Gala decided to try the monastic life with the Carthusian order of monks. His rebellious spirit made it difficult for him to fit in there, however. Thus, he was eventually expelled.

As an adult, Antonio Gala lived in different cities and countries. He started to focus professionally on teaching and eventually ended up honing in on literature. In 1959, he became a Philosophy and Art History teacher in Portugal. This job combined nicely with his writing, and he started his brilliant career in the world of journalism and theater.

Shortly after that, he moved to Florence, where he continued writing poetry and publishing it regularly. A serious health problem caught him by surprise in the early 1960s. Gala’s health significantly declined and he came very close to dying. The illness left him unable to walk without a cane, an object that became very much a part of his identity.

Later, he solidified his career as a professional writer with his weekly articles for El País newspaper. In 1990, he published his first novel titled El manuscrito carmesí (In English: The Crimson Manuscript) which won a Planeta Award. His body of literary work is enormous and includes writing in almost every possible genre: poetry, fiction, essays, journalism, theater, and television scripts.

The work of Antonio Gala

All of Antonio Gala’s work is acclaimed for its masterful lyricism. Of his work from the 1950s, a few poem books stand out. They’re titled Enemigo Íntimo (In English: Intimate Enemy) and La Deshonra (In English: Dishonor).

Later, he made a name for himself as a playwright with Los Verdes Campos del Eden (In English: The Green Fields of Eden). The play was well-received and praised for its wonderful use of the extreme metaphorical tone.

Many other plays followed, bringing the reality of Spain at the time to the stage. With a moralizing and critical tone, Gala used metaphors to share his understanding of the reality they lived in.

In 1985, Gala made his TV debut with a show called Paisaje con Figuras (In English: Landscape with Figures). This series brought a multitude of historical figures into millions of Spanish households and helped shape the national identity. The show fostered an early love of literature, biographies, and history in young Spaniards all over the country.

In the 90s, Antonio Gala threw himself into fiction writing with books such as El Manuscrito Carmesí, La Pasión Turca, and La Regla de Tres. These three books focus on feminine eroticism in the most subtle, sensitive, and poetic way. After these three successful novels, Gala wrote Las Afueras de Dios (In English: Outside God), among other books.

Cognitive science tells us that reading is an enriching experience, much more than a simple transmission of words. Antonio Gala’s writing is engaging, emotionally complex, and detailed. It also challenges the reader as an individual and as a member of society. He talks about things that touch your soul.

His writing reflects the power of struggle, love, and heartwrenching experiences that enrich your mind and your spirit. Gala shows the value of human suffering by portraying it as a path to enlightenment. He immerses you in the pain of personal struggles not yet won, the terrifying emptiness and mystery of hitting rock bottom, and the pride of emotional scars when they’ve finally healed. Antonio Gala writes about well-worn lives, rich with experience.

In conclusion, Gala’s books, literary talent, and skill at connecting words, lives, and ideas are national treasures. His writing is a joy, planting seeds deep into the reader’s heart that’ll sprout, flourish, and bear unexpected fruit for years to come.

Link copied!
Interesting Articles
Culture
How to Keep Your Mind From Wandering During Meditation

Culture
Why Do We Trust Other People

Trust is very important when it comes to love, money, and other parts of our daily lives that may be put at risk. A new study sheds light on what motivates people…