Home » Psychology » What Is Mindfulness? Focused Attention in Our Busy World

What Is Mindfulness? Focused Attention in Our Busy World 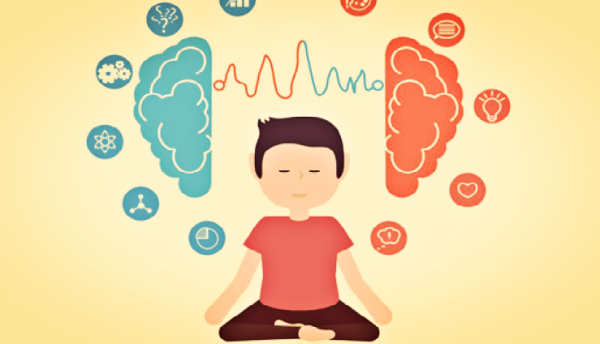 Being mindful of what is happening in the here and now isn’t an easy task. After all, we live in a society that programs its happiness for the weekend or vacation time. We’re surrounded by stimuli, notifications, and to-do lists. Fortunately, integrating the principles of mindfulness into your life could make very positive, rather amazing changes in your life.

A typical example: Alberto and mindfulness

Alberto is a sales executive at a well-known business. After nearly twenty years of hard, efficient work, he’s had to ask for leave because of a back injury. They performed surgery and he’s been in recovery for four long months. But he’s still suffering from intense pain, and even though he swims every day he isn’t getting any better. He doesn’t feel validated or safe.

“It’s impossible to become someone else. Our only hope lies in being more fully ourselves.”
-Jon Kabat-Zinn-

A coworker has recommended he go to mindfulness classes. When he hears the word, Alberto can’t help but laugh, because he’s always seen these kinds of things as a bit useless, unscientific, just a trend for people who don’t know what to do with their time.

And he doesn’t see himself sitting in lotus position meditating with the palms of his hands together. But his friend persists. “You won’t lose anything by trying it out for a week.”

Well after his first 7-day experience, Alberto has now spent two years practicing mindfulness. At 49 years old he has learned to live his life more calmly, he has less stress and muscle tension, and most importantly, he doesn’t feel as much pain in his back and has gone back to work.

The biggest thing he’s noticed during the time he’s spent applying mindfulness to his daily life is that he sees life differently. He feels like he has somehow pushed the “restart” button on his life.

To sum up, Alberto’s case is a normal example. Most people come to mindfulness by accident or out of curiosity Maybe it was out of necessity or because friends or acquaintances recommended it. And usually people don’t really know what will happen, if it will be useful. They don’t know what kind of changes might come from this kind of meditation.

To learn more about mindfulness, read on.

Who “invented” mindfulness? Is there any scientific evidence?

Nobody invented mindfulness. It actually developed from the ancient, traditional Zen and Vipassana meditation practices. It’s worth pointing out that at its origins, this combination of techniques and exercises didn’t intend to just make a person feel better. What it tried to do was encourage personal liberation… so there was a spiritual component.

“When you connect with something, this connection will immediately give you a meaning for life.””
-Jon Kabat-Zinn-

And then come the 70’s, when Jon Kabat-Zinn, a nuclear biologist, professor emeritus of medicine, and founder of the Stress Reduction Clinic at the University of Massachusetts, started to promote mindfulness. He’d been practicing Zen meditation since he was 20. Ever since he has tirelessly been investigating and scientifically demonstrating the health benefits.

Since then, thousands of people all over the world have completed his program, MBSR (Mindfulness-Based Stress Reduction). It has helped them fight chronic pain, reduce their anxiety and stress, and improve sleep problems and depression.

On top of that, ever since professor Kabat-Zinn published his first scientific article on the discipline in 1980, there are between 200 and 800 articles published every year supporting the benefits of mindfulness.

Attention is a muscle we need to strengthen

Daniel Goleman once said that attention is a muscle we need to work on every day to be more receptive to things around us and inside us.

This Buddhism-rooted practice, over 2,500 years old, didn’t come to the West by accident. It’s because scientists like Dr. Kabat Zinn understand that our society is demanding and stressful. It forces us to speed up  and torments us with headaches, anxiety, and endless to-do’s.

We barely squeeze a half hour out of our day to eat lunch and we go to bed after midnight, after one last glance at our phone. And then we only end up sleeping a few hours. Morning comes again with all its hurrying, a rushed breakfast, and almost missing the bus to work. Meanwhile things come to our mind like, “I’m missing something,” “I feel empty,” or even worse, “It’s all pointless.”

The scientific studies are there to remind us of something important: over two thousand years ago the Buddhists started using mindfulness and developing it like a muscle. Today, it not only lowers our stress and anxiety but also makes us more open, creative, and emotionally strong. It has helped people for a long time to enjoy what they do, even the mundane things.

What mindfulness is and is not

You probably have preconceived ideas about mindfulness. Before you form a biased or negative opinion about something, it’s always a good idea to get informed and compare information and different sources to get a more realistic perspective of things.

Sometimes things we rejected at first end up being valuable tools we can use improve our lives. Mindfulness may be one of those tools. That’s why it’s important to define exactly what “mindfulness” is and isn’t.

What mindfulness can do for you

Mindfulness is all about practice. But we should still be clear about one thing: you can’t develop mindfulness in a week or two; you’ll need practice and willpower. We’re so distracted because it’s so hard to stop the rush of stimuli outside and thoughts inside. That’s why you need a bit of patience. But once you figure out your strategy, you’ll notice the following thing in your life.

“Don’t try to push out your thoughts. Give them space, observe them, and let them go.”
-Jon Kabat-Zinn-

You’ll become conscious of your emotions

Some the best effects of mindfulness are improved emotional self-regulation, self-knowledge, and self-control. Little by little you’ll become the lord and master of your internal universe. And then you’ll be able to grwon in introspection, openness, reflection, and self-acceptance.

You improve your working memory

Working memory allows you to temporarily store new information in your brain so you can later recall and process it. It is a basic, essential system in our daily lives, whether for work or to see ourselves as more integrated into the present.

It prevents symptoms of depression

Depression almost always leads to negative, exhausting cycles of thought that trap a person in a dark hole. It can be very destructive. But if you start to train yourself in mindfulness, many minor depression symptoms will lose their strength.

You’ll quickly see other options, regulate your emotions better, free yourself from the mess of the past, stop expecting negative things in your future, and get rooted in the present, so full of opportunity.

Resilience is the wonderful ability to come out of a setback even stronger. You can become more resilient through mindfulness. As many different studies indicate, mindfulness improves connectivity and activity in a region of the brain called the anterior cingulate cortex. It improves emotional self-regulation and helps you learn from your past to help you make better decisions in the future.

Do you know what brain structure takes control every time you feel fear or a desire to escape? It’s the amygdala. This area of our brain is key when it comes to responding to stress. In fact, overstimulation of the amygdala often leads to depression and anxiety disorders.

But the good news is that consistent mindfulness practice helps reduce the size of your amygdala and lower its activity. It’s not something you’ll notice in just a month or two. But it will happen with continuous, daily practice. Eventually your brain will start to experience powerful changes. With these changes, it will be able to respond better to stressful situations and both your mental and physical health will improve.

The good news about mindfulness

Maybe you still haven’t given mindfulness a chance, seeing it as something that’s just not right for you or your way of life… How am I going to sit down for an hour with all the things I have to do?

Well remember that you don’t necessarily practice mindfulness with your legs crossed, eyes closed, or hands clasped. You’re not going to use your body; you’re going to use your mind, your brain. The goal is to “train your attention.”

It can have such an impact on your life that Jon Kabat-Zinn himself is fighting for meditation to an additional focus in traditional medicine. He says it has the power to give health.

It doesn’t cost anything, and it could do so much… 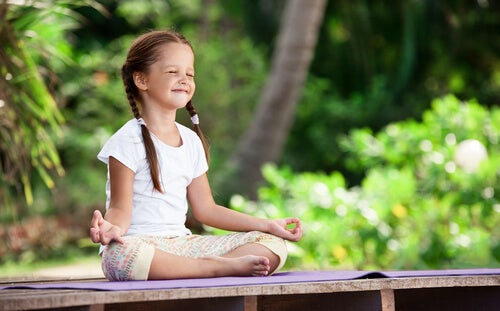 Mindfulness for Kids – Learning to Manage Emotions
Mindfulness for kids opens up a world of possibilities to help children be healthy and happy. It can improve attention and train their brains in empathy, tranquility, and emotional management. Also, getting our little ones started in the world of meditation makes it easier for them to get in touch with themselves. Read more »
Interesting Articles 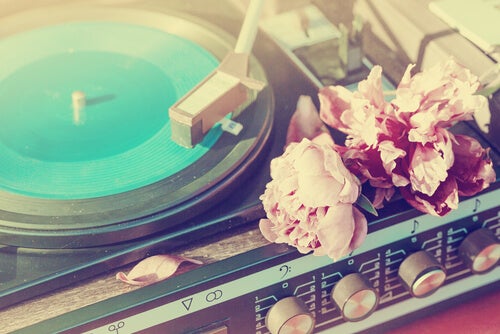 We have all felt different emotions through music: sadness, joy, surprise, fear. It is a vehicle that moves us to the center of our emotions and transforms them, making a gray day more clear or reminding us of people or… 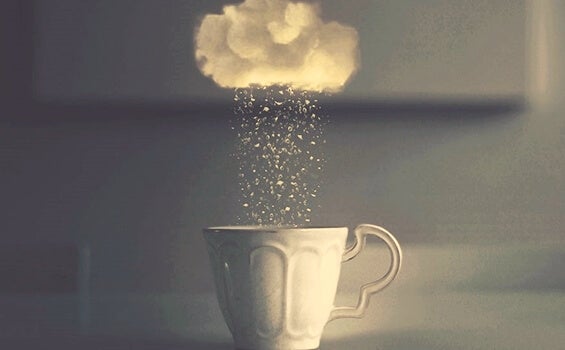 Psychological exhaustion weakens us both physically and mentally. It’s something that arises as a result of having too much to… 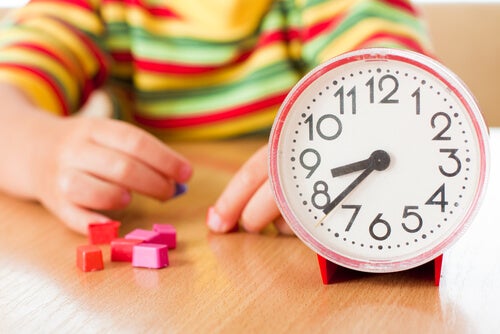 Psychology
The Importance of Routine for Children

Celebrated Austrian educator and psychiatrist Rudolf Dreikurs posited that “Routine is to a child what walls are to a house; it gives boundaries and dimensions to his life. No child feels comfortable in a situation in which he doesn’t know exactly what to… 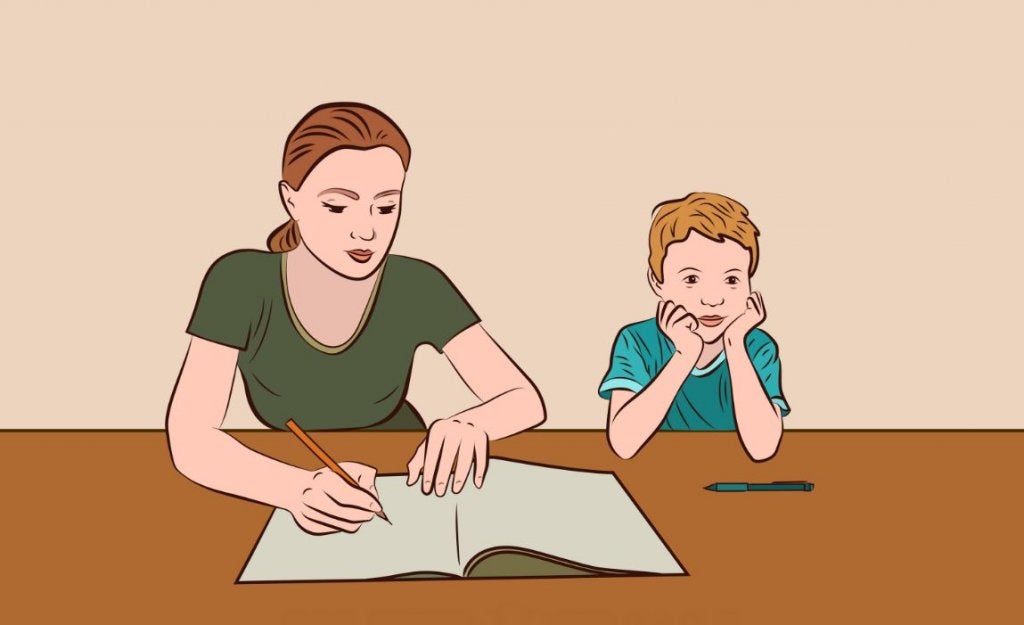 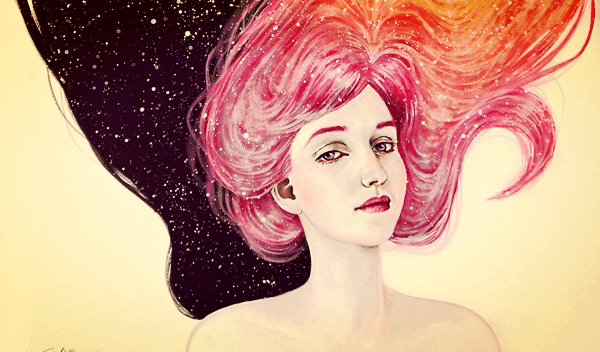 Psychology
I Am the Protagonist of My Own Story 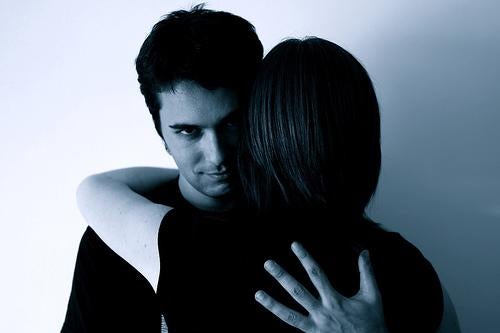 Possessiveness is closely linked to jealousy, which is in charge of destroying relationships, but is also a slowly self-destructive feeling. It’s related with fear, mistrust and insecurity felt by the individual. It is necessary to distinguish between love and possession, because…