7 Benefits of Friends, According to Science 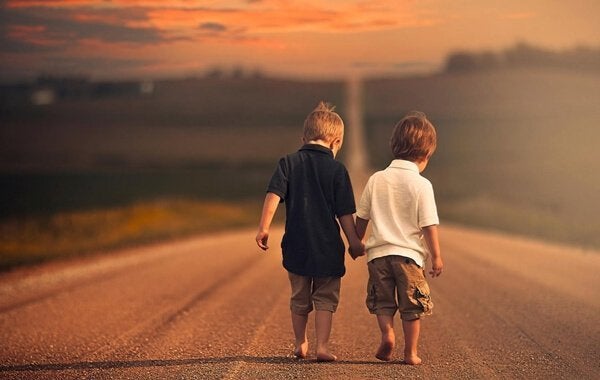 Friends are one of the greatest sources of support we will find throughout our lives. Anyone who has had the good fortune of having them knows it. Being able to count on someone who loves you and having that person count on you in return can alleviate some of life’s problems. It also gives excitement and intensity to life itself. But, it’s not just that. Science has also proven that it offers other benefits as well.

Good friends don’t have to be perfect, nor must they be ready at all times to attend to your needs. It’s enough that they accept you, take an interest in what is happening in your life and that they’re willing to listen to you. Friendship is a simple gift, but a profound one as well.

“Friendship is more difficult and more strange than love. That’s why, you have to protect and safeguard it no matter what.”
-Alberto Moravia-

Various studies have proven that having good friends improves your overall health, both in the physical sphere, as well as mentally. So that you may better understand these contributions, up next we will talk about 7 benefits we all receive from friendship.

Stress has many different origins. However, one of its most frequent causes is the struggle to adequately deal with everyday tensions. Stress presents itself when there is tension between reality, just as it is, and the resources we have to accept and adapt to it.

Well, friends help us reduce those levels of tension. The mere fact that we have a space for selfless communication, this reduces our stress. The feeling of support that friends offer us makes our anguish diminish. That’s why they help us control our levels of stress and, thus, many of its negative consequences.

According to a study published in the Journal Proceedings of the National Academy of Sciences, people with good friends have better overall health. This isn’t really surprising if we take into account that friendship increases one’s quality of life.

When you have someone who sincerely worries about you, you increase your self-care. On the contrary, the sensation of loneliness and solitude tends to lead towards self-neglect and abandonment. If you feel like you don’t matter to anyone, it’ll be harder for you to take care of yourself. And that ends up taking a toll on your health.

The publication Psychosomatic Medicine showed a study about the relationship between pain and affection. They proved that individuals who had affectionate people around them perceived pain in a less intense way.

The same thing happened inversely. That is to say, people who are more isolated tend to experience physical pain in a more severe way. You have to remember that all physical pain brings with it an emotional suffering. Yet, people with friends also had better emotional disposition. In turn, this made their physical pain reduce.

A study conducted in Duke University (located in the United States of America) presented evidence that people people with strong bonds of friendship had better cardiovascular health. In fact, this investigation compared friendship with physical exercise. Both factors had positive effects on the heart.

5. They help prolong our lives

In the year 2010, a group of researchers from the United Kingdom compiled 148 studies on the relationship between bonds and mortality. They wanted to determine how consistent the different studies were on this regard. In total, their analysis included 300 thousand people.

The results were overwhelming. In all of the studies conducted so far, there was a clear link between solitude and death. It was obvious that people who had friends lived longer lives. Friendship has indisputable effects in this aspect.

6. Friends contribute towards the prevention of obesity

Though it might be hard to believe, science still hasn’t been able to explain everything about obesity. Although we already know that genetic, metabolic and psychological factors are all involved, definitive causes have yet to be determined in some cases. In fact, some theories affirm that the weight gain is a form of self-defense. It increases when an individual feels vulnerable.

An investigation published in the magazine Annals of Behavioral Medicine attempts to clear up this point. It indicates that friendship is a factor of emotional compensation of great importance. In fact, it’s effect is just as strong as that of food. People with friends don’t tend to eat in a compulsive manner.

7. They help us increase our mental acuity

Human interaction is a factor which stimulates the brain. The mere act of having a prolonged conversation or thinking about a reality different from our own stimulates brain activity. On the other hand, people who remain isolated tend to suffer from a deterioration of their cognitive abilities.

In the case of people who present some kind of mental illness, this is even more critical. In fact, one of the triggers of the disease is precisely isolation. One of the factors which most contributes to healing is friendship.

Having a friend is like having a treasure, don’t doubt that for a second. More than “making new friends”, our main task should be to learn to be a good friend to others. The rest will simply come on its own. The benefits you will receive are immense, as you have just read. But even beyond all of this, friends offer your life an additional dose of endearment, being the best antidote against bitterness.