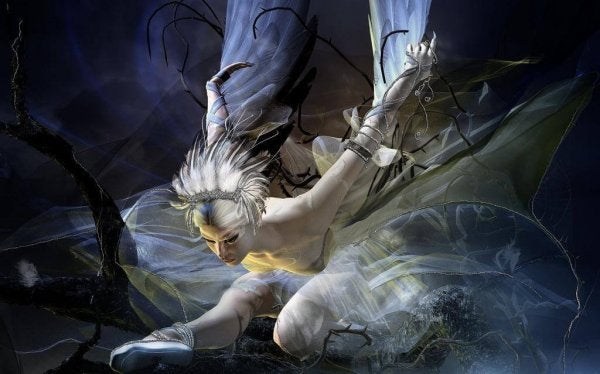 Have you ever felt hopelessly dragged by a very powerful emotion that has made you lose control? Have you ever let yourself get carried away and said things that you later regretted? Or, have you ever felt that it was a certain emotion which controlled your brain, not you? If you have answered positively to any of these questions, that means that you have been hijacked at some point by your amygdala.

Amygdala hijack is a term coined by the psychologist Daniel Goleman in order to explain this type of uncontrollable emotional reaction. Goleman, as an expert in emotional intelligence, tells us that the secret to us becoming irrational has to do with a momentary and immediate lack of emotional control. It occurs when the amygdala takes over our brain.

“Intense negative emotions absorb all of the individual’s attention, serving as an obstacle to any attempt to attend to other things.”
-Daniel Goleman-

What is the amygdala?

The amygdala is a subcortical structure in the inner part of the medial temporal lobe. It tends to be easy to recognize because of its almond shape. Along with the hippocampus, hypothalamus and the orbitalfrontal cortex, they form part of the emotional brain or the Lymbic System.

The lymbic system regulates the physiological responses in the face of certain stimuli. That is to say, all of its structures are essential to the emotional control of human beings’ behavior. But what makes the amygdala stand out within the lymbic system is that it is the key to our survival. This is due to the fact that its main function is to integrate emotions with the response patterns which correspond to them,  be it at a physiological or behavioral level.

Although the most important thing in order to understand its ability to perform an emotional hijacking is to understand that the amygdala not only produces an emotional reaction. Instead, due to its link to the frontal lobe, it also allows for the inhibition of certain behaviors.

How does amygdala hijack occur?

Amygdala hijack is an immediate and disproportionate emotional response to the stimulus that has triggered it. This is because the stimulus is perceived as a threat to one’s emotional stability. This is produced because the amygdala prevents the activation of other areas of the brain, especially the cortex. It dominates the individual’s behavior. Also, it shuts off the area of the brain that makes us more rational, more human.

“You have to keep in mind that impulses are the vehicle of emotions and the seed of every impulse is an expansive feeling that seeks to express itself through action.”
-Daniel Goleman-

How is this hijacking logical?

It might seem a bit strange that the most developed part of our brain, the cortex, could be dominated by a structure as primitive as the amygdala. However, it makes sense if you look at it through an evolutionary perspective. Thousands of years ago, it was all about survival.

When we hunted in the jungle, for example, we could find ourselves in front of a lion. Our amygdala deactivated the rest of the cerebral functions, because it wasn’t time to stop and think about the danger. Nor was it time for digestion or ovulation. Instead, it was the time to apply the fight or flight response.

But in the modern world, when we find ourselves faced with an important stressor, we get hijacked by our amygdala even if it doesn’t threaten our survival, like a traffic jam for example. This fills our entire body with adrenaline and cortisol. These hormones alter our body for an estimated four-hour period of emotional hijacking.

And thus, after an intense emotion produced by an important stressor, we tend to feel a so-called “emotional hangover” for a while. This hangover is due to the hormones which are still circulating through our system and which make the discomfort last much longer.

What can we do in these situations?

You might have heard that old piece of advice, “When you’re mad, count to ten. But if you’re really mad, count to a thousand”. This is a very intelligent strategy because when you start to count, you activate your cortex. This is the frontal and logical part of your brain which, as we said previously, is inhibited during emotional hijackings.

So, if you start to count when an intense emotion caused by stress emerges, you can distance yourself from it. You can give yourself space and understand what is going on. Luckily, you can start using the logical part of your brain. This will help you avoid the impulsive responses produced when you are under an amygdala hijack.

Another strategy that works is to consciously focus on your breathing, the kind used in mindfulness. When your attention is focused on your breathing, you bring yourself back to the present moment. Each time you take in air, you are keeping yourself calm. Thus, you activate your parasympathetic nervous system, which inhibits the sympathetic one. That is the one activated during the emotional hijacking.

You definitely need to escape an amygdala hijack when it is activated by an important stressor. To escape, you have to get some distance between what has happened and the present moment. It is very advisable to perform activities which will activate the logical part of your brain. Other activities, such as mindfulness, are recommended so as to help you focus on the present. These also teach you new ways to experience the emotion you are feeling.

Some people deal with the invisible pain of trauma on their own. Thus, we don't notice their suffering. However, we know that trauma and adversity leave their mark and can…

Jean Piaget was a Swiss psychologist and teacher who thoroughly studied the subject of moral judgments. He developed the concepts…

Psychology
Love Is a Much Better Teacher Than Violence

Psychology
What's the Link Between Education and Political Beliefs?