Kindness is Good for the Brain 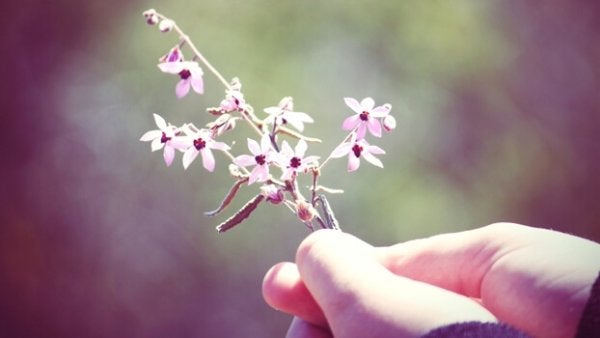 Kindness is not easy to define. The word is related to empathy and solidarity, but it isn’t limited to those descriptions. It isn’t just a trait, it is a human value. That it is informed and enriched by an ethical decision, means that it is more than an ability.

In the dictionary, kindness is defined as the inclination to do good. The problem is that “good” is a relative concept. A more accurate meaning would be that kindness is the ability to feel compassion. In other words, to feel other’s suffering as if it were your own, and try to solve it.

“Caring about the happiness of others, we find our own.”

This lovely virtue doesn’t only apply to other human beings. We also express kindness towards other living things. It could even be applicable to things that aren’t alive, it could be interpreted as the desire to preserve something as it is. That means that we can show kindness to a painting, or a stone in the road.

Kindness is a superior virtue because it involves so many other virtues. Within kindness are love, respect, solidarity, generosity, and many others. It implies a notable spiritual and mental evolution. Scientists have also been able to prove, thanks to many studies, that kindness is a traceable ability in the brain. They have shown that it is the foundation for a meaningful quality of life.

The brain’s zone of kindness

A group of scientists at the University of Oxford and University College of London identified an area of the brain that appears to be related to kindness. The group, led by Doctor Patricia Lockwood, worked with a group of volunteers. They asked them to find out what symbols were beneficial to themselves, and which were beneficial to other people.

While the volunteers carried out their task, their brains were monitored with MRI. The experiment prompted the study subjects to consider and value the way in which the symbols could help other people. They had to determine if each symbol worked only for themselves, or if it was also useful for others.

When each volunteer discovered the way that the symbol helped others, only one area of the brain was activated. This zone is called the “anterior cingulate cortex”. Of course, kindness isn’t just a matter of brain function. We have to remember that this wonderful organ has an incredible plasticity. Its function is shaped by experiences and behavior.

The neuropsychologist Richard Davidson did a study at the University of Wisconsin after a trip to India. In 1992 he met the Dalai Lama, who asked him a question that would leave quite an impression: “I admire your work, but I think you are very focused on stress, anxiety, and depression; haven’t you thought about focusing your neuroscientific studies on kindness, tenderness, and compassion?”.

Richard Davidson has carried out a variety of studies related to this question. He showed, for example, that some structures in the brain can change in just two hours. A calm mind produces overall well-being. And, to have a calm brain, you just need a couple of hours of meditation. This was scientifically measured in his lab.

In the same way, he found that neuronal circuits of empathy are not the same as those of compassion. To arrive at compassion (another form of kindness), you must take the path of sensitivity, sympathy, and empathy. At the highest level is compassion. Compassion is a step beyond the ability to perceive, feel, and understand the suffering of the other person. It implies a call to action when witnessing other’s suffering.

Davidson also discovered that kindness and tenderness increased well-being in different areas of life. In one study of children and adolescents, several cerebral changes were documented when the scientists taught them to be more compassionate and tender. They all showed improvements in school and their health improved. The ability to be compassionate can be learned. Kindness is a result of an intentional effort to improve our inner selves.

Effects of Kindness on the Brain
No act of kindness, no matter how small, is a waste of time. These gestures are full of affection, appreciation, and true wisdom. They benefit the brain and Read more »
Link copied!
Interesting Articles
Wellness
If You're Happy, You Hug. If You’re Unhappy, You Shop.

The problem with consumerism is that it carries within it a deceitful promise: if you buy the objects you want,…

Wellness
Laugh When You Can, Cry When You Need To

-Let them go, Lucia- said her grandmother from somewhere. -Who? -The tears! Sometimes it seems like there are so many…