Wegner's Theory of Dream Rebound: The Effect of Thought Suppression

Suppressing thoughts can cause thought rebound, which can make them impossible to get rid of. Curious? Keep reading to learn more about this interesting theory! 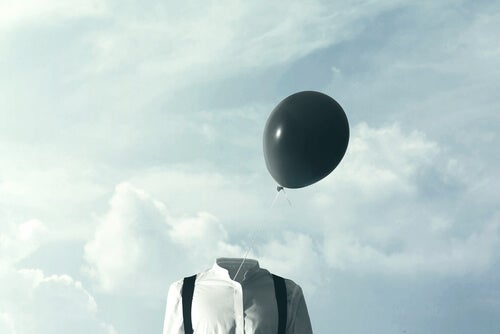 In the 80s, Harvard University conducted an experiment to try and discover the effects of thought suppression. American social psychologist Daniel Wegner led the study. Curiously, he based the experiment on an anecdote about a polar bear narrated by Leo Tolstoy at the end of the 19th century.

The results of the experiment showed that thought suppression, or rather the attempt to directly suppress thoughts, is counterproductive. Repressed thoughts come back into your mind, over and over again, both consciously and in dreams. Scientists call this thought rebound or repressed memory. Wegner called it “ironic mental control”.

As we mentioned above, Wegner’s experiment about thought suppression was based on a well-known story from writer Leo Tolstoy. Tolstoy talked about having to pass a test to be able to hang out with his older brother’s friends. They told him he had to sit in a corner and that he couldn’t move until he stopped thinking about a polar bear.

Poor Tolstoy couldn’t do it, although he sat there for hours. The more he tried to suppress his polar bear-related thoughts, the more they came to mind. The image of a polar bear came back over and over again. No matter how hard he tried to repress the thought, the polar bear fought harder to come back.

Wegner’s polar bear-inspired experiment had several stages. In the first stage, he told the test subjects that, for five minutes, they could think about whatever they wanted. They only had one limitation: they couldn’t think of a polar bear.

The researchers instructed them to ring a bell if, during that time, they thought about a polar bear. The participants didn’t stop ringing the bell for the full five minutes of the experiment. They rang the bell repeatedly in intervals of less than a minute. In other words, the more they tried not to think about the polar bear, the harder it was to get the polar bear out of their minds.

The results of the experiment

Since that first study, other researchers have conducted similar studies with identical results. Thought suppression causes thought rebound. Thus, this is an ineffective strategy for getting rid of thoughts. In addition, it’s counterproductive.

Wegner called this the ironic process theory. Later, psychologists named it the post-suppression rebound effect. It seems that part of our brains work intentionally and consciously, while the other part works under processes of involuntary supervision from the unconscious. The watchful unconscious part of your brain returns the thought that’s under surveillance to the intentional part of your brain and produces the paradox of constantly visualizing the object you’re “not” thinking about.

The best use of the polar bear

The results of the Wegner experiment helped introduce the polar bear concept in a different and much more practical sense. Instead of repressing thoughts, it turns out that focusing on something else is very effective for managing intrusive thoughts.

Studies show that, in that case, the intrusive thoughts tend not to come back. That’s because you aren’t repressing them, you’re just substituting them for something else. If you’re having recurring thoughts, don’t try to repress them. Instead, re-direct your thoughts. Understanding that repression is ineffective is the key to dealing with them. Next time you have a recurring thought, just substitute it with something else – like a polar bear, for example.

Learn to Identify Automatic Negative Thoughts
If you put effort on identifying your automatic negative thoughts, you'll see how your mind can turn a grain of sand into a mountain without you noticing. Read more »
Link copied!
Interesting Articles
Experiments
The Zen Key to Doing What You Want