Superiority: A Characteristic of Insecure People 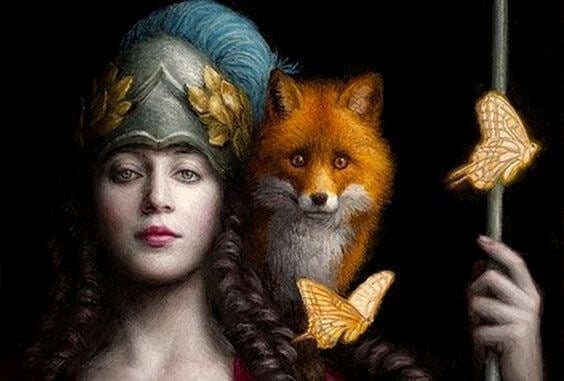 We all know those people who present themselves as very secure and brag about themselves. With their heads held high, they act like they know everything and that nobody will ever get up to their level. These people are known for their airs of superiority. They think they’re better than everyone else, with their admirers and their victims by their side.

“The ego goes off in direct relation to how insecure we feel.”

Modesty is not a feature that characterizes these people. They always act proud and stuck-up over everything that might make them stand out above the rest. But is there anything more to it? Could this just be a mask hiding a deep complex?

Think of people who bully others. They’re not as strong as they seem, because they need to harm others to instill fear and command respect. But inside, they’re not as brave as they seem. They have serious problems that they hide and project onto the people around them.

The same thing happens with people who have airs of superiority. Behind all of the contempt they show towards their own friends, there’s a much deeper problem that they try to cover up. This situation leads them to put on a mask of self-sufficiency, but this need will never be satisfied.

Human beings have a great capacity for denying the problems that surround them. And sometimes, even when they see reality right in front of their eyes, they still have the audacity to deny it. Sometimes it’s out of fear, sometimes it’s out of embarrassment. In the case of people with airs of superiority, their biggest problem is the insecurity that haunts them.

Of course, self-esteem plays a fundamental role here. In this situation, you can either feel superior or feel inferior. People with airs of superiority mask their insecurity by acting superior to others and humiliating them so they can feel better about themselves.

Self-Deceit: Lies That Keep You Going

They’ll look down on you

One of the factors that can lead a person to act superior to others is being bullied as a child. It’s possible that when they got to university, they drastically changed how they acted to protect themselves against future attacks and harassment.

For this reason, they think that from the first day on, they have to step on others and demonstrate confidence so that they don’t get stepped on again, presenting themselves as someone they really aren’t. They’ll never acknowledge a mistake they’ve made, they’ll just blame others. They may also act pedantic and arrogant, with such a positive opinion of themselves that they’ll be a role model to the people around them.

To feed into the superiority, they need people to follow and pay attention to them, and if not, they will feel like a failure and collapse. This is why they’re so melodramatic, and why they make jokes about their superiors to show people who the real leader is.

Unfortunately for them, sooner or later the situation will end, and when this happens their self-esteem will be wounded. Ignoring a problem does nothing more than make it worse, and when it can no longer be fixed, it will push against you with a strength that’s difficult to counteract.

“Self-deceit is at first a warm refuge, and later a cold prison.”

Putting on a mask is never a good option. The solution is found in the search for a balanced self-esteem that allows you to feel secure and good about yourself. Presenting yourself as someone who hurts others won’t make you feel any better, at least not in the long term. Inside, you’ll continue to feel that terrible emptiness and insecurity.

So every time you find yourself with someone who has a superiority problem, be careful. They’re not at fault for acting this way because of the horrible situations they’ve had to go through. If you have the opportunity to extend your hand and help them, do it; if not, distance yourself and let them follow their own path until they solve their insecurity problems by themselves.

Now you know that anybody who exaggerates their virtues – whether it’s security, strength, courage, or intelligence – and acts like they’re above others does this because they’re insecure about it. It’s a way to protect themselves, even though all they’re really doing is causing more harm.

5 Tools to Help You Resolve Problems and Conflicts

Abuse is something that is present in day to day life, in many diverse forms. It may exist in your relationship with your spouse, your parents, a friend, or a colleague.…

Like the extraordinary human beings that we are, we crave success. We're made to achieve it and to be capable…