Self-Deceit: Lies That Keep You Going 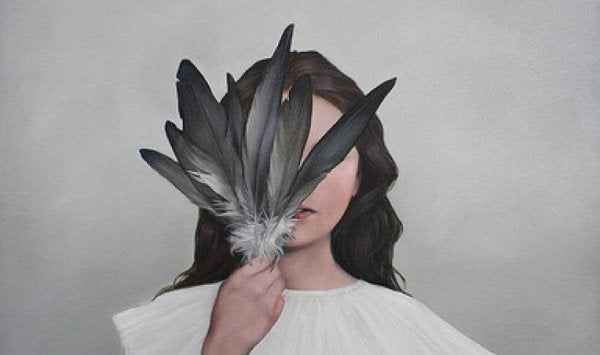 Everybody is familiar with lying in some way or another. Some people are more brave and will admit that they lied, while others don’t seem to want to take responsibility for it.

In reality, who hasn’t lied to themselves? Maybe it’s still too soon for you to realize you’ve done it…So let’s reflect on it.

“The most common sort of lie is that by which a man deceives himself: the deception of others is a relatively rare offense.”

Deceit as a life companion

Deceit and lying are a part of life. Even nature uses it as a resource. Think about viruses that are capable of deceiving the immune system to enter into the body, or the dance of confusion and lies between predators and prey, where everybody’s objective is their own survival. But what about us humans?

Beyond lies that are disguised as good intentions meant to achieve something concrete, there are classes of lies that can sustain us for a period of time, or even our whole lives. These lies are created to escape reality, and they use the unconscious as a refuge.

Dostoyevsky wrote in his novella Notes from Underground:

“Every man has reminiscences which he would not tell to everyone, but only to his friends. He has other matters in his mind which he would not reveal even to his friends, but only to himself, and that in secret. But there are other things which a man is afraid to tell even to himself, and every decent man has a number of such things stored away in his mind. The more decent he is, the greater the number of such things in his mind.”

Nobody is free from self-deceit

Language and awareness are important in self-deceit. Even though reality is what it is, and keeping in mind that everyone constructs their own reality, it’s through this language that we describe and convey our realities to ourselves. Reality is a reflection of how we tell it.

Keeping in mind that we’re very capable of creating biased beliefs about any aspect of life, who can be free from their own assumptions or confabulations?

We become victims of self-deceit so that we can survive each day.

There’s a whole framework of lies that keep us going, but that are also times the handcuffs tie us to certain situations without us realizing. They’re the reason we often feel like no matter what we do, we can’t move forward.

“Truth has the structure of fiction.”

When the weight of the truth is too brutal or threatening, sometimes the fear of suffering makes us avoid reality, so we pay no attention to it and deceive ourselves. And we automatically fill these empty spaces with explanations, imagination, and fantasy. That’s where the popular saying “eyes that don’t see, heart that doesn’t feel” originates.

In this way, if you don’t see what’s happening, it can’t hurt you, the danger diminishes, the anxiety goes away, and you can move forward. The facts have been ignored, and you’ve modified the meaning of the experience. The lie is there, but you don’t see it. It’s hidden behind silence, justifications, negotiations, and glass castles that you’ve built.

The lie is maintained through the power of our selective attention to hide, transform, and blur painful truths, creating a more acceptable disguise for ourselves.

A disguise that’s reminiscent of Winnicott’s false self, in which the lie is considered part of the natural development of human identity from an early age. A disguise that mitigates the distress and suffering created by expectations that parents place on their children, which they haven’t fulfilled. They disown themselves so that they can finally construct a character that fits the ideals their parents have established.

Self-deceit is also used to fulfill our own expectations or those of other people. We also do it because we don’t want to see what’s happening to us or feel what we’re feeling, and this is a way to justify ourselves.

It happens in romantic relationships when we don’t want to admit to ourselves that the relationship is falling apart, or that our feelings aren’t the same anymore. Or in addictions, when the person believes that they’re in control of it. Or in social and political relationships, and so on.

Self-deceit is an important defense that we use against danger. It’s like an armor that protects us from experiences that are difficult to accept, an armor of character, as William Reich called it. A shield you hide behind and use to protect yourself from anxiety as you move through a sometimes hostile world.

The effects of self-deceit

Self-deceit can have diverse effects, and sometimes a high cost. In these cases, the person’s world becomes fragmented, because the information they ignore is found in the unconscious, being impersonated by conscious lies.

As Daniel Goleman states in his book The Blind Spot, the first step you need to take to wake up to self-deceit involves realizing you’re asleep. That is, considering the possibility that in some aspect of your life you might be deceiving yourself, and then later delving into the web that you’ve constructed in order to escape from reality.

We tend not to realize what we’re preventing ourselves from seeing, and we also don’t realize that we don’t realize this. Most of us make a pact, unaware, with the old arab proverb:

I Don’t Want Consoling Lies; I Want The Truth, Even If It Hurts

Link copied!
Interesting Articles
Psychology
Grief Is a Test of Our Maturity

Psychology
How To Fill The Soul When It Is Sad

He feels sad, alone, dispirited…sometimes things are not like he would like them to be. Things are not going well…

People with antisocial personality disorder disregard other people's rights. In addition, their contempt usually makes them disrespect those who represent an obstacle in…