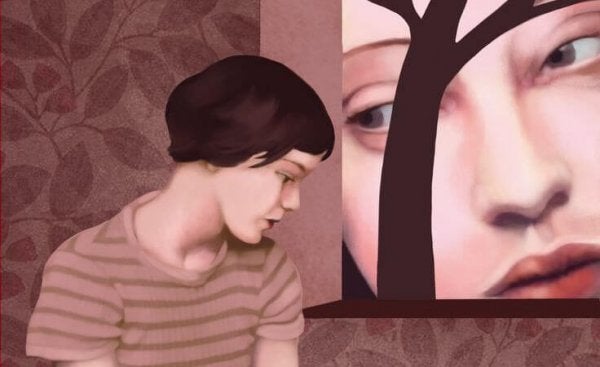 Identifying abuse is easy when the abuse is physical. But, what about psychological abuse? This kind isn’t usually so obvious. It’s a silent kind of abuse that occurs between two people, while the rest of the world remains ignorant of it.

The abuser knows that his or her words have power. That’s why he or she uses them. In fact, psychological abuse is much more effective than the physical kind. It leaves a mark, and leads to problems that remain over time.

Many people affirm that these invisible blows hurt much more than any physical abuse. Many people would prefer a beating over the emotional pain and scars of psychological abuse.

Your words hurt me

Psychological abuse uses words to cause harm, degradation, slights… All of this, at first can be very subtle, so that the abused person won’t notice, and slowly they start playing into the abuser’s game.

With this kind of abuse, people seek the power of being able to control a person without them being aware of it. Do you want to learn how to detect a psychological abuser? Keep in mind the following characteristics:

If you have ever found yourself with someone who has any of these features, you’ve probably been a victim of psychological abuse.

While it’s true that on occasion they can use physical force if they see that the psychological pressure isn’t enough, the truth is that this isn’t something they do “often”.

The marks and bruises won’t manifest on your skin, but on your soul.

I want to be free of your invisible blows

The truth is that it’s hard to help or for someone to allow themselves to be helped if they are being mistreated psychologically. To start with, the person themselves won’t know if they’re right or if they deserve to protest about it. The abuse is such that it will make them think that they deserve the situation, that they’re not a good person and they deserve everything they get.

Here we’ll find a completely shattered self-esteem. A broken self-esteem, a life without meaning, surrounded by pain, fear and the need to satisfy someone who constantly causes them harm. Even when someone is conscious that they’re being mistreated, the time comes to look for help and, surprise! Where do you find it?

Psychological abuse is silent for a reason, how do you prove that you’re being mistreated? It will be your word against the word of your abuser, and there’s still a lot of skeptic people that will believe that it’s all in your head, or that you’re going crazy.

It might also happen that even though you’re conscious that you’re being harmed, you wish to go on and protect the person that’s harming you. Many abused people defend their abusers! This is called “Stockholm Syndrome”.

“What worries me is the other kind of abuse, the kind that doesn’t leave marks on the skin.”
-Walter Riso-

It’s important to note that this kind of situation, though it is suffered more often by women, can also be experienced by men.

The important thing is to be able to identify it and help the abused person, if they so wish. Sometimes, no matter how hard we try, there’s nothing we can do.  The mental wear is such that the abuser achieves his true goal. But still remains...invisible.

Richard Gardner first coined the term Parental Alienation Syndrome (PAS) in 1985. We see this syndrome primarily in the context of child custody disputes.  In parental alienation syndrome, one parent launches a…

Psychology
Ego Traps That Block Our Freedom and Personal Growth

Ego traps cut off our happiness. Because this essence of our being is never satisfied, it anesthetizes us with its…