5 Tools to Help You Resolve Problems and Conflicts 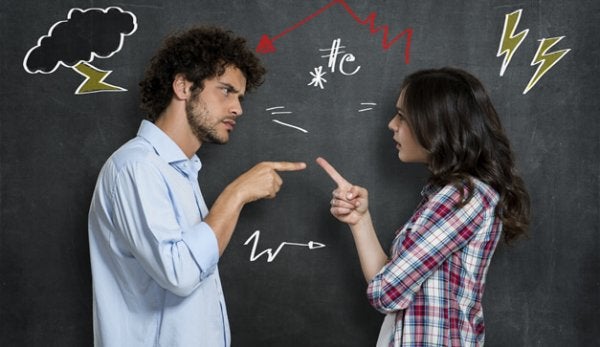 Our lives are plagued by problems and conflicts that surprise us. Sometimes we leave them feeling graceful; other times, not so much.

This sometimes causes us to ignore the problem or conflict and pass right over it. But this doesn’t mean that the problem has disappeared. And it also doesn’t solve the anger that we, and anyone else involved, might feel.

Today we’ll cover the resources that we have at our disposal to resolve these problems that, on many occasions, paralyze us and keep us from moving forward.

1. The problem is there, don’t ignore it!

Like we already said, we often ignore the problems around us with the hope that they’ll disappear with time. Ignoring our problems them won’t save us from them.

Ignoring a problem can make it disappear for the time being only for it to come back in the near future, or make us live in a continuous state of problems and conflicts.

We should see the problem and try to find a solution for it as soon as possible. The proverb “eyes that don’t see, heart that doesn’t feel” has no place in this situation.

2. Substitute old ideas for new ones

Most conflicts and problems arise because we have old ideas in our heads that do nothing more than keep new ideas from entering.

The more time we spend fixated on one idea, without allowing ourselves the possibility of questioning it, the more problems we’ll have and the more conflicts we’ll have to deal with. But why does this happen?

Being sure of the validity of our ideas, instead of eliminating them or substituting them with new ones, causes us to believe that they are true even though, in reality, they’re actually foolish. This will inevitably cause problems because we believe we are accurate when we are actually mistaken. Listening to other opinions is fundamental to helping us to adopt new ideas that will enrich our minds.

What should you do? Think positively, visualize the situation without the problem, and make an effort to find a solution. We should never look backwards. We should only look forwards.

Changing your way of seeing things will help you to be more positive. Don’t let your problems control your life and determine if things will go well or poorly. You have the power to visualize a recovery, to face your conflicts, and to find a solution.

We can’t deny that problems and conflicts that originate between people can turn out violent, in every sense of the word. But what happens with our own inner violence?

It’s not just the situation that’s violent. There isn’t just misunderstanding and anger. We exert violence against ourselves by repressing emotions like anger and by not verbalizing certain opinions.

Self mistreatment is nothing more than a ticking time bomb. Your inner violence won’t be good for the conflict that you’re trying to solve. All of that contained anger will come out one way or another, which will create even more conflicts.

This doesn’t mean that you should start to shout and show your anger whenever you feel it. But you should stop trying to please everyone and be yourself.

5. Congratulate yourself and others whenever you can

Many conflicts are truly hard and require a lot of effort, because we’re usually dealing with people we love.

If this is the case, the solution is very easy. You know that everyone makes mistakes, and offering sincere words of encouragement like “I know that you’ve put in a lot of effort,” or “you’ve done this all by yourself,” could be a solution to problems that could arise.

But these are also words that you should say to yourself. Don’t wait for someone else to say them to you; do it yourself! You are aware of your own efforts and hard work. This will also help you to be aware of the work that other people do.

Acknowledging your own efforts will help you understand other people’s efforts. Conflicts and problems hurt both you and other people. Relationships will be damaged, anger will occupy your life, and your health could be affected. Never ignore conflicts; face them.

Link copied!
Interesting Articles
Conflicts
Hostility in a Relationship is the Prelude to the End

Conflicts
Couples in Summer - Together But Not Messy