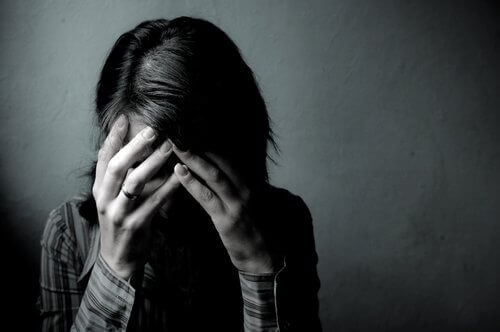 Its name became “self-defeating personality disorder”. Scientists did this in order to avoid association with the psychoanalytic concepts of female masochism. Writers included the disorder in an appendix of the DSM-III-R dedicated to conditions that needed further studying.

In 1994, authors completely eliminated it from the DSM due to social and political reasons. Although this disorder affects the people who suffer from it, its elimination has significantly decreased the amount of research that can shed more light on it.

The concept of masochism has its origins in Kraft-Ebbings descriptions from the 19th century. He described the behavior of certain people who sought sexual pleasure by submitting to physical pain from a dominant partner. Subsequently, Freud and other psychoanalysts described a pattern of submissive non-sexual behaviors (mental masochism).

What gives meaning to their lives is giving themselves to others completely. These people even go as far as giving up on what they want in order to please someone else. They don’t seek gratification. It pleases them to simply direct their efforts into improving another’s life. Oldham and Morris (1995) proposed a series of characteristics that define a self-defeating person. Let’s delve deeper into them.

Characteristics of people with a self-defeating personality

Also, these people can often avoid or dismiss pleasant experiences. They often allow themselves to be dragged into situations or relationships in which they’ll suffer. In addition, they frequently don’t let others help them.

Masochistic or self-defeating personality disorder is characterized by the following criteria, according to the DSM-III-R.

A) A pervasive pattern of self-defeating behavior, beginning by early adulthood and present in a variety of contexts. People with this disorder may often avoid or undermine pleasurable experiences, be drawn to situations or relationships in which they will suffer, and prevent others from helping them, as indicated by at least five of the following:

B) The behaviors in A do not occur exclusively in response to, or in anticipation of, being physically, sexually, or psychologically abused.

C) The behaviors in A do not occur only when the person is depressed.

As we can see, people with masochistic or self-defeating personality disorder have a strange tendency to harm themselves, accumulating setbacks and frustrations. The required intervention isn’t easy. In this sense, these patients often resist treatment because they feel like they need to be submissive to others. Therefore, they use defeatist schemes, and this makes psychological intervention lengthy and difficult.

Note: In this article, we use the word disorder for the sake of convenience. The truth is that, at present, masochistic or self-defeating personality disorder has a controversial clinical identity. It’s more a problem than a disorder.

Inception: How Traumas Sneak into our Brains
Inception is an American movie from 2010 written, directed, and produced by Christopher Nolan. It's a fascinating look at dreams and trauma. Read more »
Link copied!
Interesting Articles
Psychology
Honoring the Memory of a Loved One

Losing a loved one is challenging. Many times, we feel incredibly overwhelmed by the pain that comes with loss. Thus,…

Xenophobia sounds like a strong word. When the media uses it, they're usually referring to serious cases of relatively organized…

Culture
The Importance of Self-Love When Choosing a Romantic Partner

People call Antonio Damasio the "brain wizard." They also say that it's thanks to him that we now understand mental…