Do You Know the Social Impact Theory? 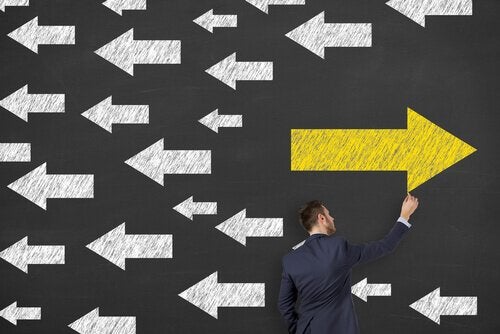 Thus, the social impact will depend on the social forces, which are what causes the changes, the immediacy of the event, and the number of sources that produce the impact. The application of social impact varies from the diffusion of responsibility to social laziness, stage fright, or persuasive communication.

The value of relationships is based on costs and rewards. While costs subtract points from a relationship, the rewards add points. On one hand, rewards give us pleasure or satisfaction that we enjoy, while the costs include any factor that takes away from our happiness.

For example, imagine that we’re studying for an exam that we have tomorrow. Suddenly, a friend calls us and end up wasting all afternoon talking on the phone. The call costs us because it kept us from studying. Therefore, in this case, that relationship is considered negative. Our friend influenced us, and that influence is a social impact.

Factors of the social impact theory

We can explain the social impact theory using three factors. These factors are:

Laws of the social impact theory

The second law is a psychosocial one. According to this law, the greatest social impact occurs when a single source appears. This happens when there’s no source and one suddenly appears. However, when one or more sources appear and there’s already an existing source, the sources will have less and less impact. In one study, several people stayed in the street staring at the sky. The results showed that more people looking at the sky meant more onlookers were curious. However, that change became increasingly insignificant as more people showed up.

The third and last law is the multiplication and divisions of impact. According to this law, strength, immediacy, and the number of sources all play a role in social impact. In other words, the more force and immediacy, and the greater number of sources there are in a given social situation, the more social impact will be divided among the sources. This law explains phenomena such as the diffusion of responsibility, where people feel less responsible when the number of people around them increases.

According to this dynamic theory, force determines social influence, immediacy, and the number of sources, as in the previous theory. However, these groups are complex systems that change constantly and are never static. The dynamic social impact theory reorganized the groups into four basic patterns: consolidation, clustering, correlation, and continuing diversity. These patterns allow group dynamics to operate and ideas to spread throughout the group.

These theories help us understand the influence that other people or groups can have on each other. Social impact theory states that sources can affect us in our daily lives. Thanks to this theory, we can measure just how much they impact us. We can know what factors are going to affect us the most and how to avoid social impact if necessary.

4 Ways of Understanding the Social Sciences
The social sciences attempt to understand human behavior from a particular perspective. Read on to learn more in this article! Read more »
Link copied!
Interesting Articles
Stories and Reflections
Mature Love: When First Loves Don't Come in the Right Order

Culture
Use Positive Language to Change Your Outlook on Life

Using positive language can transform our lives, as it helps us improve our way of communicating and our relationships with…