Help! A Tantrum is on Its Way! 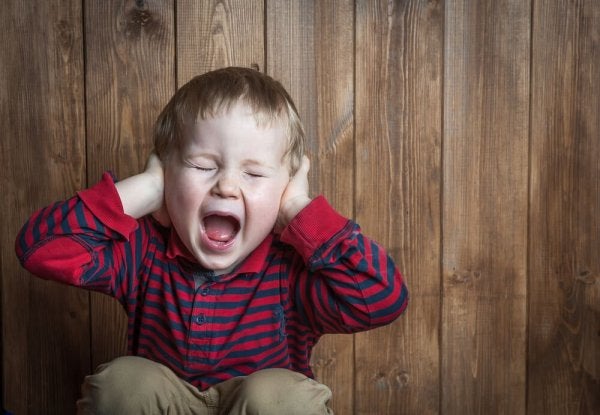 Oh no! You know that this is not the time for your child to have candy, but you also know that if you say no there will be one inevitable and uncontrollable result: a tantrum. But hold on a second, is it really uncontrollable?

You tell him that there isn’t any candy, and you see it start. He starts crying and screaming, yelling over and over again that he wants candy. You try to talk to him, calmly at first, but then you get irritated and end up shouting too. What can we do to keep the situation from getting out of hand? Read on and find out!

“Disorderly behavior can be compared to a short sharp winter flood”

Is it normal for kids to have tantrums?

When we’re little, we aren’t usually able to express our thoughts very well. Either no one has taught us or, if they have, we don’t have enough self-control to do it. Therefore, kids between 18 months and 5 years old throw tantrums, usually in response to rules that they don’t like. Generally, tantrums reach their peak frequency at 2 or 3 years of age.

It is an act of disobedience, typical at this stage of a child’s life, but this doesn’t mean that there aren’t things we can do to keep them from happening as often. In fact, if nothing is done to try to avoid them, more serious behavioral problems could develop as the child grows up. These include oppositional defiant disorder and antisocial personality disorder.

To prevent children from resorting to aggression to resolve conflicts and get what they want, it’s important for parents to understand something. The crying is not because they’re suffering, but rather because it’s the only tool they have to get what they want.

A key tool you’ll need in your toolkit to make a tantrum disappear is to reinforce other behaviors or attitudes that are appropriate. We need to show our child that we like it when they’re calm and that they can ask for things without screaming. This will encourage him to do it more often. If a child feels they are getting attention then they will continue this type of behavior and start doing it more frequently.

But we need to be clear about a few things first. In the first place, it is very important to use it in a systematic way. We shouldn’t change our methods, even though the tantrum may get worse before it gets better.

That’s what happens when a child perceives that he’s being ignored. He will throw even worse and more disruptive tantrums, just to see if he can get the attention that you’ve withdrawn.

Right then, when a tantrum has gotten worse, one of two things can happen. We can either pay attention to him or ignore him. If we give him attention then we will be reinforcing his behavior. In effect, we will be saying: to get what you want you just have to scream a bit more. And we don’t want that.

The second scenario takes a lot of patience, because we also have to be systematic in our approach. The goal is for the child to stop his tantrum by himself because he can see it’s not going to get him anywhere. The child will get a completely different message than he would in the first scenario.

He’ll see that if he shouts louder he will get less attention. He will remember this and he’ll register tantrums as an unsuccessful strategy. Consequently, the next time he wants something, he will be unlikely to use tantrums.

Finally, the longer we let tantrums go on without correcting them, the harder it will be to make them go away. It’s hard to stop, but if we don’t try, then the long-term consequences will be worse.

Self-control is the secret to the extinction method. Another tool that will help here is relaxation. You may have heard about extinction before, but do you know how to apply it correctly? Let’s see how to do it step-by-step:

The truth of the matter is that, when a tantrum starts, it’s very difficult to ignore the screaming and kicking. But it is vital to ignore it if we want it to stop. So let’s arm ourselves with patience and act intelligently. Bring on those tantrums!

Do it, take the leap into thinking positively and you'll feel different. Shift perspective, relativize, reformulate. Only in that way will…