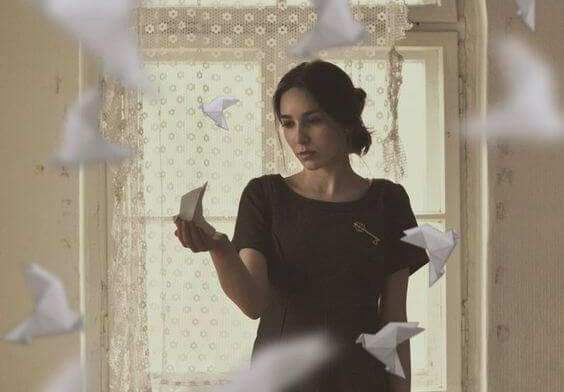 Envy is considered one of the seven deadly sins, and it tends to go hand-in-hand with destructive criticism towards the object of envy. It is destructive both for the person who feels it and the person it is felt towards. This emotion is as common as it is harmful, and it is often masked by superficial, shallow statements.

It takes time and concentration to discover envy, since it’s not a feeling that enjoys much social approval (except for “healthy envy,” which can be understood as a synonym for admiration). For this reason, it acts silently, tends to grow over time, and can lead people to delight in others’ misfortune.

However, sometimes it lets itself show and comes loaded with resentment or judgment, which isn’t always understood by the person being envied. This is because when it’s expressed, it is disguised as cheap shots and destructive criticism.

Envy arises when you want something that you don’t have and feel upset over other people’s good fortune. Unfortunately, it’s also a relatively common feeling that turns you into a lesser person. Also, it isn’t just felt towards “unattainable” people; it can appear regarding people in one’s closest circles.

“Everything I do and everything I’ve decided to stop doing is motivated by a desire, whether I can identify it or not.”

This unpleasant feeling occurs due to two main human tendencies: wanting what we can’t have and comparing ourselves with everyone around us. Therefore, envy is born from desire and drags the envious person down to the point where they lack empathy.

In addition, the negative reactions that the envious person feels tend to lead them to isolate themselves or have difficulty interacting with others. In short, they struggle to put themselves in the other person’s shoes, to be happy for them, and to cultivate a healthy relationship with them.

Envy: one of the most terrible feelings

Once envy arises, it is mixed with many other contradictory feelings: admiration, frustration, indignation, distress, etc. It is usually felt towards family members, friends, coworkers, and other people who are closest to the person.

For these two reasons, it can be said that envy is one of the most poisonous feelings. You can envy someone else’s prestige, money, health, emotional success, profession, etc. This all results in immediate criticism as a form of relief.

It’s a repetitive kind of criticism that doesn’t attempt to clarify anything, but rather to feed into one’s own sense of complacency, which often makes the other person feel bad. Envy can come along with defamations, insults, or lies, so that the person doesn’t have to accept reality or put words to their feelings.

“Envy is a thousand times more terrible then hunger, because it’s a spiritual hunger.”

Take a look at yourself before talking about someone else

The harmful judgment that comes from envy is a product of apathy and dissatisfaction with one’s own life. Envy reflects desire, nonconformity, and self-rejection. It’s a feeling that speaks of dissatisfaction but runs from acknowledging it.

It’s not a question of always conforming or not seeking personal improvement, but one of the best ways to re-channel envy is to use it as motivation. That is, let the success of others be the spark that wakes you up and pushes you to take action.

“Criticism is nothing other than hidden pride. A soul that is honest with itself will never stoop to criticism. Criticism is cancer of the heart.”

Taking a look at yourself before you talk about someone else in an envious way will help you recognize what you have to change or what desires you have that you may not have achieved up until now. From then on, it will be much easier to direct your actions towards achieving your goals and fighting for them with hope, not hate.

Improve Yourself Instead Of Criticizing Others

Although we are all familiar with the saying "do unto others as you would have them do unto you," inevitably there…

Once when I was little, I injured my arm, and the doctor told me the proper process for healing wounds. Some wounds require stitches, and others do not, but they…

"Anyone can become angry; that is easy. But to be angry with the right person, to the right degree, at…

Wellness
Let Go of That Person Who Did Nothing to Stay

We have to let go of that person who never did anything to stay, of those people with temporary feelings who made…

We should never forget the fact that fear is a healthy emotion. It's part of your survival instincts. Some fears that…

Wellness
When You Feel Anger and Don't Know Why

It's a kind of discomfort that manifests itself into your mood, but also in your body. You experience annoyance. It…