Home » Wellness » Anger Can Take Control of Your Thoughts

Anger Can Take Control of Your Thoughts 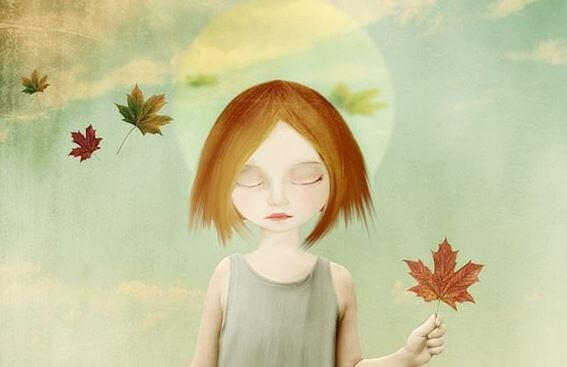 Anger is an emotion that hijacks your thoughts, words, and actions. It’s a defensive weapon that, poorly used, can act against you and cause a lot of damage if you let it grow.

We don’t like it, but we’ve all learned many times that we can’t avoid it. It’s evolved as a natural tool that we use to face perceived injustices. For example, when a child complains forcefully and insists that their sibling has stolen a toy from them, this is a way to assert their interests and prevent their integrity from being undermined. The problem with anger arises when the child can’t move beyond having a tantrum.

In other words, if you remain stuck in the idea that “they took my toy away from me,” your physiological and cognitive system will become trapped in a spiral of negative thoughts and feelings that prevent you from moving forward.

The vulnerability hidden behind anger

We don’t like to show anger in public, because we believe it reflects poorly on our character. We’re afraid to express it, so we tend to only show it at home, to the people who know us, because we expect them not to judge us.

If anger is improperly managed, it’s not seen well by society. However, as we’ve said many times, expressing it can provide you information about what’s bothering you. It lets you examine yourself and find balance.

The main reason we punish the expression of anger is because we confuse it with rage, or the excessive and uncontrolled expression of what’s bothering us. In other words, we equate exploding and screaming to scowling when something bothers us.

But really, anger is not the same as rage. The latter is a response to poor management of anger. You create an entire beach out of a grain of sand when you hold in your anger for too long. And this is when you throw a fit.

When you don’t acknowledge and express the things that bother you, it turns into a powerful mix of emotions that takes control of your mind, brain, and body.

Why? Because you’re turning an isolated incident into the sole focus of your attention until it becomes a snowball of emotions that keeps getting bigger and bigger.

Understanding and expression, the first steps toward cooling down

When you make yourself aware of your feelings and emotions, you get one step closer to managing them and making them useful instead of harmful. You can put a stop to the anger by expressing yourself and freeing yourself from much of the emotional weight that caused your negative mood to develop and threatened your balance.

Going back to the example of the child whose toy was stolen, it’s helpful to evaluate normal and adaptive ways to promote equality through protest and petition and restore the freedom that was violated.

But like we said, when anger arises from a physical or psychological threat, it’s important to turn these feelings and emotions into actions. Otherwise you’ll be dominated by thoughts and actions that promote negativity without actually trying to solve the problem.

Anatomy of an emotional, angry brain

When you perceive an injustice committed towards you or something that involves your own personal interests, the limbic system (the amygdala and adjacent structures) receives a spark that sets the gears in motion.

In other words, it activates the nervous system to prepare the body and mind for action. The neocortex is responsible for calculating and preparing for a reaction that’s appropriate for the situation.

The limbic system releases catecholamines, which help us to react decisively and rapidly. In these moments, if the activation is high, you can feel like you’re on fire. Your cheeks get warm, your knuckles turn white, and your mind goes a thousand miles a minute.

Meanwhile, the adrenal gland releases adrenaline, which prepares us for action for a longer period of time. This hypersensitivity can dominate the mind, which tends to feed off of the spiral of negative thoughts.

That is, the smallest touch can make you jump, causing the anger to build up, which leads to further cognitive incapacitation because you can’t reason properly. This leads you to undervalue the thoughts that would slow the escalation of anger.

They key to properly managing anger is to ease the agitation. This can be done in two ways:

This is why we say that anger is an emotion that seduces your thoughts, that convinces you that the thing that made you angry is the origin of everything bad.

Thinking hostile thought after hostile thought ends up creating a chain of anger that grows and turns into rage. So when you question some of those chains of categorical reasoning, you can calm the images in your mind that promoted such excessive distress.

Little by little, when you stop adding wood to the fire, it will start to disappear, and you can contemplate the situation without those chains that had control over you before. This is the first step towards emotional well-being. 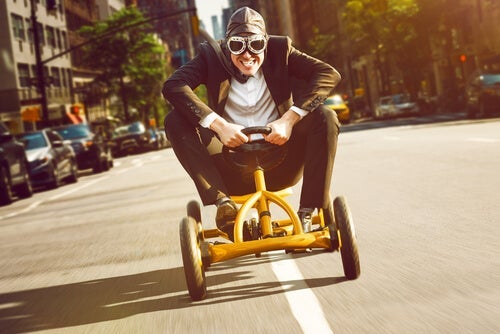 Immature people are characterized by carrying with them certain childhood desires and fantasies. This is why a lack of emotional regulation and egocentrism are two of their most characteristic features. Impulsiveness and lack of empathy also characterize immature people. They… 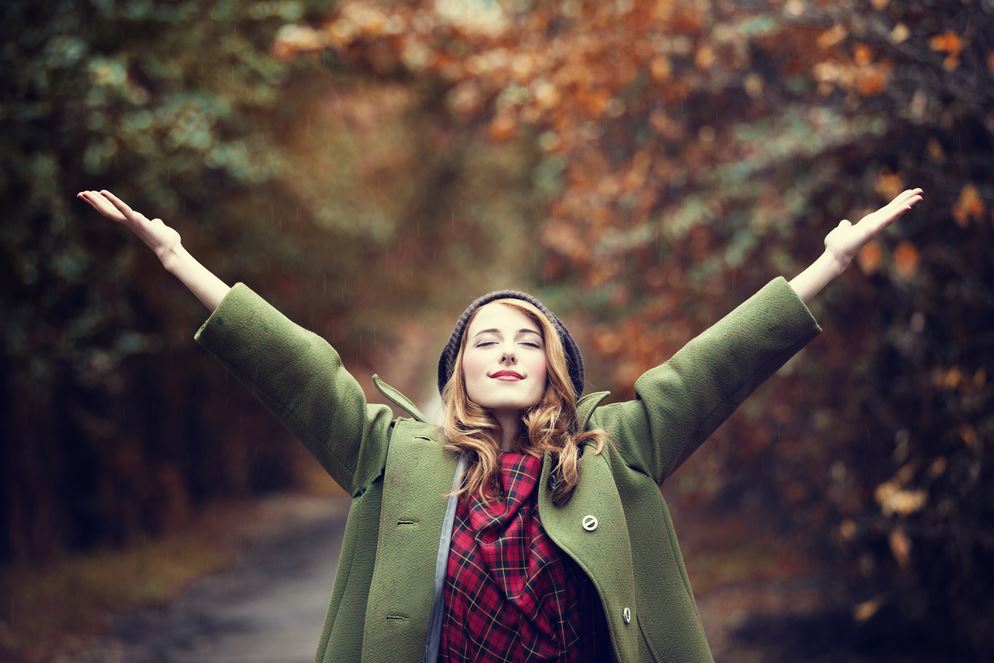 Wellness
Learn to Accept Your Emotions

“Worrying is silly.””It’s not worth it.” “You have no reason to be sad.” “Come on, stop crying.” “You have to get over it.” How many times have we heard phrases like these being said with the best intentions? We’ve received this… 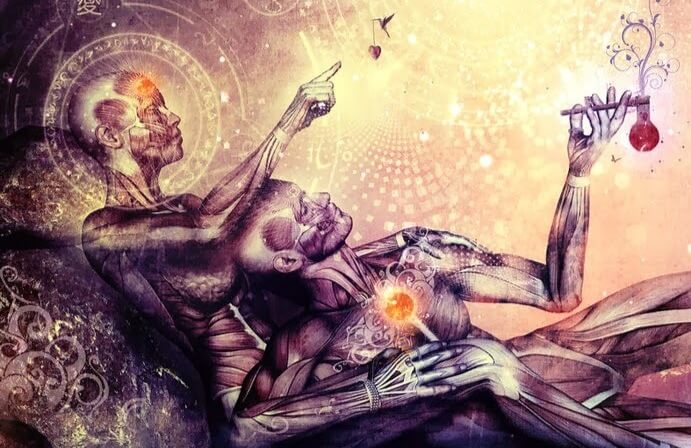 Wellness
Love Should Strengthen Self-Esteem, Not Destroy It

The art of loving someone properly does not involve pleasing the ego. It’s a psychic connection that provides encouragement, support, and respect. Wise love is not blind, because both people look at each other maturely and consciously, wanting the other to fly… 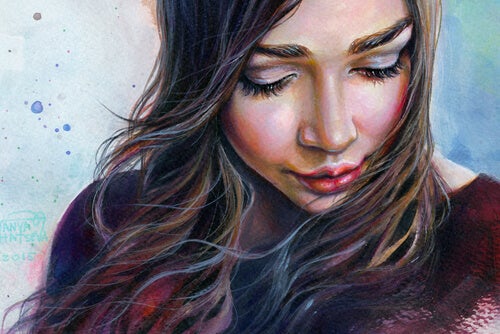 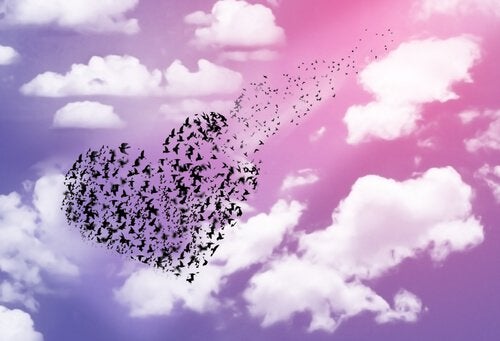 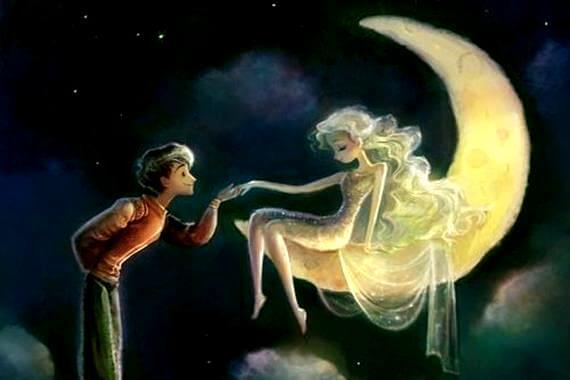 For many people, love is nothing more than a game. A form of entertainment in which the other person’s feelings don’t hold any value. In all of this, the manipulation that will lead to the relationship’s downfall is present. It’s…