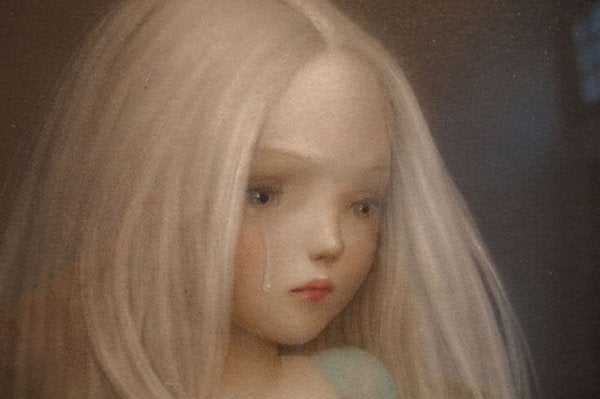 People are full of dreams they deeply wish to fulfill. But as people, we also have a lot of fears that prevent us from achieving those dreams. When you add criticism on top of those fears, achieving what you’ve set out for yourself can seem almost impossible.

“Criticism may not be agreeable, but it is necessary. It fulfills the same function as pain in the human body. It calls attention to an unhealthy state of things.”
~Winston Churchill

But, have you ever stopped to think about the fact that the people you most admire received criticism, as well? Where would we be if humanity were not able to handle what arises? What’s the worst thing that can happen if you ignore criticism? What if it is actually constructive criticism itself which helps you to see a more satisfying path?

We’ve all been victims of criticism at some point. We must not see it as something negative because healthy criticism can help us improve. What is negative however is the type of criticism that discourages you, holds you back and makes you feel inferior.

Have you ever experienced those feelings? Surely the answer is a resounding yes. We all must face it, and quite often, in fact. The important thing, however is learning to identify it and then keep it from hindering you in any way.

When criticism arises, our first reaction is to get defensive. Nobody likes to hear that their idea is useless, or that their dreams have no real chances of coming true. Since you aren’t about to give up on your dreams, stop for a moment to analyze what you have been told. Take a deep breath before responding.

Is the criticism supported by facts or objective arguments? Can you find alternatives to the path you are following now? Is your dream realistic? You will see that criticism that is made with love and genuine interest will help you in achieving your goals. When it comes to the rest, though, don’t worry about their malicious and unfounded criticism.

“The final proof of greatness lies in being able to endure criticism without resentment.”
~Elbert Hubbard

Do you speak from experience?

If a person has tried, but failed to achieve their dreams, they will feel tempted to make criticisms that get you down. Don’t take them personally! Often times, they do this to prevent you from suffering like they did.

At this point, you must not only listen to the criticism, but give yourself some time to analyze it and reflect on what you’re doing. Constructive criticism can help you find the most effective way to achieve that which you dream of – but you must be careful.

Some people do not achieve their dreams because they, too, are struggling. Then, when they see someone doing what they initially wished for, they look to sabotage them. These people are toxic and you are certainly not their only victim.

“To avoid criticism say nothing, do nothing, be nothing.”
~Aristotle

Accept that you are the center of your universe

I know people who can’t deal with criticism. When they hear that something is wrong with their dreams, they automatically discard them. This is a huge mistake! In order to fulfill your dreams, you must be convinced that you deserve them and are capable of their achievement.

The whole world can tell you that something is unrealistic, but if you really believe in it and believe in the path to achieving it, you will. Even if you’re not the center of the universe, you need to be the center of your universe. In the end, dreams and criticism have the power you give them.

Let’s say your dream truly has no way way of being fulfilled and the criticisms are true. In this case you should not give up. You just need to turn around what you want and find a way to make it happen. Sometimes our dreams can get out of hand and we strive for things that are simply impossible to achieve.

Do not fret. Stop to consider which alternative would make you just as happy, and surely you’ll find one. Did you want to become a professional dancer but never practiced? It may be impossible to pursue the same career path now, but you can still enroll in ballroom dancing classes and competitions, if you so desire! There are not enough reasons to stop dreaming: never do it! There is no worse way to live than going day to day without a reason to stand up and fight.

Criticism depends on other people’s perception

The last thing you should remember is that the criticism is very personal. Criticisms really have less to do with you, and much more to do with the vision and ideals of the person who says them. Similarly, your dreams are very personal. No one else can understand what you crave because it is based on your personal experiences.

It's hard to step into the shoes of those who have suffered the recent terrorist attacks in Barcelona. Regardless of whether it was directly or indirectly. But it's even harder…

Psychology
There's No Turning Back Once Your Eyes Have Been Opened

There are wounds that, instead of opening up our skin, open up our eyes. Once our eyes have been opened…