Wishful Thinking: Seeing What You Want to See 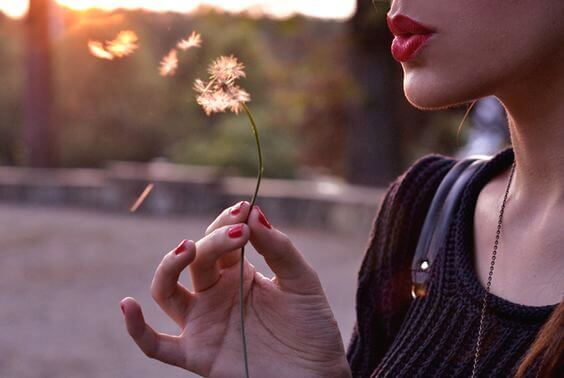 We’re constantly making decisions about work and relationships, but do you think that they’re all rational and logical? Sometimes, we don’t realize that our own wishful thinking has a lot of influence over our decisions.

“We can ignore reality, but we cannot ignore the consequences of ignoring reality.”

When you desire something, like achieving a goal or buying that house you saw and couldn’t get out of your mind, you send a signal to your brain that indicates you’re missing something. Every decision you make from then on will be influenced by this desire.

So what happens to reality? It transforms into what you want it to be and causes you think everything is going your way. It isn’t difficult to see how many problems this can cause, not only in relationships, but also at work. Reality is what it is, and as much as you want to see it through other eyes, it’s not going to change.

Thought becomes a slave to desire

It might seem extreme, but thought becomes a slave to the desires of the mind, especially if it’s a really big desire. When this happens, as rational as you think you are in the moment you make the decision, that’s not how it is. You no longer see reality as it is; you see what you want to see.

Wishful thinking is based on illusion and fantasy. As such, it doesn’t matter what’s really happening. If you’re going down the wrong path, if people aren’t treating you well, if you’re making mistakes, you can’t see any of it because you’re visualizing a different world, one that you imagine and make real in your mind.

Despite the fact that wishful thinking can be a form of motivation, it can also become a way to avoid a situation that you don’t like. For example, imagine you’re in a relationship where everything is going badly. You want everything to be like it was before, when everything was better. In your mind, you remember the times when happiness reigned. You bring these memories to the present and imagine that this is how the relationship is going now.

Reality can be very painful, and for that reason, we unconsciously try to run away.

You’re living in a fantasy world without meaning to and without being aware that you’re closing your eyes to what’s happening. So, you pretend. You end up focusing on yourself, your own desires, and you end up forgetting about others. This causes serious problems.

The traps of wishful thinking

You have to realize that wishful thinking never comes from reality; it comes from what you want to happen. But being realistic is necessary to avoid falling for certain traps that can cause serious problems in your life. The following are a few examples:

Sooner or later, reality will show itself, which will be much more cruel and much more bitter.

If you live in this fantasy world for too long, the time will come when you won’t know how to distinguish between what’s real and what’s not. There will be moments in your interpersonal relationships when others will try to open your eyes. Reality will slap you in the face and make you sad, and you won’t go back to that fantasy to feel better.

You’ll find yourself in the real world, which you can’t escape from no matter how much you want to. If you don’t open your eyes, other people and situations will do it for you. But it’s better for you to open them for yourself, if you don’t want to be torn apart by the dream you’ve been buried in for so long, a lie that you believed was real.

Wishful thinking is very comfortable. You like it; it’s right where you want to be. But it also turns you into a coward who runs away from reality and everything you don’t want to accept.

Positive Emotions Are the Best Weapon Against Adversity

Link copied!
Interesting Articles
Psychology
Be Careful Who You Trust

We all have the sensation that we are processing the world exactly as it is. It is easy to understand…

What are mirror neurons? While watching a musical or theatrical performance, we sometimes experience the desire to perform the action ourselves, or even experience different sensations while watching. This response, according to…

Psychology
Psychosomatic Disorders: when your Mind Hurts your Body

Psychosomatic disorders are proof of the power that the mind can have over the body. In a psychosomatic episode, the patient…

Being extraordinary isn’t enough. In fact, it’s quite useless to have amazing qualities if we don’t use them to our…