Whatever Needs to Happen Will Happen 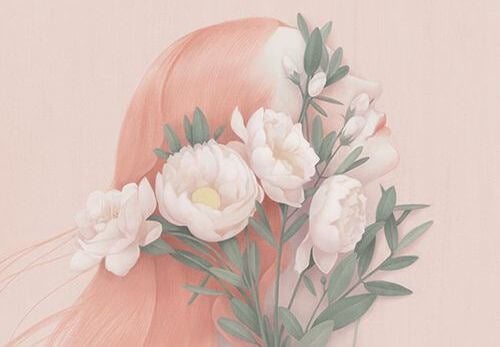 Today I’ve decided that I’m going to give my heart a break and let things happen naturally, so that whatever needs to grow will grow. Maybe it’s time to stop holding back my emotions, and instead, let them arise and take shape spontaneously without fearing or censoring them. I guess I have to give myself the chance to stop forcing things and stop swimming against the current.

There have been times when I’ve chased after experiences that weren’t made for me, but instead of freeing myself from them, I hoped that they would go the way I wanted them to. I’ve forgotten about the side effects that come with trying to compel the circumstances to adapt to me, trying to fit them into places they don’t belong, and I’ve caused a lot of harm.

So now, if something must come, let it come. I’ll stand with the doors open and my feet firmly on the ground, but without chains. Because chains are never good, especially the invisible ones that you put on yourself and then forget where you hid the key. I’m saying goodbye to inhibition, fear, pressure, coldness, panic, and excessive control.

Forcing situations: the side effects

Most of the time, when I think I have my emotions under control, I’m usually wrong. This is because I am excessively cautious with my emotions, which causes me to try to force situations and lose control completely. Repressing, denying, hiding, or suppressing your feelings instead of letting them grow prevents you from listening to yourself and getting to know yourself better.

I’ve noticed how sometimes I want to either stop time or speed it up, to run away only to regret it later, to deny myself sincerity while I look for it in other people. And I’m aware of how I’ve lost opportunities. I’ve let cars and trains pass by that could have driven me closer to happiness.

Forcing things always produces a state of discomfort and dissatisfaction that hides within you and transforms into negative energy. If you try to do this, you’ll pay a high price for it, because the negativity you feel inside can develop into physical and mental exhaustion. Repressing your feelings won’t prevent them from seeking some other outlet or turning into some kind of illness.

Now I’ve realized that when you free yourself from expectations and let things happen the way they need to, this is when everything starts to fit together. The walls break down and things start to happen naturally.

“I have nothing more than a handful of kisses, and an army of caresses
without a reason to invade you,
but I’ve seen entire cities
collapse over smiles much less beautiful than yours,
so go on, shuffle the cards once again
because we’re going to keep playing right here.”

It’s all about waiting and not making hasty decisions about the unexpected, so that you can take advantage of time as much as you can. It’s also about not getting ahead of things that haven’t happened yet and letting the future develop in harmony, without trying to avoid it or change it before it’s even happened.

How can you do that?

The first thing to keep in mind is that letting things flow naturally is not the same as not making an effort or not doing anything. Rather, it’s being aware that there are many things that you can’t control. Understanding this will allow you to stop crashing against the same wall over and over again. Life changes constantly and unpredictably, and it drags your plans, your projects, and even you along with it.

You have to remember that everything is temporary, and that even time takes time. Rushing, obsessing over, and demanding too much of it can turn against you. You have to be patient so that whatever needs to happen, once you have decided to wait for it, will happen.

“Messing up. It’s what makes a person. It’s how we learn, where we find joy. And the things you don’t plan for are things you never see coming.”

Link copied!
Interesting Articles
Wellness
If Your Intention Was to Do Your Best, Don't Feel Sorry

Wellness
To Be in Love Is to Give Yourself, to Simply Love Is to Desire

That word surrounds my soul when I hear your name: love. A word that I do not use with just any person,…

Wellness
Control Your Anger before It Controls You

Sometimes it takes little for us to lose our temper and for anger to take control. Maybe we're extremely tired and feel more irritable…

A mentally strong person experiences the same fears as the rest of us. What makes them different is the way…