We Don’t Lose Anyone, Because Nobody Possesses Anyone 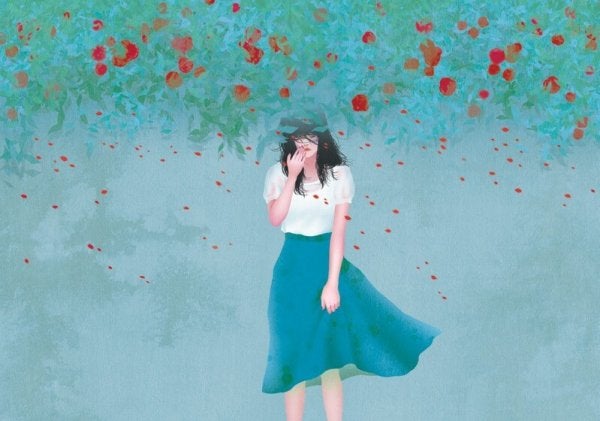 Ownership has come out ahead of being, in such a way that we often fall into the logic of trying to define who we are based on what we acquire. We even end up having problems with our identity when we lose what we once had.

“There is no love, only proof of love, and the proof of love to the person we love is letting them live freely.”

Practically everything that we possess is temporary. In other words, we can use and enjoy it only a while, because it runs out, is wasted, is damaged, or falls apart.

In other words, we do not even have complete possession of objects. Even so, there are people who not only are unaware of this truth, but who also want to possess other people. This can be seen with particular clarity in partner relationships.

According to various studies, monogamy is not one of the distinctive traits in human nature. Quite the contrary: evolution proves that in the early stages of history, polygamy was the norm. Exclusive relationships between two people is the fruit of a long and complex cultural process.

Polygamy came to be viewed as problematic for society as it became more complex through history. However, for a large part of the human population, having just one partner wasn’t an option. Nowadays in the West, this seems almost absurd.

Nevertheless, we cling to monogamy. Not only that, we search for an ideal that we will not give up on: finding someone that “is ours” forever.

A good part of the words and promises at the start of a relationship are based on this logic. “I will be yours forever,” “What we have is eternal,” etc. Sometimes, over time, the relationship simply evolves and the couple learns to establish a balance between individual and shared spaces.

Other times, however, we can’t give up the idea of “having” the other person or believing we possess them. Since partner relationships generally imply a pact of exclusivity between the two members, some go one step further and hope or demand that the other person behaves as if they were a possession. That is to say, the person believes that they own their partner. They lose sight of the boundary separating love from exploitation of the other person.

You cannot lose what you never had

Establishing a romantic relationship with another person does not mean that one person has or owns the other. This is why it cannot be said that a person “loses” the other when the relationship ends. Strictly speaking, what is felt as a romantic “loss” ends up being more of an evolution within a process.

Feelings are not something fixed in human beings. Quite the opposite, both our emotions and our feelings themselves, our needs, expectations, and everything that forms our inner world is in constant motion. We clearly have a temperament and a character that is more or less constant, but our perception in the face of objects of affection or desire is relatively unstable.

If we cannot even say that we own ourselves completely, how could we think that we have possession of another person? If we do, it is because we are trapped in a fantasy of our own ego and this stops us from distinguishing what is ours from what is someone else’s. We end up believing that they are the same thing.

This is why we feel “at a loss” in the face of a breakup, as if we “no longer had” something that “belonged to us” before. We overlook the fact that what changed were the feelings and motivations that once led to intimacy and that now demand distance.

The only void that a human being leaves in the life of another is that of the hope that they would always be there. What is really lost is the support for that hope, but not the other person, because nobody owns anyone. Therefore, when faced with breakup situations, rather than mentally situating ourselves in a state of loss, we should look at the matter as a process of inner readjustment.

Link copied!
Interesting Articles
Wellness
Free Yourself From the Pain of High Expectations

Wellness
Don't Give Up, Even if the Cold Burns and Fear Bites

If there's one thing we know, it's that life can turn out to be pretty complicated, and that fighting against…

Adrenaline is better known in the medical field as epinephrine, a crucial hormone for our bodies. Although it helps improve…

Wellness
When Selfishness Is A Good Thing

Mariela Michelena is a psychoanalyst specializing in relationships. In her books, she talks about how people live in a place of…