The Complicated Dynamics of Favors 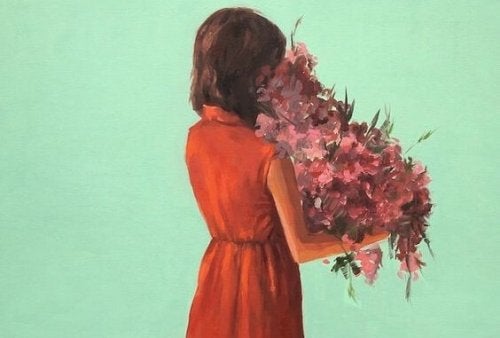 People often say that we quickly forget the long list of favors that people have done for us. The only favor we remember is the one that we asked for and didn’t get. It’s as if the world of favors were a minefield, full of conditions and debts to pay. In reality, nothing should be as free, sincere, humble, and altruistic as the simple act of giving and receiving.

Nietzsche explained in one of his books that there are so many enslaved souls expressing thanks for favors that they choke on the rope of gratitude for their entire lives. This is a relational dynamic as complex as it is interesting. At least from a psychological point of view. Something that should be positive (doing or receiving a favor or giving a compliment is usually a sign of a good relationship) often ends up being something uncomfortable when different factors come into play.

“As the favors multiplied, so did my pain.”

In fact, we’ve all experienced this at some point or another. When someone asks you for a favor, the alarm bells sound almost immediately. It’s something that happens automatically. In less than a second, you ask yourself a million questions. Is it something serious? What will I have to do? Will this require time, money, or giving something up? Will I be in an uncomfortable situation?

As you ask yourself all of these questions, your mouth has probably already said, “of course, whatever you need.” This is especially true if the person asking the favor is someone you have a tight bond with. In that case, you feel obligated to do whatever favor they ask – big or small. These complicated situations are a mix of emotions and pressures. Because of the potentially high personal cost, it’s better to have some clear thoughts on the subject.

Let’s reflect on it, shall we?

The painful world of favors

We all appreciate it when someone does us a favor. That is, as long as we don’t feel like we are in “debt” to them. When that happens, what you experience is a “threat.” It is subtle, that’s clear, but it is a categorical fact. Something like this happened during the 2008 presidential elections in the United States, for example. This is a truly curious anecdote, and it’s worth looking at more closely.

When you organize an electoral campaign and promote a candidate, the normal procedure is to praise their experience, leadership skills, achievements, or legislative hopes. However, when John McCain ran for president, his staff made a disastrous mistake.

They presented McCain as a war hero. He made enormous sacrifices for his country as a soldier. As a prisoner of war, he was tortured. He was, therefore, a person who should be “rewarded.” Because everyone was in debt to him.

This phrase, “in debt to him” was in almost every speech. No one on his advisory team was able to see or understand that our brains automatically translate that phrase into a threat. No one likes to have debts or act under pressure. If someone does you a favor, the last thing you want is for them to come back demanding a pound of flesh, as Shylock said in the Merchant of Venice.

This is the same thing we experience constantly, every day. If someone gives you a gift, you have to return it. If you are invited to a baptism, wedding, or communion, you are usually “required” to give something that is worth as much as the invitation. That might be money or gifts. We spend much of our lives conditioned by what others do for us, often without asking for it. We are also conditioned by the criticism we receive if we don’t want to do a favor someone asks of us.

What can you do about the toxic cycle of favors?

To say that there is a certain toxic air in the world of favors isn’t an exaggeration. Social psychology reminds us of the characteristics of favors in a healthy relationship. The most positive and satisfying relationships are those in which we give and receive favors without being demanding or resorting to blackmail and manipulation.

“Forget the favors you have given, remember those received.”

In this sense, we can’t set aside the fact that “doing favors” is common in every context. Favors validate the bond that you form with your family, partner, friends, or coworkers. Nevertheless, we often hear those typical phrases like “I would do it for you” or “after everything we’ve done for you, now you…”

What can you do, then, when you face situations that are obviously toxic? We suggest you think about the following ideas:

Lastly, keep in mind that favors should be given for free. They are demonstrations of reciprocity based on genuine trust. They should never be based on blackmail. Remember, also, that the best favors, the ones you never forget, are the ones no one asks you for. These show that you are able to anticipate other people’s needs. It shows you love them and respect them.

When People Do You a Favor So You Owe Them One
Sometimes people aren't actually doing you a favor, but rather proposing a deal. But the thing is they don't say it openly.  Read more »
Link copied!
Interesting Articles
Psychology
Can Emotional Intelligence Improve Your Health?

I know that many articles have been written on the topic of emotional intelligence, but can any of you define…

Nowadays, heartbreak and relationship problems are one of the most common problems seen in psychological consults. Cheating, jealousy, emotional dependency…

Rights exercised by assertive people are based on loyalty to themselves and respect for others. It is a foundational exercise of…