Compliments Are Winds Which Threaten to Drag Us Down 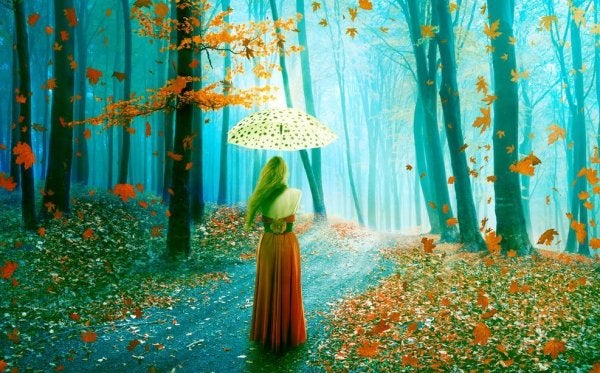 As we grow older, we gain independence. Within a few months, we can move around by crawling. When we reach the age of 10, we are able to go places without anyone’s company. And we leave our family home, when we find a job which allows us to do so. Life is a gradual process. In it, we will stock ourselves with a big collection of compliments and grievances. And along the way, we will learn and acquire responsibility.

However, as much as we move forward in the path of independence, one thing we will never get rid off completely is the influence which other people have over us. This influence can be intentional, like when our boss gives us an assignment. Or it can be more subtle, such as when our boss give us a large set of compliments trying to reinforce our motivation and behavior style.

One day Luis came home looking crestfallen. His mother, upon seeing his mood, asked him what was going on. Luis told her, with sadness, that his schoolmates had told him he was useless. He hadn’t been able to solve the problem their teacher had written on the board.

His mother told him they would go out for a walk through de pine forest near their house. Then, he had to pick a pine cone from the ground and tell it all the bad things he could think of. The kid looked at her perplexed. That Saturday, as he was playing around with the ball, he lifted a pine cone from the ground. Next, he said a lot of terrible words to it that we are not going to repeat here.

That night, while they were having dinner, his mother asked him if he had talked with the pine cone. Luis told her he had. His mother told him that the following Saturday he had to pick up another pine cone, but this time he had to tell it all the compliments he could think of. Of course, Luis did as his mother told him, and she asked him about it again the next day.

Concretely, she asked him if he had noticed on either of the two Saturdays any differences between the pine cones before and after picking it up. The boy said he hadn’t noticed any differences.

His mother told him that the same thing happens with people. She told him that flattery or denigration do not change who we are. Furthermore, she told him that we have a fundamental advantage over the pine cone, and it’s that we can actually learn.

We have all been Luis many times, and we will surely continue to be. Because, the words other people say penetrate within us and leave their influence. Most likely, we cannot prevent that, but what we can do is look at these messages we receive with the perspective they deserve.

Because if someone is trying to create a portrait of us from their point of view, regardless of whether they want to insult us or not, it doesn’t mean their description is more accurate than a random one. In fact, even though he hadn’t been able to resolve the problem, Luis most likely didn’t feel useless before he received the negative messages from his classmates.

When faced with a message of this nature, it is always a good idea to try to introduce a question into our inner dialogue. Why does the criteria and judgment have to be imposed by others and not by you? Realize that they only spend a part of the day with you, and they are only aware of a little part of what you do or what you think. Something that, whether you want it or not, does not apply to you.

Remember that the person who is filling you up with flattery today can be the one who will insult you tomorrow. The same thing can happen the other way around. Do not be like a ship at the mercy of the waves of compliments. Nor a leaf, under the whim of the wind which blows in the form of flattery.

Obtain all the information you want from what people tell you. But in what concerns being, the actual verb to be, you have the last word when it comes to adding adjectives to your definition.  This is a great power. Don’t place it in the hands of others. If you ever do so, at least in part, place it in the hands of people who really appreciate you.

Perceiving is not just hearing, seeing and listening. Perceiving from the heart goes further than that. It is feeling, sensing, knowing…

Psychology
Courage Is Seeing Hope in the Darkness

Most of significant, amazing things that have happened in the world have been accomplished by people who had the courage…