Emotional Immaturity: When They're Just Playing with You 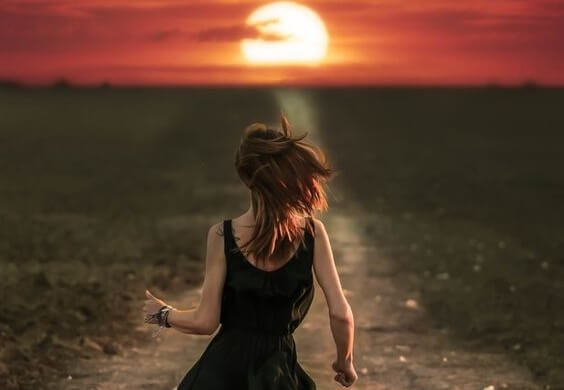 If someone is playing with you and giving you “love” that tastes more like selfishness, let them win. Anyone who pretends to love you only to fill a void, let them win, give them the prize: your goodbye. Because he who plays with you doesn’t deserve you. And if there’s anything you should never give up, it’s your dignity.

There’s a very interesting book written by neurologists Amir Levine and Rachel Heller titled, “The New Science of the Adult Brain: How to Find a Mate”. This book has some fascinating things to say on the topic.

Human brains are programmed to seek out and receive support. We need loving security in our relationships, whether family, friends, or a significant other.

“I was scared of losing someone special and ended up losing them. But I survived! And I’m still alive!”
-Charles Chaplin-

Now, even though it may not sound good to our ears, there is clear evidence that on a neuronal level human beings are “emotional dependent”. However, we shouldn’t see this dependence as total.

We’re talking about our need to know we are loved. Our need to be sure that we’re going to be respected and that we can count on our loved one for anything.

Building a relationship based on power plays where one person always wins, hurts. At the same time, counting on someone who’s “addicted” to making promises they don’t keep, or who only gives self-centered love… it hurts.

The first thing to break down is your brain: stress appears. Stress is a biological instinct which alerts us that something is wrong.

If that framework is shattered, we will immediately enter a cycle characterized by distrust, vulnerability and anxiety. Let’s dig a bit deeper into emotional immaturity and playing games.

We all know that the success of a relationship depends on many factors, but one of them is without a doubt the ability for both parties to give and receive support. If one of the two does not invest in the relationship and support the other, it will slowly deteriorate.

For some reason it’s hard to see this. Sometimes they play with us and we don’t even realize it. They use us as pawns in a terrible game that just ends up devouring all of our hopes and strengths. Systems theory provides some specific reasons for why this happens

When two people unite in a relationship, something bigger than the two people is created. It’s a system, it’s like a sphere full of complex dynamics.

At the same time, we are often too idealistic. We tell ourselves that this relationship is the one. It will be perfect and together we are going to grow as individuals as well as a couple.

Why do we stick around?

We keep up this kind of belief and inner dialogue because our mind needs it. We yearn to feel emotional and psychological security. However, every day this perfect system gets muddied up with small (yet relentless) dynamics. Bigger ones too, though, like contempt, disappointment, and emotional blackmail.

Few people react right away when after the first few blows. The brain is programmed to resist change. It will reason in an unhelpful manner. It might say: “this is temporary”, “it’ll change”, “if he loves me, he’ll notice that he is hurting me”.

However, the system that contains them gets weaker and weaker. Eventually, it crumbles completely like a house of cards. We must walk away in time or we’ll go down with it.

He who loves you, doesn’t play with you: emotional immaturity and treating love like a game

In the book mentioned at the beginning of this article by the neurologists Amir Levine and Rachel Heller, we are told that emotionally immature people are the ones who tend to view love as a game. They react only to the the present. They feed on immediate gratification and the need to satisfy their own needs.

“Sometimes losing is winning and not finding what you’re searching for means finding yourself.”
-Alejandro Jodorowsky

These people will give you the moon, but only if you offer them the sun. They will make you promises when they are happy and blame you for all of their problems when they feel frustrated.
Now, why do we fall for this type of personality? It’s hard to explain. We could say that we are attracted to their intensity and their spontaneity. Sometimes it feels good to be the air they need to survive.

Don’t be fooled. Love is not a game, and if anyone wants to play with us, just let them win. That’s the best thing we can do. Because at the end of the day, we’ll also end up winning. We will have won in dignity, self-esteem and courage.

We cannot forget that emotional maturity is also defined by our observational skills to see what’s going on and do something about it. Even if it hurts, even if it breaks our heart for a while. The satisfaction of having done the right thing will be carry us through.

Toxic Love in Relationships
We often think that the worst thing that can happen to a couple is for them not to work, despite the presence of love. This is not true Read more »
Link copied!
Interesting Articles
Psychology
Active Aging: A Key Part of Well-Being in Old Age

It's not easy to think about, but time goes by for everyone. At some point in your life you'll get to…

Psychology
Education Is the Foundation of a Good Life

There are marvelous instances in which we have everything, where every aspect is held in an almost perfect balance. However,…