The Pain of Lies and Deceit 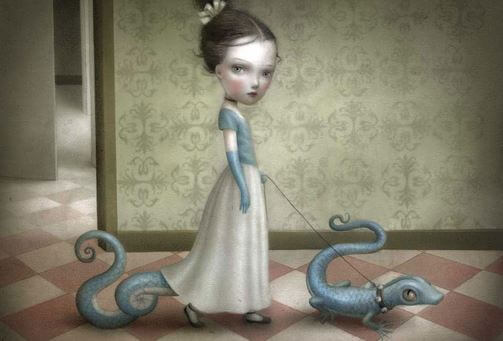 Lies and deceit are truly regrettable. Both are capable of destroying everything in their path, devastating the densest forests and knocking down the highest towers.

The saddest thing about hypocrisy and deceit is that it often doesn’t come from our enemies or people we don’t know, but rather from those close to us. As you’d expect, this hurts. A lot. When we are deceived, the worst thing about it isn’t the lie itself, but what the lie brings with it.

When a feeling as important as trust is broken, something inside us dies. The lie calls thousands of truths into question, making us doubt even the experiences that we thought were the most honest.

One lie changes everything

Both lies and deceit are, in large part, a question of habit. There are many people who are skilled at this “art” who keep us all fooled in a truly astonishing way.

As we know, habitual lying can turn into a serious psychological problem. These people will sell air for any price as long as they can get away with it, or even more appalling, they’ll do it for no other reason than to deceive.

Other times, the lie might be “justified” as a mistake of action, not intention. We call these white lies, because we think in these cases the truth hurts more than a lie.

Some people maintain that any type of lie is based on poor quality relationships, but the truth is that human beings are not very good at seeing more colors than black and white.

In time, everything will be discovered

Lies and deceit always have an expiration date, because it takes a lot to maintain them. This ends up turning into a spiral of enormous proportions that the liar can’t manage.

Once the lie leaves their mouth, they lose control of it. As they say, you catch a liar before you catch a cripple.

However, even though it’s very difficult for a lie to be sustained over time, it’s very common for us to remain deceived. There may be many signs, but our emotional bonds with people probably blind us.

Lies and deceit, two deep wounds in the soul

Betraying the people you love is one of the most detestable things a human can do. It’s difficult to overcome deceit once it’s been discovered, because deceit houses within itself the ability to completely destroy our world.

They feel barefoot, naked, ridiculous. They have to start at zero, rebuild their walls, backtrack over a difficult path, and seal the cracks. With fatal wounds, they have to revive themselves, and they don’t know how.

Healing the wounds caused by betrayal

With the passing of time, the anger and powerlessness that you felt at first will likely turn into a certain sadness for everything that vanished, broke, or withered. It’s in these moments that you can start to heal your wounds.

Overcoming all this takes time, but to do so you have to forgive yourself and stop torturing yourself over what you think you could have avoided. In this way, you’ll be able to make peace with the world and learn to trust again.

If at some point you were hurt by someone, don’t punish yourself by thinking that everyone is the same, because doing so would be like thinking that because you won the lottery one day, you’re going to win again every time you buy a ticket.

Value loyalty as much as you devalue betrayal. Don’t blame yourself. Forgive, because experiencing deceit offers a great opportunity to grow, and teaches us to pick better people to have a place in our lives.

Wellness
Sadness Can Become an Addiction

Sadness is just as necessary as happiness. But in Western society in the past few decades, we've been made to feel…

Wellness
How to Leave a Toxic Relationship

Toxic relationships between partners. They happen every day, all around the world, no matter the country, the graduate degree, or…

A few years ago, I had the chance to live with people who were a lot younger than me. If…

Wellness
Emotional and Rational Empathy: How Do They Manifest Themselves in Our Brains?