The 10 Most Common Lies Men Tell 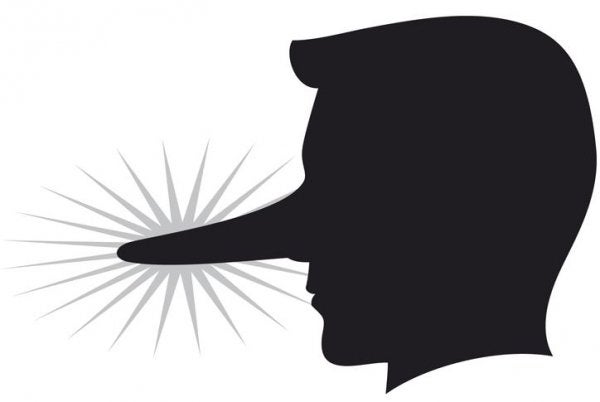 I know this may be a controversial statement, but according to a study done in England, men lie three times as much as women and especially to women. Another study of around 2,000 people, published in Daily Mail, said that men confirmed that they lied around 6 times a day, whereas the women said they lied around 3 times.

There are different opinions on this: to impress the opposite sex, to avoid hurting a woman’s feelings in a given moment, out of fear, insecurity, infidelity…even to get sex.

What are the most common lies men tell?

These are the 10 lies that we have found to be the most common amongst men, but you probably know even better ones…

Women are better liars than men

This, again, is documented by research: women are better liars than men. In addition, according to psychologist Manuel Alarcón Molina, women are better at controlling emotions related to guilt and regret, and when they have a really important secret, they don’t tell anyone, even their best friend.

And what is the unisex lie?

It seems that there is also a lie that’s overused by men and women alike: “Nothing’s wrong, I’m fine.” This is according to a survey carried out by the company 20th Century Fox in England after the premiere of the series “Lie To Me.”

In conclusion, we all lie, women about the money that they’ve spent – “Oh this dress, I’ve had it forever,” and men about going out for a drink with friends.

We hope, dear readers, that you take these words with a sense of humor, just like we have as we wrote them… because at the end of the day, we’re all human and we all lie, both women and men. Some more than others, but this depends more on our personality than our gender.

And so that no one gets angry, we will finish up with a quote by Fabio Fusaro, author of various books for couples: “It’s true that men lie more, but without a doubt, women do it better.”

Culture
Precautionary Principle: What Is It?

Culture
8 Keys to Dealing With Know-it-alls

Know-it-alls often create problems in personal or professional relationships. Their way of acting irritates us. Perhaps they have more knowledge…

Culture
The Color Purple - A Story of Trauma and Resilience

The Color Purple is a Pulitzer Prize-winning novel by African-American writer Alice Walker. Steven Spielberg directed the film adaptation in…