The Lucifer Effect, or Why We Can Commit Evil Acts 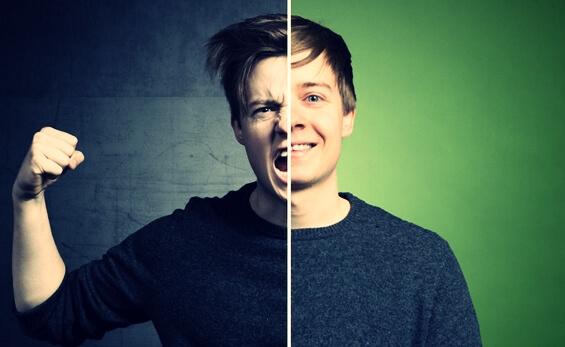 The Lucifer effect can happen in any setting of our daily life. It is a transformation. It can make an apparently normal, good and well-educated person capable of committing atrocious acts. They are people who have no disorder or traumatic past yet find themselves dehumanized by the powerful influence of a particular situation.

Every good criminologist who knows some sociology will tell us that evil is not a kind of “fantasy” or universal term that exists as a mere antonym of “goodness”. It exists in context: a particular social situation and psychological mechanisms related to it.

“The line between good and evil is permeable and almost anyone can be induced to cross it when pressured by situational forces..”
-Phillip Zimbardo-

One famous example of the Lucifer effect is the Salem witch trials when the community of the time was gripped by religious fanaticism, puritanism, and collective hysteria. Another good example is the now famous television character Walter White, from the series “Breaking Bad“.

Anthropologists Alan Page Fiske and Tage Shakti point out that in the Lucifer effect, someone initiates a series of violent acts based on what they perceive to be right. That is, what they are doing, as atrocious as it is, is justified by the complex personal situation and social context. However, we must bear in mind that no violence is ever “virtuous”.

It could be that at a given moment, due to certain social and structural circumstances, a person feels the need or obligation to cross the line towards evil or cruelty. This is the Lucifer effect. Above everything else, morality is a key concept here. In short, morality acts as a decoy for our memory: there is logic or integrity beyond the pressure of the environment or despair.

It is the night of April 28th, 2004. Most people in America are finishing their dinner and sitting down in front of the television to watch the program “60 Minutes”. Something changed that day. The television network invited them to see something that many were not prepared for.

They broadcast images of the Abu Ghraib prison in Iraq, where a group of American soldiers (men and women) sodomize, torture and rape the Iraqi prisoners in the most abominable and humiliating ways.

One of the people who watched those scenes, with immense dread, was the well-known psychologist Philip Zimbardo. But, for him those acts were not new, they were not strange, and they were not inexplicable. American society, however, saw it as a violation of their previously held beliefs.

Suddenly, those who they considered “good” were now bad. Saviors turned into torturers. Maybe they had overestimated the capabilities of the American military?

After the publication of the photographs, those 7 US guards were charged and subsequently brought to trial. Despite everything, Dr. Philip Zimbardo thought it necessary to go to the trial as an expert witness to explain what happened.

In fact, before going to the trial, he made one thing very clear. The evil that had germinated in that prison was the effect of the Bush administration and a policy that clearly facilitated the Lucifer effect.

One of the reasons he felt obliged to collaborate in the trial was that he himself had experienced a situation very similar to that of Abu Ghraib prison. In 1971 he conducted an experiment at Stanford University, the famous Stanford prison experiment. He divided two groups of undergraduate students into “guards” and “prisoners.”

After a few weeks, Zimbardo witnessed unexpected and unimaginable levels of cruelty. Liberal university students, known for their altruism, kindness and sociability, became sadists. And simply for taking on the role of “guard.” Finally, it got to such an extreme that it forced Zimbardo to stop the experiment.

The Lucifer effect and its psychological processes

What happened at Stanford University with that experiment seemed to be a clear premonition of what would happen years later in the Abu Ghraib prison. Dr. Zimbardo wasn’t trying to exonerate or justify the accused soldiers’ actions. He certainly wasn’t making them into victims. Instead, he wanted to offer a scientific explanation of how certain circumstances can completely transform our actions.

These are the psychological processes that Zimbardo identified that make up the Lucifer Effect:

Can we prevent it?

To conclude, Zimbardo explains in his book “The Lucifer Effect” that dehumanization was inevitable. The situational factors, contextual social dynamics and psychological pressure can feed evil in any of us. We carry that “seed” in us, whether we like it or not. However, we can counteract that perverse side with determination, integrity, and clear limits. We can use these things to keep ourselves from forgetting who we are.

Psychology
Somniloquy: Talking in Your Sleep

Has anyone ever told you that you talk in your sleep? Somniloquy is a sleep disorder that causes people to talk…

Psychology
The Influence of Mental Health on the Development of Cancer

We're all aware of the damage cancer has on physical health. When it's diagnosed, a treatment plan is made to…