Evil Exists Because Good People Do Nothing 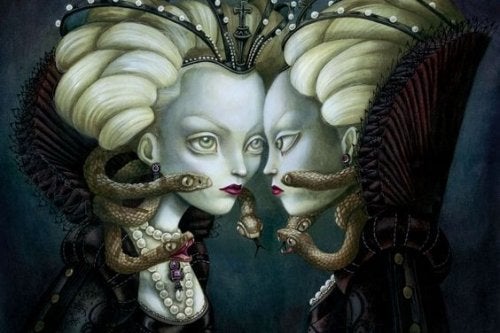 There are people who hoist the flag of kindness and are proud of their altruism. But their words prove to be empty when they witness “everyday” evil and they don’t do anything. Their ineffectiveness is obvious when they turn away, shut their mouths, and stay silent in the face of injustice and other people’s humiliation.

One classic of evil is the genocide of entire groups of people. We hear “evil” and think about people who violently take lives. We imagine a torturer or a terrorist who kills in the name of some god. However, we have to make clear that evil acts are happening every minute of every day, all around us. They happen in our families and people close to us.

Plus, most of us don’t have the opportunity to save anyone from war or violent situations we see every day on TV and social media. However, sometimes all we have to do is look up from our screens to be witness things that violate our sense of humanity.

And so often, we are silent accomplices to these acts. By doing nothing, looking the other way, swallowing our discomfort, and turning our attention towards something else, we are participating.

We’re talking about situations like bullying, or hearing yelling through coming through the walls from our neighbors. Inside, children are crying and spouses are being abused in silence. We’re also talking about that neighbor who harms his pets, that mother who’s mean to her child when she takes him to school, the supervisor who exploits and humiliates his employee.

Evil has many faces, shapes, and ways of spreading its power. Nevertheless, the reason it survives is very clear: because supposedly “good people” do nothing to stop it.

The origin of evil and tolerance of evil

Arthur Conan Doyle used a very interesting term in his books when Sherlock Holmes confronted Professor James Moriarty. He said that Moriarty suffered from “moral insanity”. Without meaning to, this expression actually encapsulates an idea that many of us have. The idea is that only sick people or people with some kind of psychological disorder are capable of committing evil acts.

It might be that as long as we can use the label “pathological”, we somehow find meaning in actions that seem illogical and inexplicable. Nevertheless, as disheartening as it may be, it doesn’t always have to do with illness or disorders. In fact, in most cases of terrible, destructive behavior, there isn’t any antisocial personality disorder or sickness.

Sometimes a normal person does something evil because that’s how they were raised. They may be learned habits from a dysfunctional childhood. Other times they’re people with poor emotional control who get carried away by their impulses and outside influences. Finally, there are times when our surroundings and circumstances act like a current dragging us towards evil.

Albert Ellis himself explained once that an evil “essence” or an evil gene doesn’t exist, or at least it is extremely rare. The truth is, we’re all capable of being accomplices to evil, given the right moment and conditions.

Why do we stay silent in the face of injustice?

Let’s go back to the title of this article. One of the reasons evil triumphs is because supposedly good people do nothing. But why? Why don’t we act? What explains our immobility, our eyes shut tight to the truth? Looking anywhere but where the evil is happening? Let’s look at some basic examples and reflect.

We know it’s not easy, especially when we have something to lose and the others have something to gain. Nevertheless, we should get involved as much as we can. We have to try to look for new ways to defend the person who needs help. Like philosopher Edmund Burke said, justice only exists because people make an effort to go against injustice.

The importance of opening your eyes to everyday evil

We said it earlier and we’ll say it again: evil comes in many shapes and sizes. It can be subtle, and it speaks many languages. Privilege, verbal aggression, discrimination, rejection, injustice…

“Tolerance is a crime when applied to evil.”

It’s not about going out looking for evil and suffering. It’s more simple, fundamental, and helpful that that. All we have to do is open our eyes and be sensitive to what is happening right in front of us. Every day, in our own neighborhoods. We are all responsible for stopping injustice, and there’s no better place to start than at home.

Moral integrity is our everyday duty. It’s when we decide to do something. We denounce the offense, mistreatment, aggression, or injustice. Let’s give kindness real meaning. Let’s give goodness a real voice.

How do I begin telling this story, my story? How do I show you that I had everything, but lost it…

Although they are two separate illnesses, we have known about the relationship between thyroid disorders and depression for a long…