Post-Traumatic Growth: Learning from Your Pain 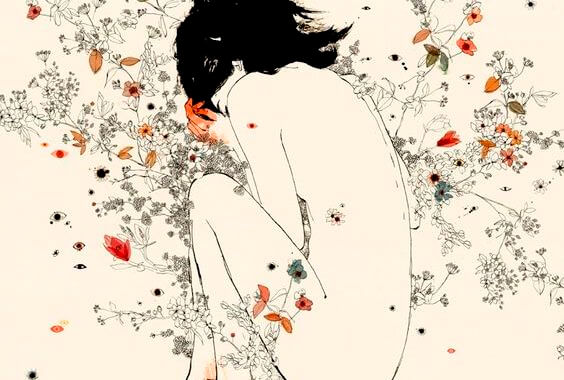 When life is sweet, give thanks and celebrate. When it’s sour, give thanks and grow. Being thankful for everything that happens to you, both the good and the bad, is the foundation of wholeness and true happiness. Even the situations that cause pain deserve gratitude, because they are the basis of intellectual, emotional, and spiritual growth.

Pain and bitter experiences are powerful fertilizers of personal growth. Suffering can spark significant change in you to create a better version of yourself. This is called post-traumatic growth.

“The meaning of life is to give life meaning.”

What is post-traumatic growth?

In the mid-1990s, psychologists Richard G. Tedeschi and Lawrence G. Calhoun researched post-traumatic growth using the Post-Traumatic Growth Inventory (PTGI). They found that 90% of people who experience a traumatic event – and the pain that goes with it – present at least one indicator of post-traumatic growth.

Tedeschi and Calhoun defined post-traumatic growth as a positive psychological change resulting from adversity and challenge, with the goal of achieving a higher level of functioning.

Trauma challenges the person’s ability to adapt, understand the world, and face the pain of loss. These circumstances contribute to a deeply meaningful process of personal change.

The five pillars of the PTGI are:

Post-traumatic growth occurs as the person attempts to adapt to highly negative circumstances that can generate high levels of anxiety.

Growth doesn’t occur as a direct consequence of trauma, but as a consequence of the struggle with the aftermath of the trauma. These effects are crucial for determining the degree of post-traumatic growth.

Social support is a well-documented relief for mental illness and stress. With respect to post-traumatic growth, not only is having a high level of pre-exposure social support associated with growth, but there’s also neurobiological evidence that supports the idea that social support can regulate a potentially pathological response to stress.

It’s also been found that the ability to accept situations that can’t be changed is crucial for adaptation. This is a significant predictor of post-traumatic growth.

Summoning the superhero inside you

We all know stories of people who have gotten stronger and found meaning in life after a terrible tragedy. In fact, this is how some of the greatest heroes of reality and fiction have been created.

For example, if you made a list of fictional superheroes, almost everyone would include Superman, Batman, and Spiderman. Batman and Spiderman establish a crusade against crime when their loved ones are murdered. Superman is afflicted by another type of tragedy, but this character gives us a lot more to talk about if we consider the story of the actor who first played him.

Christopher Reeve, the original movie Superman, became a quadriplegic after an equestrian accident, a tragedy which led him to consider suicide (oh, the irony of life). However, Reeve summoned his inner Superman and, with the same determination that his character displayed, became one of the biggest defenders of people with spinal cord injuries.

This is just one example of how a serious limitation, illness, or loss can lead to an inner revolution. These tragic events are like earthquakes that throw around all the furniture in your head. But with this new life experience, you can put it all back into place with much more certainty.

Suffering Has Taught Me Who I Am

Psychology
Learn to Enjoy Being Alone

Throughout our lives, we were never taught how to be alone. And deep down, almost none of us really like to be. Given the family mandate and social pressure, sometimes we…

Happiness is a state of mind that comes and goes, but some people always seem to be happy. Is it…