Friendship is an Indelible Ink 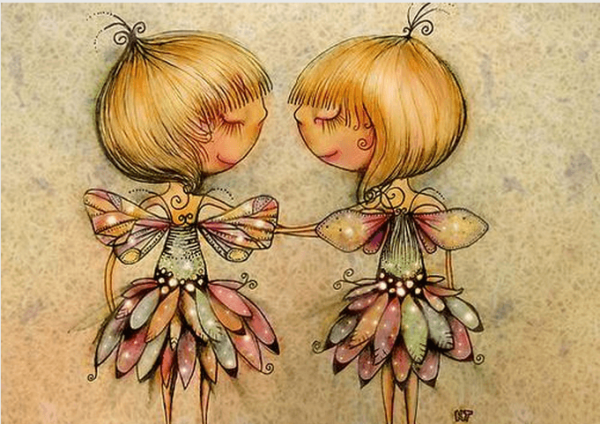 We live in a society where we are increasingly independent and more focused on how many “likes” our posts get on Facebook or how many virtual friends we have, than on having coffee and talking with a friend. But friendship is  more than a simple “like” on a social network.

It seems like friendship has become more volatile, something easier to do and undo. If I don’t like someone or if suddenly somebody upsets me, I block them on Facebook or WhatsApp and forget about it. We tend to have fewer lifelong friends but rather connections around a certain topic or activity (work, sports…). In fact, we keep very few true friends, the kind made of flesh and blood.

“Friendship’s like music: two strings tuned alike will stir though only one you strike.

It’s true that new technologies have changed the concept of friendship because we get to call a friend someone we don’t know. The internet, mobile phones and all the current applications have created a new way to relate to each other and a new idea of friendship.

How we choose our friends

Scientists at the University of California San Diego (United States) conducted a study which showed that not only do we share genetic similarities with our relatives, we also choose our friends in terms of our DNA.

The scientists analyzed the genetic similarities and the connections among different people using two independent health studies. These studies included detailed information on their subjects’ various genome sequences as well as of their social networks.

“Being honest may not get you a lot of friends, but it’ll always get you the right ones.“

The team of scientists selected specific genetic markers within an individual’s social connections. They discovered that as human beings, we tend to establish friendships with people with whom we share two of the six evaluated markers.

Another interesting aspect of the study is that the team found that we look for people, both friends and partners, who complement us. In other words, we also feel attracted by those who have genes marking characteristics we lack.

In other words, throughout our life we believe a number of things about friendship that may or may not be true. Below, we offer you some scientific truths about friendship which are directly linked to our beliefs:

Men and women cannot be friends

We all remember the famous scene in the film “When Harry met Sally” in which the protagonist argues that men and women can never be friends because sex always stands in the way.

A study conducted in 2012 and published in the Journal of Social and Personal Relationships, directed by April Blesh-Rechek, professor of Psychology at the University of Wisconsin, found that men overestimate romantic possibilities more frequently than women.

The study also found that men tended to be equally interested both sexually and romantically in their female friends.  This was regardless of whether they had a partner or not. Attraction is considered an impulse, although it tends to fade away with time.

“Between us there is something better than love: complicity.”

Having a partner moves us away from our friends

Robin Dunbar, Professor of Evolutionary Anthropology at Oxford, led a study about how having a partner affects friendships. He found that rather than having a close circle of five friends as usually happens, people who start a relationship have only four and one of them is their partner.

Therefore, this means that we focus our attention on the person who is our partner, the one to whom we devote more time and attention, and displace two people in our life, usually a friend and a relative.

Love takes up some of our time and we tend to share moments with our partner; unless we stay in touch with our friends, the affective ties with them eventually deteriorates.

Friendship is good for your health

A study on longevity conducted with people over 70 years old at the Center for Studies on Aging at Flinders University in Adelaide (Australia), found that a network of good friends is more likely to extend longevity than kin relationships.

Having friends is good not only for our mood but also for our health. In fact, individuals who have a wide circle of friends have lower blood pressure, are less stressed, have stronger defense mechanisms, and live longer. Friends help to overcome illnesses and above all, create a sense of satisfaction and happiness.

Recently, an ad circulated around the internet which promoted an unusual product: a pheromone-based perfume. The ad indicated that it…

Many times, we cling to someone we love with the hope that they will never stop loving us, that they…

We often speak of stress and meditation as being linked. Indeed, the relationship is generally seen as stress being the…