Friends Are Those Who... 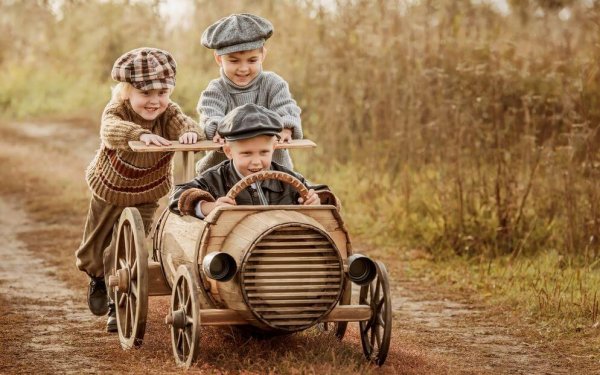 Friends are those who stay to clean up at the end of the party. Those help us prepare for it, or who even prepared it without us with the only motivation being that one day, for a while, we have the leading role in more stories than just ours.

Those who wait until the very end with you, because they know you might need them at the last minute. Those who do not read our minds, but who can read the spark in our eyes or the shaking of our hands. The people in whom you recognize a part that it is not affected by time, the part consisting of complicity and closeness.

In your friends, you recognize a part of yourself and a strange one you admire

They are those in which you recognize a part of yourself, and another part that is strange and different that you admire. Their ability to get a smile out of you when you can’t find a reason for it by yourself. Their patience when nerves attack you. Also, their courage when the reasons to be afraid are many, and their spirit when all seems to be lost. Their persistence when you have told them in every possible way that you don’t want to get dressed and go out.

They are those who remind you with love that what’s theirs is yours. That you’re always welcome at their home. Those who go get you at the station even if they have to leave everything else. They know you will help them out later, and that you will do it even if you are exhausted from the trip.

Of course, do not expect a tidy house or a guest bed. The trust you both share makes you part of their everyday life even if you have not seen each other in a while. They have an incredible desire to see you. To talk to you… to listen to you.

“Friendship improves happiness and abates misery, by the doubling of our joy and the dividing of our grief.”
-Cicero-

They are those who know your essence, and you know theirs

The people whose anecdotes you know better than they do themselves. The countless times you have heard the story about their lost baggage. The days he had to survive in Japan with the same underwear on, until he ended up taking some panties from the neighbor he thought did not looked so bad. He ends up saying they were horrific, and you laugh because every time he tells the story you picture said item of clothing in a different way.

You have even looked up on the internet how the hell panties look like in Japan… and you have found some very, very ugly ones. In fact, you saved pictures of them in your phone in case you have to show them in order to complement the story. Part of their life has become yours. And, as is to be expected, yours has also become part of them.

“In prosperity our friends know us; in adversity we know our friends.”
-John Churton Collins-

Friends are those who…

Friends are those who don’t pass up the chance to answer you or do not leave it for later, especially when they feel you don’t need an elaborate answer. You simply need to confirm they are there. They are those who stay with you, just because they want to spend more time with you. Not just to look good or because they are afraid something may happen to you.

-But I live nearby.

-Ok, but I will go with you anyway.

They are very rare, one of a kind, original in their way of treating you. They are delicate or tough according to the situation. But above all, they are extraordinary, because they are your friends… and there is no one like them. But at the same time, strangely, you are similar.

Among your friends, no two are equal. But at the same time, strangely, you are similar.

They are the ones who heal our wounds by saying “nonsense” which mixes our tears of sadness with tears of joy. Those who get serious when you need ideas in order to resolve a problem. And they refuse to do so when the time comes to rest for a while, to let the problem air out and resolve it later… because they will always come back to you.

Wellness
How Stress Can Affect Your Negotiations

Wellness
Don't Yell at Me, You Won't Slow Me Down

Don't yell at me, because you won't slow me down. No matter how much you raise your voice I am…

Anger, in and of itself, is neither good nor bad. It's what we do when we're angry that matters. Anger is a tool that helps us to read and respond…

Wellness
When I'm Sad, I Need Empathy, Not Ignorance

Being empathetic towards your own sadness is sometimes hard. First of all, empathizing with the sadness we feel would mean admitting…