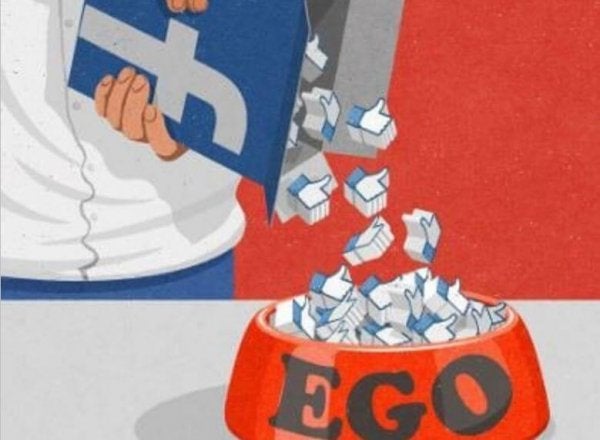 Social networks like Facebook can provide many benefits and can be a source of growth if they’re based on healthy relationships, esteem, and respect.

The problem comes when the habits you develop have a negative influence on your daily life. Habits like always being on your cellphone, needing constant updates, and viewing your friends‘ posts and favorite pages.

Being a slave to social networks prevents you from enjoying the simple things and appreciating the little joys of daily miracles like breathing, quenching your thirst, or smelling a rose, as José Luis Sampedro would say.

Science confirms that avoiding Facebook can have positive effects

The invasion of social networks into our lives is destroying their initial purpose. We watch our friends update their lives and their emotions through a screen, while our friends do the same with us. Because of this, we miss out on the beauty of daily contact.

Most of us can understand that we’re losing a lot by living through screens, apps, browsers, and keyboards. In the past, the most common habit before going to bed was reading a book, but now it’s immersing ourselves in social networks.

On top of that, it has become difficult to even enjoy a movie on the couch for 2 hours without looking at a phone or tablet. This, obviously, has repercussions on our well-being.

This was demonstrated in a study by the Happiness Research Institute, which suggests that using Facebook doesn’t always have positive effects on your mood. The study was possible thanks to the collaboration of 1000 people, 500 of which stopped using Facebook for one week, while the other 500 continued to use it regularly.

At the end of one week, 88% of the participants who stopped using Facebook said that they felt good, compared to the 81% of those who continued to use the social network. This fact isn’t striking itself, but if you look at the percentage of people who stated that they were satisfied with their lives, you’ll find that:

The reason for this difference, according to the researchers, is the envy and frustration caused by not living up to the edited versions of life that we see on our newsfeeds. When we disconnect from the most popular social network, we feel more enthusiastic, less preoccupied, more determined, and less lonely, because we spend more time face-to-face with our loved ones than looking at a screen.

Another problem that develops when we relate to each other through social networks is that we violate our own privacy, as well as that of others. Because we’re not talking to anyone in particular, we end up depersonalizing the recipients of the message (or at least, we see them as benign and trustworthy).

This often leads us to use Facebook as a diary or a platform to confess things that are really private and that we shouldn’t divulge to the public. As a consequence, we end up fueling gossip and misinterpretations.

The conclusion that we can draw from these studies and from the reality we live each day is that new technologies and social networks should be used in moderation and with common sense. In other words, we should prevent them from invading our lives with unreality and spend more time enjoying the things we can experience in person.

Are We as Happy as We Seem on Social Networks?

Psychology
Education Through the Amazing Eyes of John Dewey

John Dewey (1859-1952) is considered one of the most important educational psychologists in history. Also, his models in this field were…