What Does Science Say About Love? 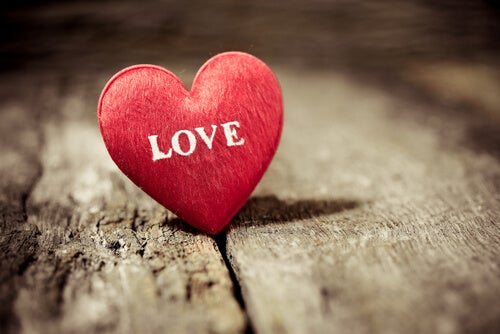 We all have our own ideas about what love is. Most of us have experienced the emotions that take over when you fall in love, but what happens in the body? What does science have to say about it? In recent years, science has delved into this subject to discover what pushes us to fall in love and the various processes that occur in the brain.

Love has a huge impact on our lives. It changes our behaviors and moods and invades our thoughts. It can even interfere with the performance of daily tasks. From an evolutionary point of view, the goal is to ensure reproduction and the care of one’s offspring in their first few years of life. According to scientists, this is why we couple up.

The chemistry of love

When you’re falling in love, many different neurotransmitters are involved. Your brain chemistry changes, which triggers the typical symptoms of love. The neurotransmitters that are most closely related to this process are dopamine, norepinephrine, and serotonin.

Levels of dopamine and norepinephrine rise, while serotonin levels decrease. The first two are involved in the brain’s reward pathways. They cause you to focus all of your attention on the person and make them the center of your world. Your main objective is to receive their attention and love in return.

This “chemical bomb” is very similar to that produced by cocaine. Therefore, you could say that the initial phase of falling in love is like an addiction. Dopamine allows you to remember minute details about the person, while norepinephrine facilitates the memory of new stimuli. The decrease in serotonin causes you to have obsessive thoughts.

What areas of the brain are involved?

There are two areas of the brain that are most directly related to falling in love. The first is the ventral tegmental area, which produces dopamine and induces a state of euphoria – that feeling of completeness that pushes you to achieve your goals. The caudate nucleus deals with passion and is one of the most primitive areas of the brain.

Through neuroimaging, scientists have been able to detect activity in these areas in people who are in love. These areas form part of the reward pathway, which causes you to focus all of your effort towards achieving something. They’ve also observed that a similar pattern of activation is produced when eating chocolate.

The addictive characteristic of love gives rise to obsession and compulsion, with the partner as the object of these behaviors. It produces dependence, both emotional and physical, and even changes in personality and tastes. The feeling of not being able to live without that person is due to the surge of dopamine in these brain areas.

Desiring someone is not the same thing as loving someone. Although when you love someone, you also desire them (especially in the first few years), they’re not the same thing. When you desire someone, testosterone is released in high quantities due to the increase in dopamine and norepinephrine, which stimulate its production.

What about the reverse? Can desire trigger love? It’s possible, but not certain. The increase in testosterone can provoke it by increasing the levels of neurotransmitters involved in love. But when you maintain a relationship that’s motivated solely by desire, you don’t care whether the other person has relationships with other people, which doesn’t happen when you’re in love.

Rejection and breakups are difficult to handle, and the brain and its neurotransmitters also take part in this phase. When there’s a relationship crisis, even more dopamine is released. This is because it pushes you to fight for what you want and protect it. When this increase occurs and you don’t receive the reward you were after, the amygdala is activated, producing anger.

Anger, the first phase of the breakup, marks the fine line between love and hate. Given that the brain can’t allow such a waste of energy for a long time, once the first phase has passed, it moves onto the second phase: resignation and sadness. In this phase, you surrender to the fact that they don’t want you anymore.

Dopamine levels fall sharply, which causes sadness and dejection. It’s a sort of cathartic brain mechanism that prepares you to start from zero. It also indicates that although the duration of sadness depends on many internal and external factors, brain chemistry is eventually restored and in a certain amount of time, you’ll be ready to find a new partner, chemically at least.

Does love have an expiration date?

This is a difficult question to answer because there are many examples to support both yes and no. Although science has attempted to answer this question in the best way possible, researchers note that really, we’re monogamous, but successively. In other words, our brain chemistry favors having one partner, but for a certain amount of time – around 4 years.

It’s a universal tendency to break up and restart the cycle of love with a different partner. From an evolutionary and adaptive perspective, the aim of this is to achieve more genetic diversity and have more offspring, spreading your DNA far and wide.

But one thing is for certain: currently, many people still long to find a life partner. Despite some biological facts that go against finding a life partner, that doesn’t mean it’s impossible. There are couples who are able to make their desire, complicity, love, and trust last forever. Fortunately, we’re more than just a repeated sequence of varying neurotransmitter levels, passing through the same states over and over again.

Scientific Ways to Improve a Relationship

Some people are just like that. People we like at "first sight." We don't really know what it is about them.…

The social sciences attempt to understand human behavior from very particular perspectives. If you want to study behavior, you have to…

Psychology
Kindness Does Not Have to Be Above Assertiveness

Right now you might think "Really? Are you telling me that kindness can be a problem in a relationship? I'd…