Every Beginning Has an End 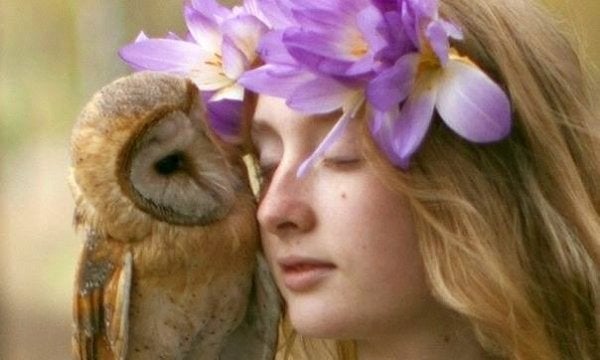 Work ends, love ends, existence comes to an end, because everything, sooner or later concludes definitively. Everything in life is temporary and expecting things to be “eternal” usually causes us great frustrations that are difficult to overcome.

We need to know how to put an end to aspects of life that have run their course. Forcing these situations to survive, when they are almost dying or already dead, is like crying over spilled milk.

“… nothing lasts: not the starry night, or misfortunes, nor wealth; all this will soon have fled one day. “

Nothing lasts forever, everything has an end

What happens with the major spheres of life (dreams, intellect, love, etc.)  is also reflected in the smaller spheres (material wealth, beauty, fame) which also have an end. Both big and small end because everything in life “is borrowed” and has an end.

Even those material objects, when they fulfill their cycle, often generate discouragement and even anger in us, which is contrary to what they produce when they are new. This, perhaps, is because we give them an everlasting character. We treat them as if they were part of our own life or another organ of our body.

When we get plastic surgery to disguise old age or perform long hours of exercise, not health, but to maintain a youthful figure, we fall into the fantasy of impossible dreams, of impossible desires, and useless causes.

Because instead improving our physical appearance (which in some cases is possible), we diminish our dignity and our human condition. We become something like a product for sale, trade and marketing to satisfy others.

If something has a chance to be more durable, but not eternal, those are intangible and profound realities.

“Nobody knows what they have until they lose it”

Many times we complain and reject a person or certain situations, until these people are no longer around, or even die, or until those situations, which were originally negative, become much worse. It is the comparison that gives us a real insight into what makes us suffer and puts the intensity of our suffering on a scale.

For example, when you complain all the time about your partner and when you go back to being single, you start to value even the smallest detail of that person. Or when you go from living in a humble home full of warmth, to a nicer place, but without the familiar atmosphere. Also when you complain about a simple flu, as if it were a tragedy, until you become sick with something more serious.

When everything starts, most of the time, it has an aura of novelty and is full of hopeful promises. But over time, we begin to see more defects than virtues, in objects, people and situations. Thus, when these realities end or disappear, the opposite occurs: we focus more on the virtues and minimize the defects.

The great merit of accepting things as they are

To the extent that we accept and assume that everything that begins must end, we will avoid more than one problem. It is not to say that we should plunge into despair, or fall into cynicism. It is knowing that there is always a time when we must say goodbye.

Loss and grief are constant in our lives. Throughout our entire existence we will have to say goodbye many times to people, situations or beloved objects. Everything is temporary, nothing lasts forever, not even our own lives. We all know this and yet, we create the same fantasy of eternity again and again.

Not knowing how to detach, not knowing how to say goodbye or decide the end of something can be quite problematic. Just like its opposite: never committing for fear of losing. Maybe if we learn to see the fact that everything is over more naturally, we will enjoy more of what is around us here and now, instead of longing for everything once it’s gone.

I learned that saying goodbye is the art of a suffering that also teaches us to grow. Because letting go is allowing others … See more »

What's a pyramid of emotional nutrition? You probably know about the healthy food pyramid. Well, experts state that healthy emotions…

Wellness
When Being Independent Makes You Feel Alone

Independence is something that many seek. It is in our nature to let go of the ties that bind us…