Psychology reveals a new personality type: dark empaths. This personality type defines those people who seem cold and have dark personality traits, but who also are kind, compassionate, and emotionally connect to others. 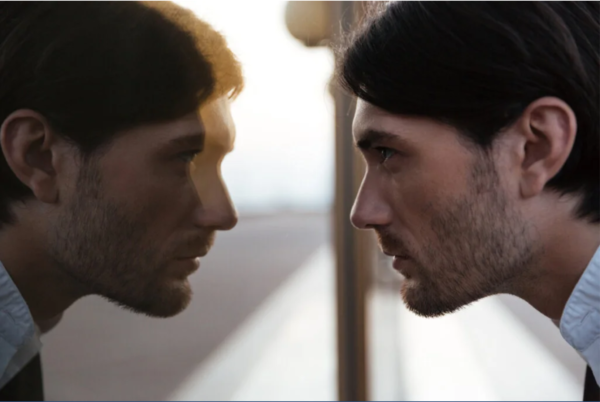 If there’s one popular belief in the field of psychology, it’s that psychopaths, Machiavellians, or even narcissists lack authentic empathic traits and competencies. However, this issue is more complex than you might think. So much so that, in recent years, psychological studies on personality are revealing a new variable that’s as interesting as it is revolutionary: dark empathy.

Now, what does it consist of? It’s a new psychological construct that would define a small percentage of the population. They’re individuals who, although they present certain “classic” dark personality traits, reveal a brighter side, a side that’s almost compassionate. This fact has steered experts’ attention, and research on this subject is on the rise.

Some experts describe dark empaths as the anti-heroes of classic movies and novels, such as the Harry Potter character Severus Snape. To a large extent, these are people who, despite displaying somewhat cold behaviors and mastering the art of manipulation, hide their inner talent, personal responsibility, and basic kindness.

In the field of evolutionary psychology, it’s often believed that “dark traits” could confer a sense of impetus to humanity. Skills such as conflict resolution, the ability to lead others, make quick decisions in complex conditions, or not give up on one’s goals are clearly positive traits.

Now, what do we mean when we talk about dark traits? These define a construct that’s referred to as the dark triad (coined in 2002 by Paulhus and Williams). This term refers to the personality characteristics of narcissism, Machiavellianism, and psychopathy. Dark traits define a clearly malicious interpersonal character in which emotional coldness, aggressiveness, and inauthenticity stand out.

However, what if we were to say that within that wide spectrum of traits that define that dark profile, there’s a more compassionate and civic type of personality? Recent studies have revealed a new psychological construct: dark empathy. This newly coined trait would, in some way, represent that more conciliatory side of the dark triad. Let’s analyze it.

This research paper was published in July 2020. Along with Auckland University of Technology (New Zealand), the University of Nottingham and Bishop Grosseteste University (UK) conducted a study to better understand the role of empathy in the dark triad.

Can you be an empathic psychopath? Do compassionate narcissists really exist? Actually, what this study shows us is that there may be some people with “certain” psychopathic, Machiavellian, or narcissistic traits, who are also defined by dark empathy.

What are the characteristics of the dark empath?

They’re mostly men. Dark empathy is represented in the world of cinema and literature as the typical mysterious or evil character who, in the end, turns out to have a good heart. He’s the vampire who doesn’t drink blood; or the cold and antisocial detective who always stands up for and takes care of the needy. The calculating thief, who leads his gang to commit a criminal act for a good cause.

These are prototypical images that can show us how so-called dark characteristics can be positive. Hence psychology’s interest in them. In the end, these personalities portray a series of characteristics that can be useful for certain jobs: spies, soldiers, doctors, and even public positions. Let’s have a look at how to define them.

Dark empathy is characterized by clearly extroverted, dynamic behaviors of high openness and ease in expressing feelings to others.

Likewise, a neurotic character is often part of these personalities. In other words, they’ll most likely go through marked emotional ups and downs (anxiety, depression, and phobias, for example) These people often suffer from emotional pain.

Their kindness is authentic. They don’t fake what they feel and they delight in relating, meeting people, and connecting with people.

They like to have power but they encourage participatory leadership

One of the common traits that usually dominates the dark triad is the need for power. They like it, it defines them, and they feel fulfilled by being leaders.

However, dark empathy has an advantage: it can lead to a more humane sense of leadership. These people are able to bring out the best in others for the good of all. They’re the leaders who inspire, participate, and drive others towards common success.

Another characteristic of this highly empathic personality is a type of vulnerable narcissism. They get hurt easily. They’re able to understand and respect the realities of others. However, they get very upset when they hear negative comments about them.

Finally, it’s interesting to see how dark empaths are highly competent in many areas. They’re talented, they’re good leaders, they connect very well with people. Of course, they still show complex traits, such as a certain narcissism and clear manipulative skills.

In short, studies on this psychological construct will continue in the coming years. In no time, we’ll likely know many more things about the role that people with this personality type play out in society.

The Narcissistic Trap – Pride and Arrogance
Some people think they are omnipotent, superior, and that they're always right. Continue reading to find out more about this narcissistic trap. Read more »
Link copied!
Interesting Articles
Emotions
Kama Muta: The Most Intense Emotion

There are times when we feel desperate because we can't make sense of what's going on around us. We feel…

Emotions
The Relationship Between Rheumatoid Arthritis and Negative Emotions

Rheumatoid arthritis is a disease that affects all the joints of the human body. It produces very uncomfortable symptoms such as…

Demisexuality is a sexual orientation. It describes those who only feel a sexual attraction for people with whom they have…