How to Resolve Remote Work Conflicts

Do you telework? If so, you may have already experienced a misunderstanding with your boss or colleagues. Continue reading to find out some way to resolve remote work conflicts! 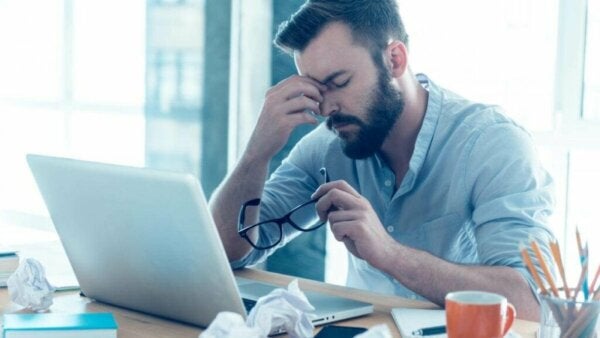 Times are changing, for better or for worse. Everyone must constantly adapt to new circumstances. For one, teleworking is a new dynamic in which challenges continuously arise. Are you prepared to resolve remote work conflicts?

The displacement of work to the home isn’t at all what many thought it would be when it started. It isn’t always possible to reconcile it with family life. Thus, people often end up working many more hours than their contracts stipulate. Then, there are problems such as disagreements, conflicts, performance evaluation, communication between groups, and problem-solving.

Both SMEs and large consolidated companies experience dynamics they didn’t have an infrastructure for. Due to the current context, many organizations have had to improvise and launch into teleworking from one day to another. They didn’t have the right conditions, so it’s all trial and error.

This type of work needs the consensus and agreements of both the business world and public administrations. Likewise, it’s also necessary to develop specialized teams to advise directors, managers, and employees to deal with daily organizational problems. Of course, there are inevitable conflicts.

As a curiosity, note that the first attempts at teleworking began as early as the 1980s (Belzunegui, 2002). However, and due to the enormous business resistance, companies didn’t establish them, even on a trial basis. It wasn’t until the 1990s when this modality began to develop in various countries. This is because ICTs (information and communication technologies) were already available.

However, companies have made little progress since then. For example, there isn’t a legal body to frame it. In fact, there’s a lot of improvisation and arbitrariness. Employers take employees for granted and think they’re doing them a favor by letting them work from home. They just assume they can be as productive as when they’re at the office.

Thus, not enough regulations govern the modality of teleworking and the lack of preparation by companies. Also, there’s no stipulation of the timetables and the costs of the infrastructures used by the employees at home. In addition, there are no measures for the coordination between the working groups, the team leaders, the managers, etc. Hence the labor conflicts at work. Unfortunately, this is happening more and more frequently.

You weren’t online when they needed you!

Has it ever happened to you that you step out of your desk for five or ten minutes and your boss or co-worker requires you for a function right at that very moment? Beyond the anecdotal, this can raise suspicions when it comes to measuring employee productivity. In fact, it only takes one miss to make a person believe an employee is slacking off at their job.

So, how do you solve this? By rigorously clarifying the conditions under which a person must do the work, such as a schedule. The fact that an employee spends many hours in front of a computer doesn’t mean they’re productive. Thus, you must consider performance by objectives or specific tasks rather than by attendance in order to simplify it.

Your boss or another colleague sends you an email. It takes you ten, twenty minutes, or two hours to see it because you’re already making dinner. Problems and misunderstandings arise because many members of the organization forget that remote work isn’t the same as working at the office.

How do you solve this? You must assume the scenario is different and accept it. You can avoid work conflicts by understanding that response times will be lengthy. Immediate availability isn’t always possible when you telework.

Remote work conflicts: Who asked for what? Who did what?

There’s always a time when chaos erupts as soon as you turn on the computer. Actually, one of the most common conflicts in the workplace is that everything is incidental and nobody knows where to start, what to do, or how to solve so many last-minute contingencies. The tension increases when someone blames a third party. Then, that third party turns around and blames a second party and the second party blames the tenth party. In the end, no one moves forward and that workday lasts twelve hours.

So how do you solve this? You need to have a remote team coordinator. This person will be in charge of coordinating tasks, as well as making the organization flow and set the daily agenda.

To conclude, add stress to these factors, along with the feeling of isolation, the perception that you’re working more than you used to at the office, etc. There’s still a lot of progress to make, and much to reorder and reconfigure. Remote work conflicts are a challenge society must address as soon as possible for the benefit of all.

Remote Work – Independence or Isolation?
The world of work has changed significantly in recent years. One of the most relevant transformations is the emergence and spread of remote work. Read more »
Link copied!
Interesting Articles
Organisational Psychology
Managing Your Personal Life When Working at Home