Confronting My Own Thoughts 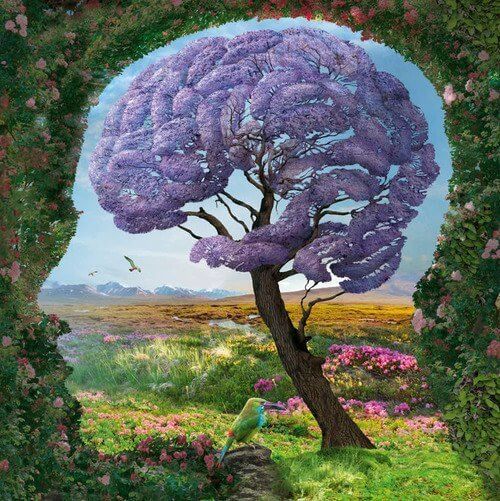 The Socratic method is a teaching method in which one questions one’s own thoughts and beliefs. Its objective is to replace unrealistic ideas with others that are better adjusted to reality. It has been strongly supported as effective in cognitive psychology by empirical evidence, with more than 2,000 scientific studies.

Behind an exaggerated emotional state there is always a thought, exaggerated and false, which provokes it. Events do not determine our emotions. There always exists the intermediate step of cognition. That step is where we have a certain margin of control.

“Not even your worst enemies can harm you like your own thoughts can.”

From where does the idea of confronting our own thoughts come?

It was the philosopher Socrates who began to debate with his Athenian colleagues after a visit to the Oracle of Delphi. This is why this method, dominated by dialogue, is named after him.

Socrates, through logical questioning, tried to find the truth of the arguments of his colleagues and therefore decide whether or not these were reasonable and logical or not. If they were not logical, there would come a point in the debate in which the speaker would contradict themselves. After such point, he would have to inevitably accept the other more logical and rational point of view.

The importance of learning how to reason

Human beings have the tendency to think irrationally, falsely, and in an exaggerated manner. It is true that certain negative thoughts can many times help us in protecting ourselves from danger, seeking out help, or confronting certain difficult situations. But other times those thoughts are so out of proportion to reality that they do not help, and instead they hinder. They make us go against our better judgments, and distract us from our objectives.

People must learn how to reason, to think logically, to become attached to one’s own reality and not to one’s biased interpretation of that reality.

In therapy, the Socratic method teaches patients to be their own self-questioner. They are taught to discuss their own thoughts and interpretations until they come to the conclusion that they must reject illogical thoughts and modify them for other more healthy thoughts. These healthier thoughts can lead to more healthy and peaceful emotions.

How do you carry out Socratic questioning?

As mentioned above, confronting and questioning our own interpretations of reality means questioning ourselves, to find out if what we are thinking is logical or not. We must decide if our thoughts correspond to reality or if we are becoming victims of our own thoughts or mental filters.

We have to keep in mind that we perceive reality through our five senses, and it is only those which we must trust. For example, if my thought is “it’s raining”, I have to prove to myself that this is true. In order to do this, I have to ask myself a series of questions:

With these important questions, we can prove that our thought is realistic, logical, and reasonable. But, what happens with other thoughts that are more negative and irrational like “I am useless”, “this shouldn’t have happened to me”, or “my life will never make sense again”?

Even when confronting these darker thoughts, the reasoning process is the same: we have to confront these ideas with reality. We must ask ourselves the same questions until we can verify if the thought is true or not, just like a scientist would do with a hypothesis.

Therefore, patients who learn the Socratic method have to seek out arguments that refute all of those mental processes and demonstrate that those negative thoughts are false and exaggerated. So, when confronting the thought “my life will never make sense again”, we should ask ourselves:

Question yourself to know yourself

There are many questions destined to prove the empirical validity of certain negative thoughts. Some of these questions explore the arguments, like those we have just seen. Others are destined to prove the usefulness of the thought. Finally, there are others that are meant to verify whether or not what we think is actually true, and actually as serious as we believe.

The more questions we ask ourselves the better. The objective is to convince ourselves that we actually are exaggerating our situation, making ourselves anxious for no real reason, or saying that something is terrible when, in reality, it is unfortunate, but bearable.

When a person trains and practices this Socratic dialogue daily, they can become an expert. They can learn to interpret the world in a more healthy and rational way. By confronting that internal negativity, they can create calmer, healthier emotions. These, in turn, allow the person to confront their problems much more rationally and calmly. The key is to persevere in this method until becomes automatic.

Link copied!
Interesting Articles
Psychology
5 Telltale Signs that a Child is Being Bullied

It's not always easy to see the subtle signs that a child is being bullied. A bullied child is often…

Psychology
Why do We Believe Fake News?

These days, we're experiencing an epidemic of false news reports and half-truths, otherwise known as "fake news". Misinformation is the order of the day, and we don't know whether to believe…

Psychology
Being Happy Does Not Mean Being the Best

In our society, being the best has become one of the most important goals. From a young age, our performance…

Like Facundo Cabral once said, "we should just eat grass, millions of cows can't be wrong." He's referring to the irony…

Psychology
What Goes On Inside The Mind of Psychopath?

The word "psychopath" immediately directs our minds to several icons of modern culture. Not all of them would be consistent with…