The stigma about the absolute lack of empathy in people with Asperger's syndrome ignores their hypersensitivity. This is because, contrary to what most people believe, they do feel, see, and appreciate other people's emotions. 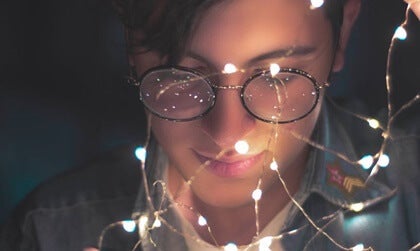 People still believe Asperger’s and empathy are mutually exclusive. Even though they’re wrong, this belief is still ingrained in most societies. However, neuroscience clearly states that people with this condition do feel other people’s pain. In fact, they can see it, appreciate it, and even worry about it. They simply don’t know how to react, respond, and behave in such situations.

Possibly, both movies and TV series have contributed to this image of autism spectrum disorders. Firstly, the most important fact to consider is that this condition falls within a spectrum, as per its name.

Some people have much more rigid behaviors and others greater difficulties in terms of speech and communication. Also, others are high functioning, have good memory skills, and high potential in certain areas of knowledge, such as science or mathematics.

As you can see, not all children with ASD are the same. Yes, Asperger’s syndrome is the most common within the autism spectrum but the generalizations are usually incorrect. This is a developmental disorder that requires understanding and closeness. Thus, it’s necessary to understand a little bit about how empathy works in this internal universe.

Characteristics of Asperger’s and empathy

Do people with Asperger’s syndrome lack empathy or is it present in the same way as in neurotypicals? The answer isn’t as simple as a resounding “yes” or a conclusive “no”. The issue isn’t simple because empathy, by itself, isn’t as simple a dimension as you might think.

Christopher Gillberg, a professor at the University of Gothenburg in Sweden, is known for developing the most common diagnostic criteria for Asperger’s syndrome. This doctor usually defines this developmental disorder as a “disease of empathy“.

Emphasizing this idea alone is synonymous with feeding collective stigma. In reality, it’s important to understand that empathy works differently in people with Asperger’s.

Empathy is present in two ways. The first is cognitive. Thanks to it, you can see the world from another person’s perspective. You can understand what’s happening to them because you can put yourself “in their shoes”.

Then there’s emotional empathy. In this case, you can’t really feel what another person feels. Instead, you experience a sort of emotional contagion. You can see, feel, and connect but don’t understand. When you do, it’s thanks to the coalition with the other type of empathy, the cognitive one.

This is what a person with Asperger’s experiences; they can identify the pain and joy of another and be infected by it. However, they don’t know how to react or what to do. This is because their cognitive empathy isn’t always present.

The Institute of Neuroscience at National Yang Ming University (NYMU) in Taipei, Taiwan, conducted an interesting study in 2014. It involved identifying how the brains of people with Asperger’s work.

They noticed that empathy in people with Asperger’s syndrome and the mechanisms that orchestrate it are there. The processes related to the identification of other people’s pain are real, however, not in the same way as in neurotypical people.

One could explain these differences thanks to a work published in the Molecular Autism journal. Professor Baron-Cohen, from the Autism Research Centre at the University of Cambridge, conducted a study. In it, he discovered the presence of gene GABRB3 that could be behind these alterations in empathy.

This gene also regulates the functioning of a neurotransmitter called gamma-aminobutyric acid (GABA). In this way, the alteration in its functionality could lead to more rigid behaviors. For instance, hypersensitivity to the stimuli and difficulty understanding or finding oneself in other people’s perspectives.

However, there’s another even more interesting fact. The alteration in this gene isn’t exclusive to the group with ASD (autism spectrum disorder). Every person has a variation in the GABRB3 and, thus, shows certain limitations in terms of empathy.

This fact is quite striking. In fact, researchers Henry and Kamila Markram, Israeli neuroscientists, point out that one of the problems of people with autism is hypersensitivity. Everything is too intense and overwhelming for them. The world has too many stimuli, sounds, lights, and smells.

Furthermore, the emotional world is too chaotic for them, as striking as it may seem. They experience everything excessively and painfully, with excessive anxiety.

Thus, according to these scientists, people with Asperger’s do feel other people’s emotions. They often feel too much and block these feelings because they don’t know how to react or what to do.

The feeling isn’t pleasant though. This is because they feel overwhelmed and, thus, avoid eye contact. They turn away and avoid certain social situations because those scenarios are too intrusive.

To conclude, people with Asperger’s syndrome do have empathy. It’s simply different, and that’s something people need to understand. The internal world of this collective isn’t easy and this is why they need your sensitivity and respect in order to integrate into society and its daily life at their own pace and in their own way.

I’m Not a Robot, I Have Asperger’s
through a more rational perspective, full of data. I'm not extraordinary; I'm just like you, but I see the world differently. I have Asperger's syndrome. Read more »
Link copied!
Interesting Articles
Clinical Psychology
What's the Link Between Depression and Academic Performance?