Autism Is Nothing to Be Ashamed of, But Ignorance Is 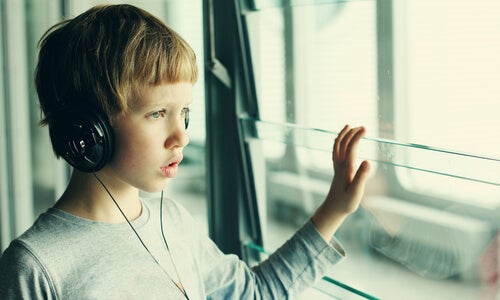 Autism is classified as a developmental disorder that affects communication and social relationships. A child with autism has a more limited repertoire of interests and activities, with a tendency towards repetition and stereotypy.

Given the great variability of symptoms, both the American Psychiatric Association and the Diagnostic and Statistical Manual of Mental Disorders (DSM) have extended the classification to a broader denomination: autism spectrum disorders.

Think of a 3-year-old child who does not play with others and also has a limited behavioral repertoire. A 10-year-old girl who speaks in a monotone, doesn’t know how to express her emotions but is very good at math or has an extraordinary memory. Taking into account individual differences, we ask ourselves: what is autism and what does it imply? How should we intervene?

Changes in the definition of autism and differential diagnosis

In the DSM-IV, the category of Pervasive Developmental Disorders involves five subtypes of autism:

On the other hand, in the DSM-V, four of these subtypes (autistic disorder, Asperger’s syndrome, childhood disintegrative disorder, and PDD-NOS) have been replaced by the general category “autistic spectrum disorders” (ASD).

Rett syndrome is no longer part of this classification system. Instead of distinguishing between these subtypes, the diagnostic definition of the DSM-V specifies three levels of severity in the symptoms, as well as the level of support needed.

There have been many advances in autism research since 2000. We have been able to distinguish between variants of certain genetic chains that are involved in the genesis of autism, so there is clearly a neurodevelopmental component. Many of these genes are involved in communication between neurons, which lead to some of the functional abnormalities that we recognize in autism.

Although this research has helped us understand some of the causes of autism, we must make clear that autism is not determined by a “genetic failure.” Genetic components do, in some way, predispose a person to autism, yes. But that is not enough for a person to develop autism. The multicausality makes possible the variety of symptoms that we find in people with autism.

To keep in mind

Evaluating and intervening in autism

As professionals, when we are about to make an evaluation, we have to handle ethical issues very well. We must address the impact on parents and make realistic predictions. We should communicate that the disorder varies in its manifestation and avoid stigmatization.

How do professionals evaluate autism?

The fundamental areas of intervention are:

We have to increase social interaction.

The child’s high levels of self-stimulation

Their self-stimulated behaviors need to be limited. On the other hand, they need to be connected to the social world and their environment.

In conclusion, we must be clear that any type of intervention requires thorough programming where desired behaviors are reinforced. Furthermore, the instructions we give them must be clear and we must be systematic and patient.

How to Treat Someone with Autism
This is a letter about autism, a reality that affects thousands of families. It's about the fear of the unknown. The rejection of society. The puzzle of Read more »
Link copied!
Interesting Articles
Curiosities
The Psychology of Phishing: When Emails Are Dangerous

We've all heard of the butterfly effect. It's the essence of chaos theory. Chaos theory was first defined by James…

Culture
The Letter from Gandhi to Hitler

Culture
Black Mirror: "Nosedive" and the Dehumanization of the Future

Black Mirror is a rare gem in television. Instead of giving us an escape from reality, the series forces us…