In order to understand autistic people, you must be willing to enter their world and not force them to enter yours. Only in this way will you discover their internal light and the fascinating potential hidden inside them. 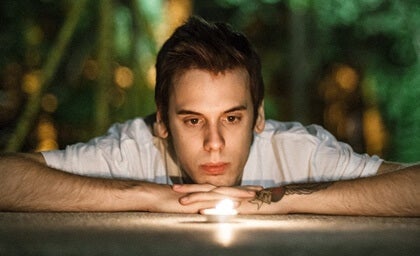 Autistic people are like the rest of us, as they also love and struggle to reach their dreams. This progressive era is rather ideal to reflect on their inclusion in society. This is because many people still don’t understand this condition. Thus, they can’t help them meet their needs and reach their full potential. What’s even more serious, as if such a thing was possible, is that the population still doesn’t fully understand the autism spectrum.

The United Nations General Assembly decided to establish a date to emphasize the need to contribute to the improvement of the daily lives of autistic people in 2007. The purpose is to promote more than their mere integration. They also want to show that they’re unique and can fully enjoy their lives and pursue their dreams within their community.

You must keep in mind that this neurological and developmental condition has a wide spectrum. Some people are more limited than others when it comes to communication and autonomy. For example, there are boys and girls with Asperger’s who possess remarkable intellectual skills.

Every person is unique and extraordinary. Everyone needs to feel accepted in order to be fulfilled and happy, just like the rest of the people.

“Kids have to be exposed to different things in order to develop. A child’s not going to find out he likes to play a musical instrument if you never exposed him to it.”

People with autism must live in an increasingly complex world

The word “autistic” is often used pejoratively. It designates a person who seems to be far from reality. What most people forget is a human being isn’t its label and there’s great variability in the manifestations of this neurological condition. One that affects thousands of people who, in spite of reaching adulthood, never received a diagnosis and are unaware that they, too, may fall somewhere within the spectrum.

Here’s an example. The CDC (Centers for Disease Control and Prevention) conducted an investigation to discover the incidence of this disorder in the population. In 2008, they estimated that 1 in 88 children would present this condition. While a part of them presented mildly perceptible traits and behavior, the quickly identified others, either through their family or school.

Similarly, to this day, people still don’t know why a baby develops such a particular brain structure on certain occasions. One in which there’s hyperconnectivity, an excess of neuronal bodies in the white matter, ramifications of the excessively dense and deep dendrites… All of it shapes a brain with language problems and alterations in executive processes such as attention, problems in sociability, and a clear sensory hypersensitivity.

Now, there’s something to keep in mind within those neurological singularities with a greater or lesser incidence in each individual, autistic people also get excited, feel, love, and dream …

People with autism and the world of emotions

People with autism feel emotions like the rest. But yes, the feeling isn’t the same as understanding. Furthermore, what happens in many cases is they’re overcome by these emotional states and don’t know how to handle them.

Likewise, they can also identify feelings in the rest of the people; however, they don’t know how to react or what to do.

People with autism need social empowerment. Firstly, everyone must respect and support those with a more severe condition, such as Rett syndrome or Heller’s syndrome. Secondly, every child or adult with Asperger’s or with more or less functional autism can fully develop their potential. All they need is to feel that they’re part of the community.

Within this valuable collective, there are individuals and families who deserve full recognition for every effort they make; for every difficulty they overcome. Thus, the fact that a person can’t use verbal communication doesn’t mean they’re less intelligent or have nothing to say.

Likewise, the empowerment of people with autism needs another point of support. You must be willing to go into their world somehow if you care to understand them.

Autistic people don’t perceive their condition as a problem or a disability. This is because they’re neither broken nor defective. They’re just different. They have unique abilities they can contribute to a society that isn’t scared of diversity.

Adults with Autism: Psychological and Social Challenges to Well-Being
Autism in children is the focus of much attention and study, but it's also important to treat adults with this disorder. Luckily, there are many options. Read more »
Link copied!
Interesting Articles
Clinical Psychology
What's Sleep Drunkenness?