Emotional contagion and empathy aren't the same but both usually affect sensitive people. Find out how to protect yourself from it here! 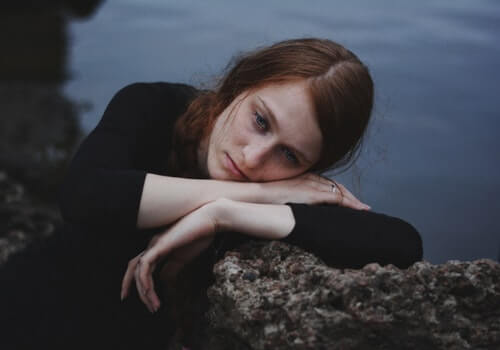 Surely you’ve met a friend who was very happy and excited about a project and their enthusiasm overwhelmed you so much that it motivated you to explore your own ideas. Perhaps you later ran into a former classmate who told you how bad everything turned out for them, which is why they gave up. As a consequence, you decided it was better not to risk it, just in case. The question is: have you ever considered that you’re suffering from emotional contagion and empathy? In other words, that you often absorb other people’s emotions.

That happens because you allow their emotional state to influence how you feel. If you’re surrounded by pessimistic people, you’ll begin to act the same way. You’ll do so regardless of how good your life is or what you’ve accomplished. You’ll suffer an emotional contagion that leads you to appropriate an emotion that isn’t yours.

When you absorb other people’s emotions, you may think it’s because you’re too empathetic. Well, you aren’t entirely mistaken. However, you should know that there are big differences between empathy and emotional contagion. For example:

The empathic ability arises in mirror neurons. Daniel Goleman mentioned it in his book Social Intelligence: The New Science of Human Relationships. According to this author, a group of neurons in the human brain activates when a person performs an action and when they observe it in others.

This activation is what allows you to empathize with another person and be able to understand what they’re feeling. This isn’t a bad thing, though. In fact, it helps build much healthier relationships. However, you must be careful not to start absorbing the emotions of others.

Can you avoid emotional contagion?

If you’re asking yourself this question, the answer is “yes”. However, it isn’t easy to do so. You get carried away by your empathy to the point of not identifying the boundaries. Thus, the line that separates your emotions from those of others becomes blurry. So what’s there to do?

Try to surround yourself with positive people

This is a good first step because, if you’re prone to absorbing the emotions of others, they’d better be positive.

In addition, choosing the people you want to surround yourself with will prevent the sort of emotional sway you feel when you meet four positive and four negative people in the same day. It’s true that you won’t always be able to run away from the latter but if there are more of the former in your life, you’ll maintain a balance.

Empathy helps you understand what others are feeling so you can understand their situations. This ability allows you to put yourself in other people’s shoes, not appropriate them.

Reflect on what you feel

When you absorb the emotions of others, it’s important for you to reflect on what you feel. Why does the motivation to start your own project skyrocket when someone else tells you about their success? Why do you get sad and down when a friend tells you how bad things are with their significant other?

Often, the emotional contagion you experience speaks volumes about you. The first question is regarding what you want to do but don’t put into action due to your own insecurities. The second is that you perhaps get down due to your own fears. Or because it reminds you of that relationship that left a bitter taste in your mouth.

Understanding your emotions will allow you to put the kind of distance that’ll keep you from absorbing the emotions of others. They’re not yours, even if they were at some point. You’re not living the same experiences as others. Therefore, even though you can understand and empathize with those people, you shouldn’t have feelings that don’t correspond to what’s happening to you.

Emotional contagion can wear you out and lead to exhaustion. Have you ever felt like you were absorbing the emotions of others like a sponge? Do you know how to set limits?

Theory of Mind: The Root of Empathy
Theory of mind (ToM) is the ability to distinguish between your own mind and that of others. It allows you to interpret and predict someone's behavior through the mental state that you attribute to them. A mental state can incorporate feelings, thoughts, beliefs, desires, and so on. Read more »
Link copied!
Interesting Articles
Emotions
Anxiety as an Ally, not an Enemy

If there's one popular belief in the field of psychology, it's that psychopaths, Machiavellians, or even narcissists lack authentic empathic…

Emotions
Afflictive Emotions Are as Heavy as Lead

Afflictive or negative emotions are part of everyone's emotional record. Thus, they act as true weights capable of stunting your…

Emotions
The Relationship Between Rheumatoid Arthritis and Negative Emotions

Rheumatoid arthritis is a disease that affects all the joints of the human body. It produces very uncomfortable symptoms such as…